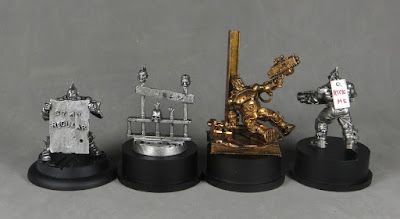 From left to right:

For completeness, and because I don't think I put a picture up before, here are the trophies for the previous campaign, 'The Stern Contracts': 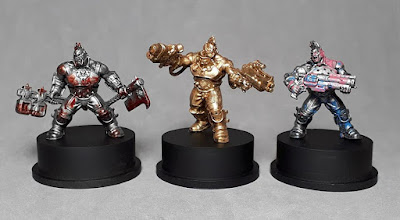 These don't cost a huge amount to assemble (some of the figures have been donated by participants in the campaign), but I think they provide a nice reward for the efforts of the guys who turn up week in, week out over the course of 12-16 weeks. I might make some without Goliaths for the next campaign!
Posted by axiom at 12:23