Following on from Part 1 of my Bring Out Your Lead 2018 (BOYL) report, the Saturday saw me taking part in an all-comers tank battle organised by Whisky Priest. Rather than muddle our way through any of the various vehicle rules published by GW, Whisky Priest was championing 'What a Tanker!' by Too Fat Lardies.

In order to participate, we just needed to bring a suitable tank. You may have already seen Asslessman's Metal Slug or airbornegrove26's insane Pizza Tank. As of a 10 days ago, I wasn't planning to participate in the game, so hadn't prepped anything of my own. In fact, I didn't feel I had anything suitable to use. Then I asked WP if I could join in, and started delving into my hobby supplies to see what I could put together.

Sadly I lacked any kind of suitable hull. I did have the domed top piece from the GW Shadow War Armageddon terrain, and was wondering if I should procure a second to make a rolling tank. And then I wondered if I could scratch build something... 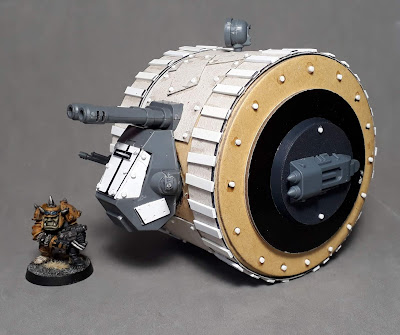 The Roller-Crusha is the result of a single evening of scratch building using whatever was at hand. The hull of the tank is made up from three cardboard inner rings from Sellotape, covered over with crudely cut sections of a pizza box. 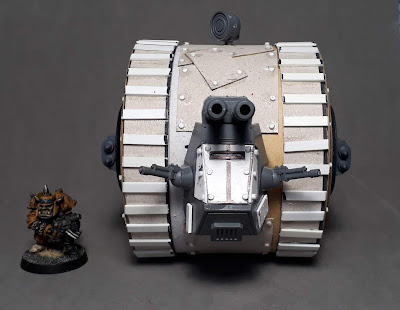 The tracks are made from strips cut from the pizza box, with added plasticard strips. The rivets are slices of plastic rod, while the black side sections are 50mm bases mounted on cardboard counters from an old kids memory game. 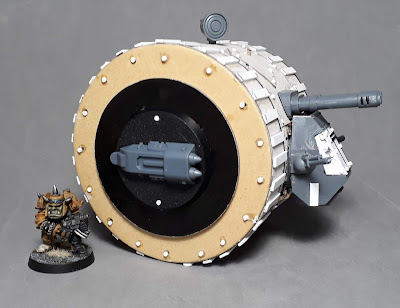 The cockpit is a turret from one of GW's space marine flyers and all the guns and other various plastic parts have come out from my bits box. The two resin fuel tanks are vehicle parts from Ramshackle Games. 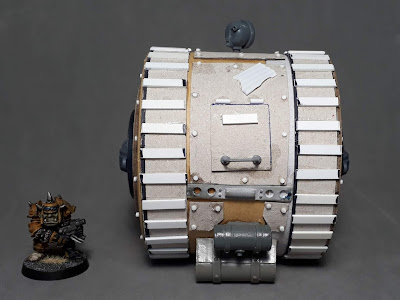 I think the result looks like a hybrid between orky tech and a WWI experimental tank. It certainly amuses me! Painting the beast is what brings it all together though. 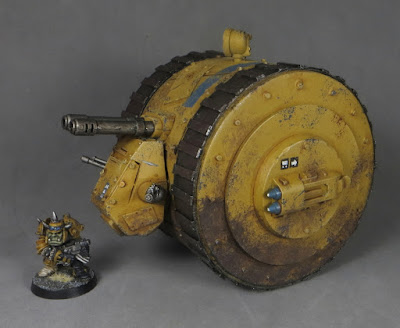 I used the same colour scheme as my orks - a dull mustard-yellow with blue detailing. I had fun with the weathering yet again on this one! 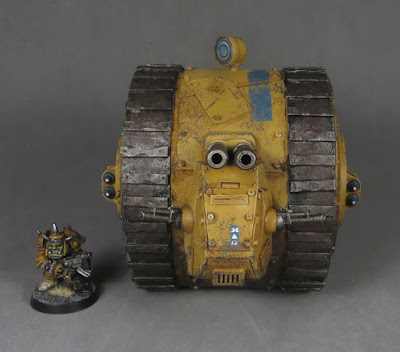 I also scattered a few orky glyphs around the hull for visual interest. They do kind of relate to the Roller-Crusha itself, if you take a few liberties with the translation. 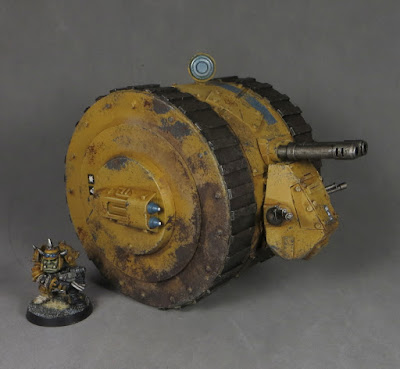 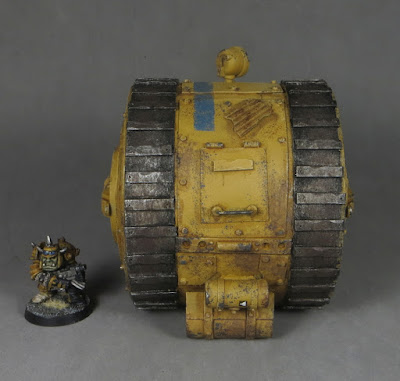 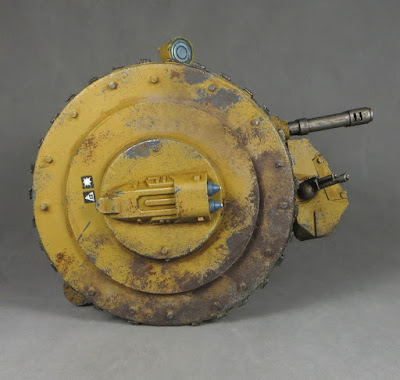 So fully equipped with a suitable tank (masquerading as a SU-85 tank destroyer), I entered into the fray, only to be unfairly targeted and the first tank to be obliterated on the field of battle! 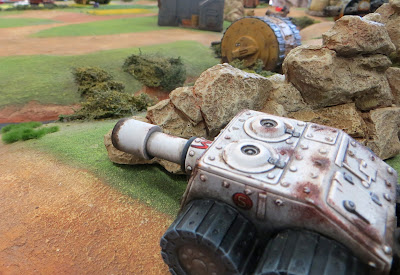 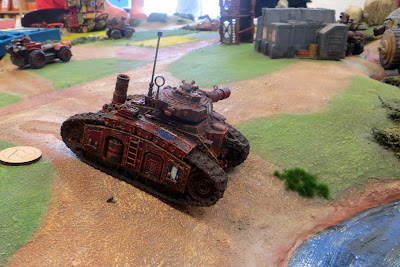 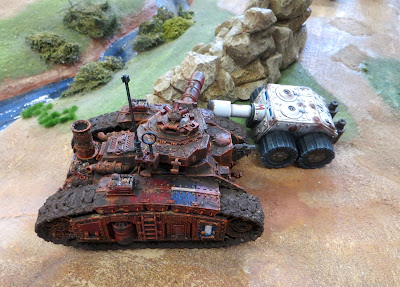 If you're looking for an intuitive and fast-paced tank game, you could do a lot worse than looking into 'What a Tanker!'. The system easily handled our eleven tanks and provided for a very fun showdown. I can imagine it is a very slick system for smaller games with a handful of tanks on either side.