Bob Naismith is a hugely respected name in the miniatures sculpting industry, being part of the team that created the iconic Rogue Trader figures for Citadel, as well as working for a huge number of other companies since.

Bob was kind enough to let me interview him about his time with Citadel during the early days of this blog, and I'm delighted to see that he's just launched a Kickstarter of a self-designed line of near future soldiers. 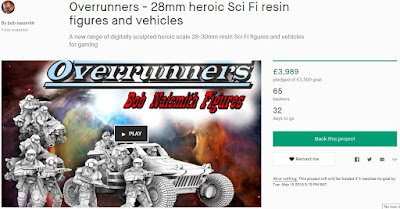 The vehicles are my particular favourites, including the excellent 'Jeip' and some rather funky jetbikes: 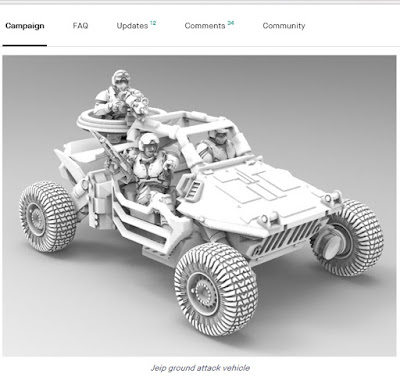 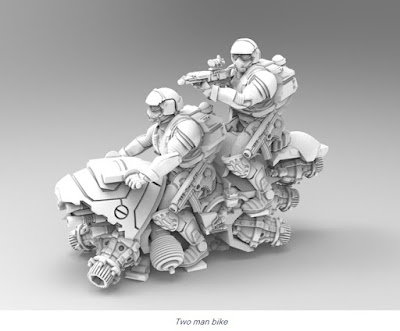 Not to mention a selection of infantry figures such as the base infantry squad:

The Kickstarter video promises some exciting other WIP things still to be realised. I'm liking the look of this guy in a space suit! 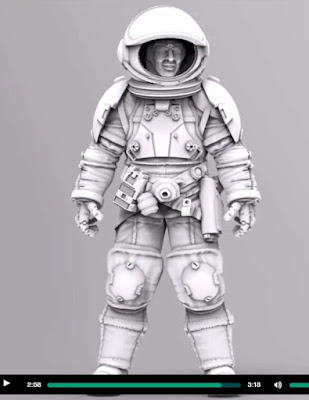 If you like what you see, it's worth heading over to the Overrunners Kickstarter and taking a closer look!