A selection of a few things I've painted recently!

The fabulous Curtis of Ramshackle Games was generous enough to sculpt, cast and distribute his own Mayor of Helsreach to attendees at BOYL last month. I chose to paint my copy as a rather sinister and self-important individual, fond of intimidating dark clothing! 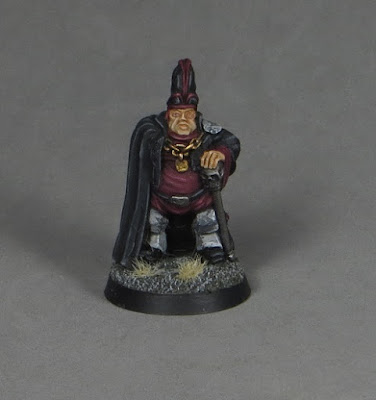 The figure is a really fun sculpt, and I'm very much looking forward to using him as another addition to my growing collection of NPCs. 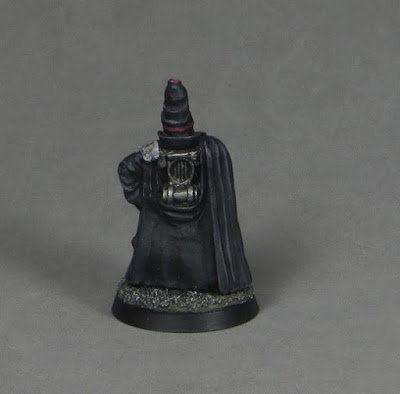 I've already mentioned that I'd painted up a jetbike for the Jetbike Racing game at BOYL. You know, jetbike racing, like in Helsreach. 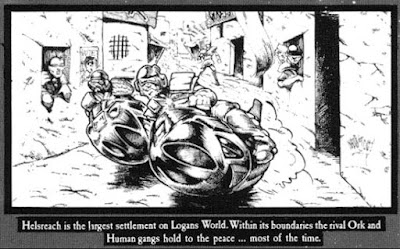 My jetbike was styled after racing motorbikes, complete with a natty livery and protective suit for the rider. 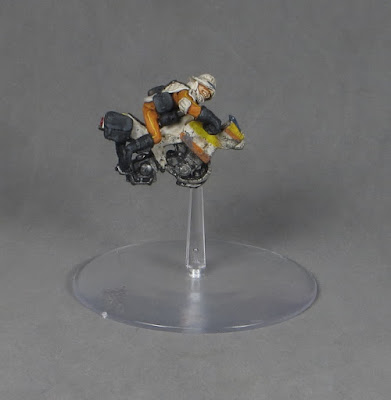 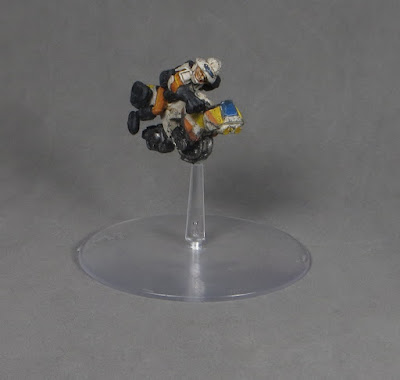 I hadn't really decided on the paint scheme, other than it needed to evoke motorsports and be bright and eye-catching. I certainly hadn't intended to paint the rider as an x-wing pilot, but that happened anyway! 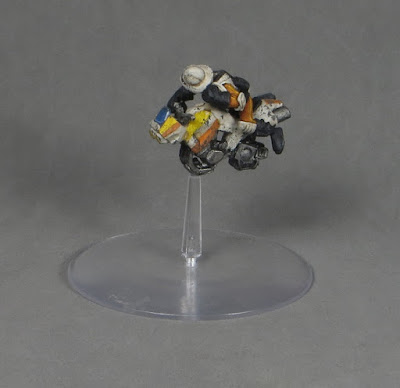 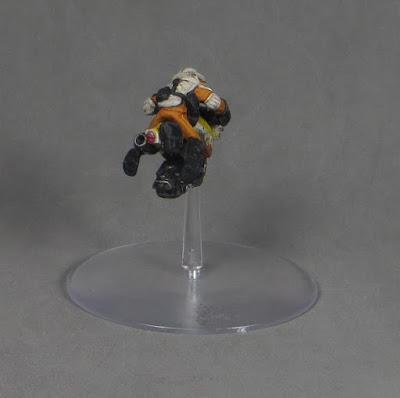 The model itself is based on a motorbike I got from EM4 (possibly an old Grenadier bike). I kept the rider's legs, but replaced the torso with a torso from a Citadel Paranoia Security Guard. I removed the bike's wheels, and added in a little counterweight doo-dad, which is from the old plastic Space Crusade Scout heavy bolter that cheetor kindly donated. 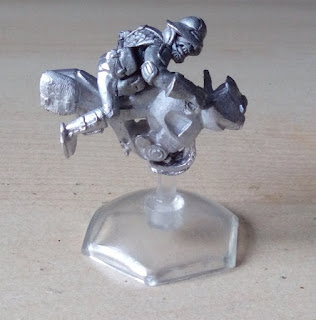 I've had bits to make up a fuel dump for a little while now, but hadn't got round to painting them. Happily motivation hit, as I want to use the fuel dump as a plot point in a game in a few weeks time.

I wanted to get this set painted up quickly, so it was back to the favoured approach of base coating, before hitting the barrels with washes and sponged on weathering.


All in all, I think I spent about 3 hours on throwing some paint at the fuel dump bits and pieces. I think they'll do the job!