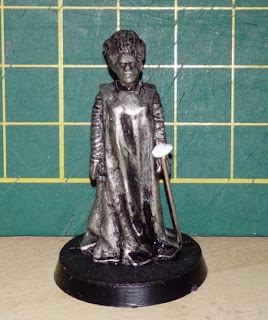 After a hair-ectomy, and a new sculpted headpiece, the figure was starting to have a really simplistic, nun-like appearance that fitted the character. 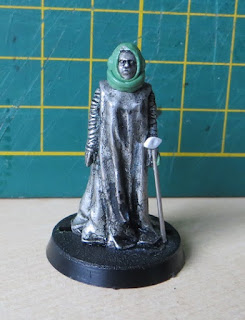 If you're thinking that the headpiece looks familiar, then you might be right - I loosely styled her headpiece after this genestealer cultist illustration by Tony Hough:
﻿
Mother Cantor Mechthild has served in the ranks of the Adeptus Astra Telepathica since she was 11. She was renowned across the sector for the clarity of her transmissions, and invaluable ability to harmonise with other Astropaths to jointly send transmissions further and more clearly than each would be able to achieve alone. Now, elevated to the rank of Mother Cantor, she conducts the harmonies, controls the discords, gently directing the choir to swell or fade. Through her, the communications of the Imperium are elegantly controlled and secured, while her Astropathic choristers kept safe from incursions from the warp. 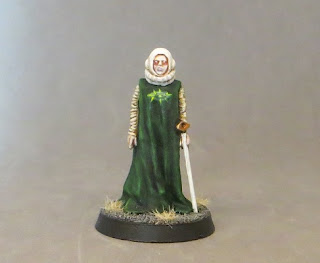 I kept the painting very simple with Mechthild as her character is akin to a senior nun. The only nod to decoration is the astropathic eye symbol on her shift dress.﻿ 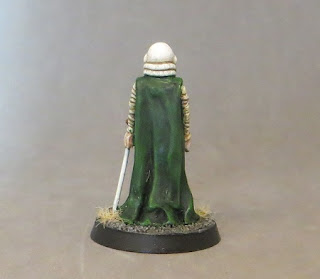 Unfortunately, the Bride of Frankenstein isn't as elegantly sculpted as some of the other Astropaths in my collection - the folds on her robe look a bit blobby and unrefined when compared against Jes Goodwin's iconic Astropath Yerl sculpt (far right below). That said, I'm more than happy to have another Astropath added to my choir!