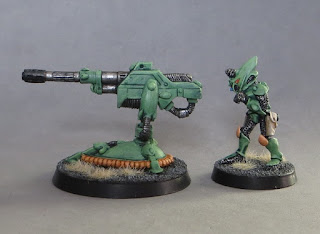 The D-Cannon and its crewman (I intend to paint up the other crewman in due course) have another bright colour scheme, this time a nice jade green with yellow accents.
﻿ 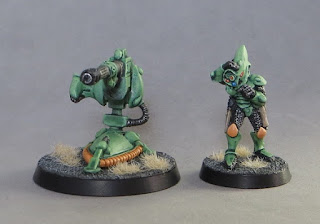 I did rush the paint job a little bit, but I thin they're fine up against the other figures in the warband. 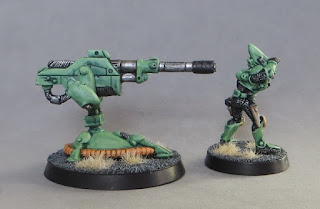 Here's the starting warband - Prince Nuadha's Free Company. All Eldar are welcomed to the band, no matter their past - no questions asked. Gorgravel the Zoat adds valuable muscle, while the mysterious human Henig Drosk keeps his motives closely guarded. 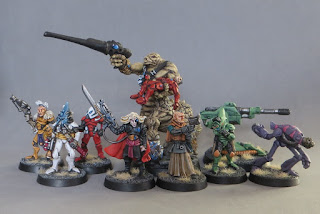 Tonight I'm up against an Ecclesiarchy warband. Hopefully they won't cause me too much damage!
Posted by axiom at 15:01