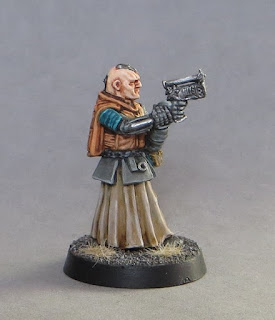 I wanted Dirske's new persona to take some visual cues from the original Inquisitor model I used. Although flamboyant Inquisitorial trappings were out of the window, I used the same colour palette and gave Drosk a similar visual look to Dirske with the robed lower half. ﻿ 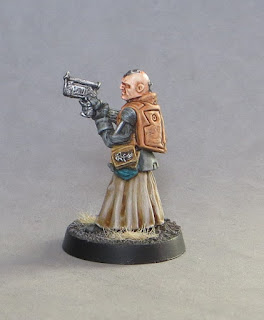 Drosk is made from 3 components. His lower body is from the Devout Cleric in the Citadel BC1 Adventurers Starter boxed set. His upper body is from the model below, which is an adventurer from the Zap! / Acropolis Future City range, now available from The Baggage Train (if you can find it in the largely pictureless webstore). 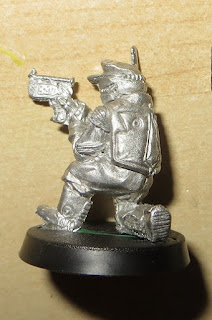 Finally, Drosk's head is from one of the Confrontation Tech gangers: 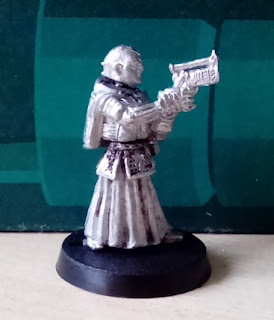 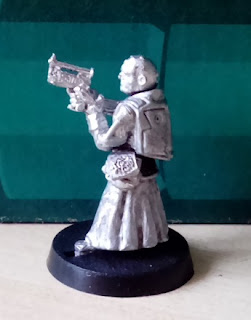 So I greenstuffed some repairs, and covered the chain mail panels to turn them into something more like sci-fi armour.
﻿ 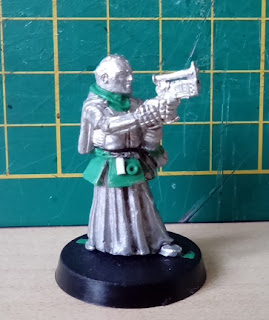 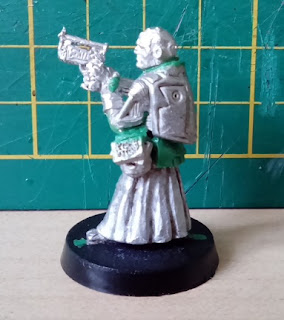 I also kept the Cleric's books - I figured as Drosk is masquerading as an Archeo-historian, some suitable tomes would help with the cover story!