Happily, one of these lovely models has been salvaged for immediate use. I did very little other than to overpaint the purple with a nice new lilac and paint up some metal parts. The most important part of the whole model is the addition of the retro-Rogue Trader feel pink tiger stripes on the helmet. I think they elevate what is essentially just a quick spruce paint job, to something a little more interesting.﻿ 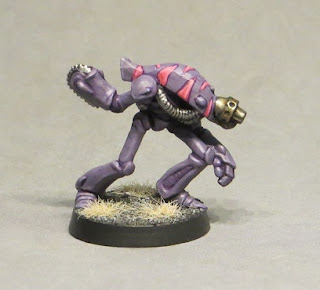 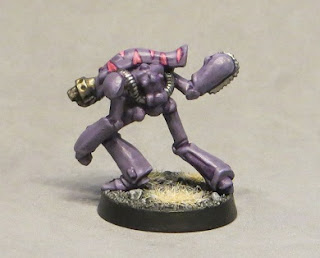 I have a couple more figures to complete for the warband. Rest assured, I'll post photos of the whole group in due course.
Posted by axiom at 11:58