Last Painted Mini of 2014 (Probably) - Aigulf, Hero of the Imperium

Although I've got 2 weeks off over Christmas, I don't anticipate much (any?) hobby time. Therefore, I squeezed in a painting session last night - probably my last for 2014.

My final figure for 2014 is unusual for me - it's plastic and was actually converted byWhiskey Priest over at the Leadpile. As is often the case, Asslessman (Leadplague) proposed a rather nifty idea he termed the Oldhammer Salvation Army. Essentially, rather than have a figure from a stalled or abandoned project unloved and gathering dust, send it off to someone who can use it and incorporate it into their own collection. A couple of my my dead-end figures went winging off to other folks, and I received this interesting conversion from Whiskey Priest: 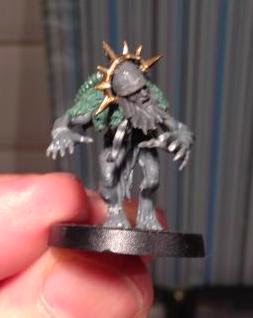 I'm not entirely sure what the figure is built from, but I'm going to gamble and say it's a GW plastic ghoul with a flagellent head, some sculpted fur and cables. I've no idea where the iron halo came from.

I loved the look of the figure as soon as I saw it. I have named him Aigulf; in my mind, this was once a mighty bear of a man - a real hero of the Imperium. He was decorated and lauded and an idol for many. But injuries, age and frailty have caught up with him...his limbed are crooked and back bent. His eyes have gone, yet the Imperium still requires him to serve by pumping him full of stimms. There is no easy retirement for legendary heroes such as Aigulf - just a near endless life of servitude, and finally death. 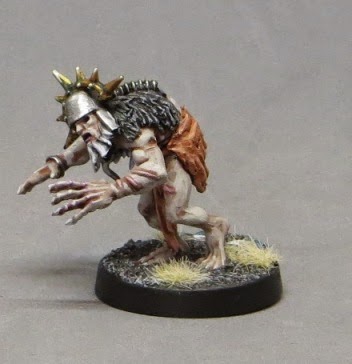 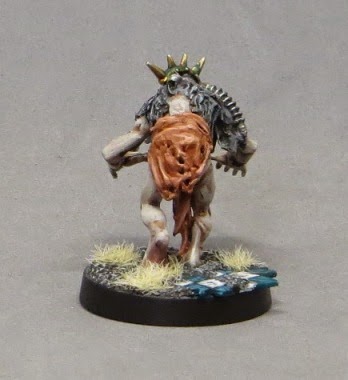 I painted Aigulf in the same colour palette as Inquisitor Dirske and his retinue. I imagine Dirske may press him into service in the name of the Emperor. 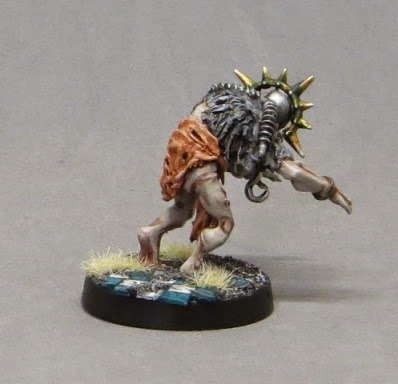 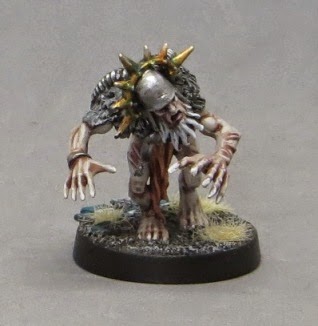 I wanted to pick up the jade that is present on Dirske, without being too obvious. It appears in two locations on Aigulf; as a hint of corrosion on the iron halo, and on the chequered broken tiles. The tiles were simply made from a small piece of plasticard. I scored a grid on it with a knife, then removed some tiles and chipped the edges of others. 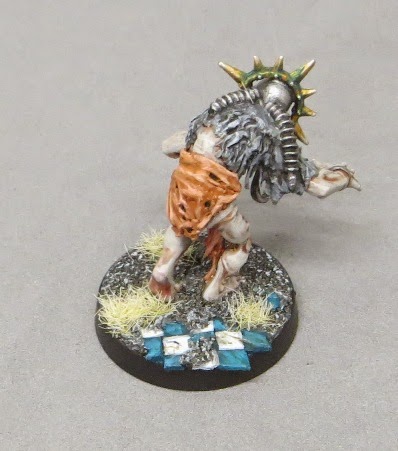 So thanks to Whiskey Priest for providing the figure - he was a nice figure to end 2014 with. I'll aim to post a full review of my blog for 2014 some time next week.