Back in May Plaiecivile over at the Oldhammer Forums came up with a fun group project to model, paint and create backgrounds for each of the random champions from the Realm of Chaos books.

Ever keen to get involved in fun community projects, I agreed to join in and selected one of the champions of Tzeentch for my model. My particular champion was a minotaur who had received the following gifts/attributes:

I decided that I would ignore the non-physical attributes, and focus on modelling a figure with the attributes highlighted in bold above.

At the end of May, I had got to this point - a bit of chopping and parts selection: 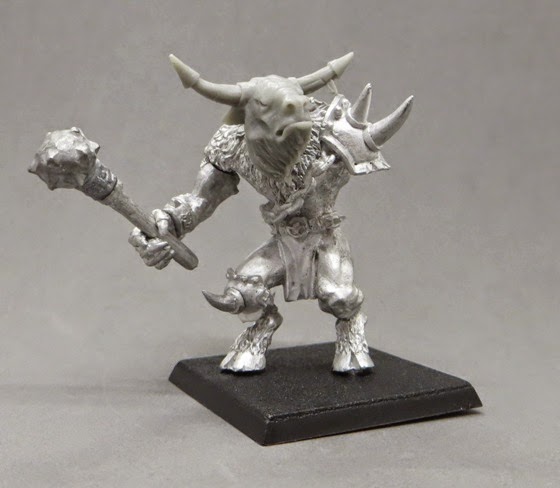 Fast-forward 6.5 months to last week, and the figure hadn't moved much further on. A timely nudge from Plaiecivile and two evenings of modelling and painting has resulted in a completed model - Bro'og the Gorgite:﻿ 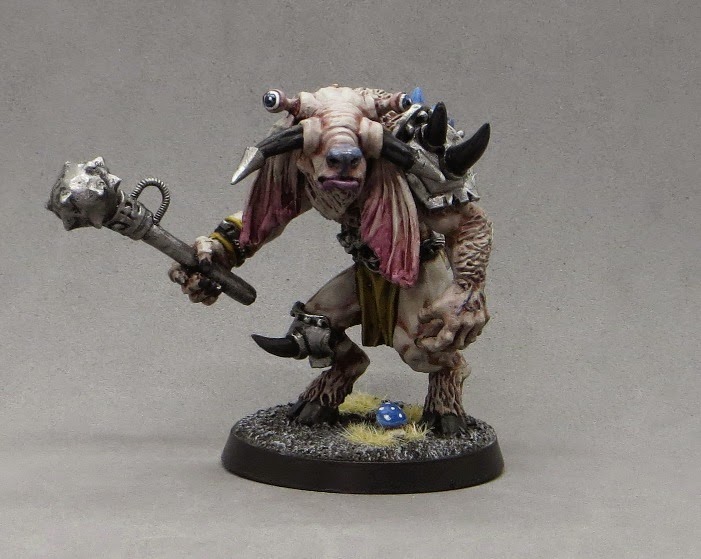 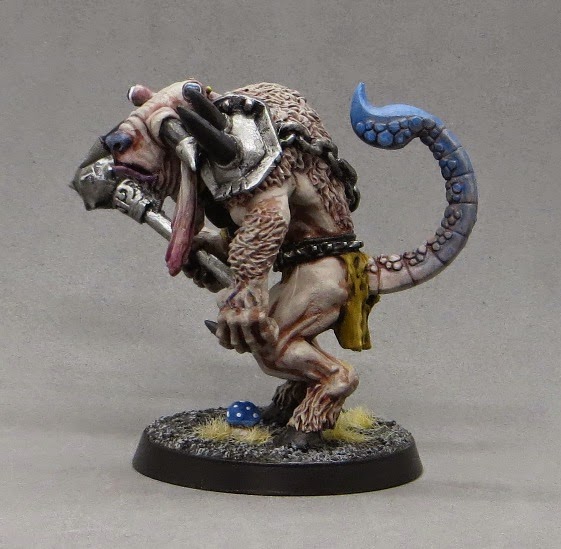 Bro'og is a real mish-mash of components. The body is from my own Beast Face Miniatures minotaur, with a head from the Warploque Miniatures minotaur. The eyestalks are from a Hasslefree alien, the tail is from a Citadel Khorne fleshound, the ears are from my bits box (I have a feeling they were original bat wings), and the mace head is from an old Citadel Zoat. 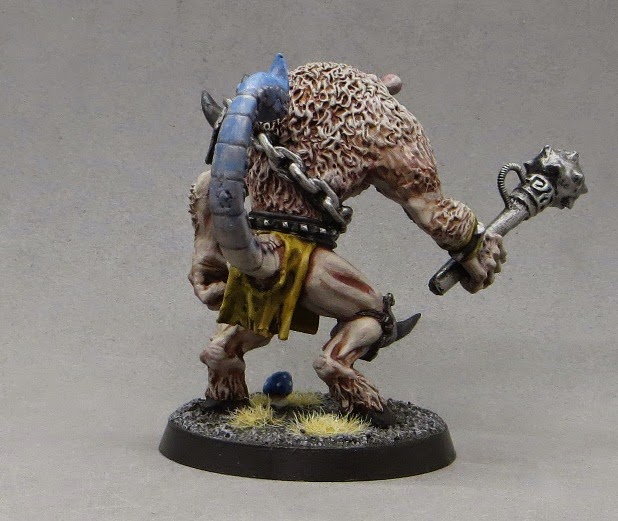 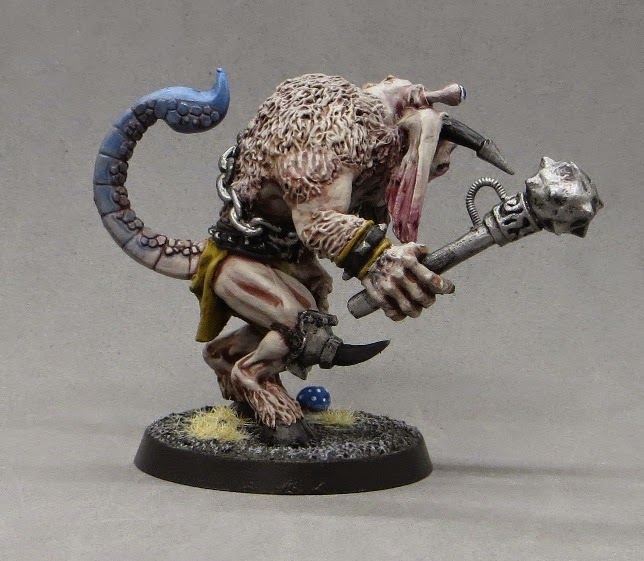 It was only after I finished painting did I realise that I appear to have made a Jar Jar Binks lookalike. But believe me, Bro'og does not do slapstick!


Although Bro'og was built as a fantasy Chaos champion of Tzeentch, I plan to use him as an alien mercenary in my sci-fi gaming. With that in mind, his weapon got a tiny little bit of tech to make it into a shock maul, and I painted him to match my mutant Gron-Slom, who he'll be handing around with.