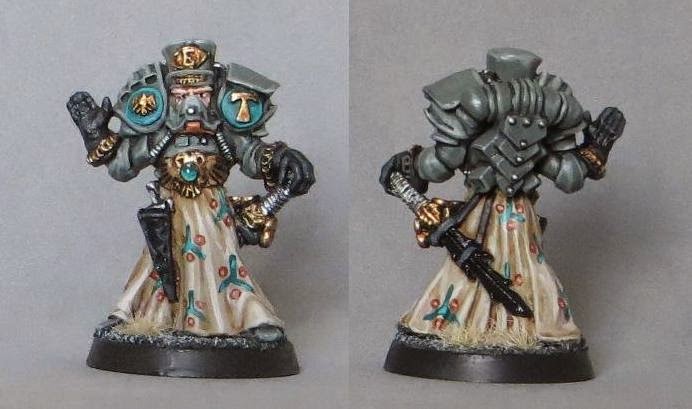 I'm not 100% happy with the paint job - there are a few areas I probably need to touch up (eyes, some of the armour plates), and I really struggled with some of the details on the sculpt (the pattern on the scabbard isn't defined well enough to properly paint it), but overall, he has the right kind of look I think.

I deliberately ramped up the gold and jade to give him a high-ranking feel. I was going to paint traditional Blanchian flames on his robe, right up until the point where I saw a Samurai in the 1988 Fantasy Miniatures book (as I was looking for a Blanche figure to use as reference). I googled some Japanese cloth prints and went for a simple, but hopefully striking pattern. I think it gives Dirske a slightly different tone (more serene and considered?) than black flames would have done.

I've also done a bit of preliminary work on some more figures for the same setting: 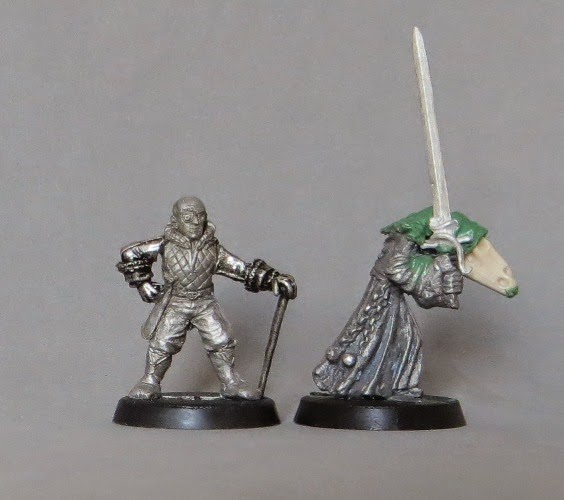 The psyker is made from a classic Rogue Trader psyker, with the addition of some arms from a Foundry figure. The strange oddity is a Citadel fighter / flegler, with a plastic horse skull and a sword from my bits box. I still need to do more work on them both - expect to see completed versions in due course!
Posted by axiom at 13:58