Something Smells Fishy to Me - Painting a Piscean Warrior

Back in 1987, GW released its Warhammer 40,000 Rogue Trader game. Accompanying the rulebook, a small range of 14 miniatures were released in March 1987. The range included a selection of humans and aliens, including a large, rather odd-looking alien with fishy characteristics; a Piscean Warrior:


The original Citadel model will set you back around £100 on ebay, but recently Obscure Creator sculpted and cast a small number of his own modern version of the concept.

I picked up several copies to form a small Piscean Warrior squad, and last night manged to paint up my first figure: 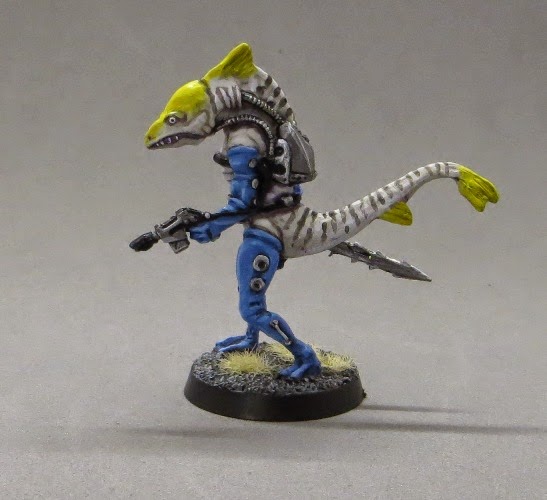 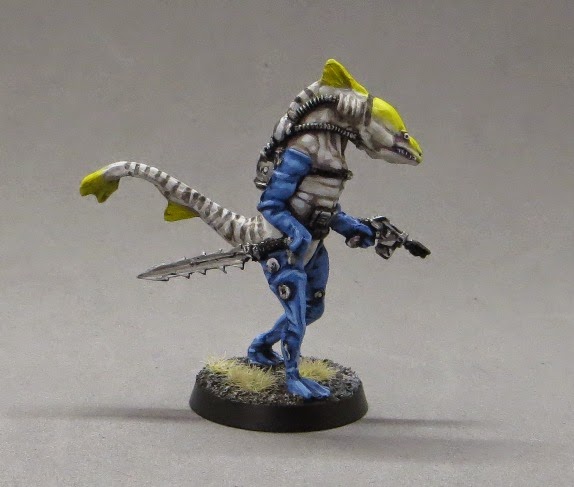 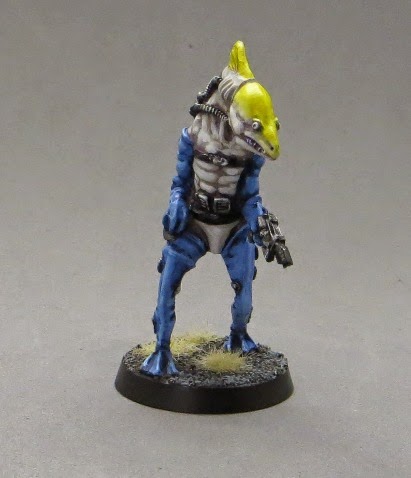 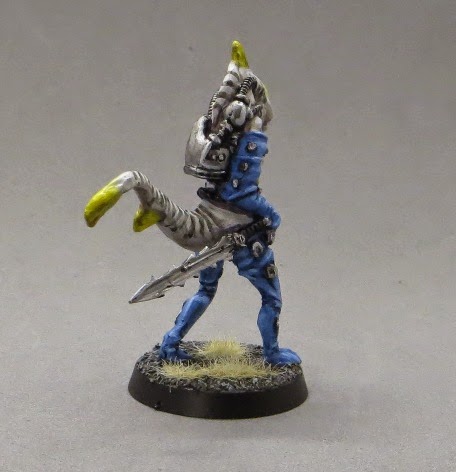 I spent a bit of time looking at pictures of moray eels before selecting my colour scheme. It turns out there are dozens of different species with different colours, dull black, mottled brown, vivid blue and bright green, as well as patterns of stripes and spots. I selected the one I liked best; this yellow-headed moray eel:


Oh, and this Piscean Warrior isn't a small chap either. Look how he looms over a puny human!


And what about my original Citadel figure? He's in the jar being stripped for a brand new matching paint scheme!
Posted by axiom at 14:13