During my current search for decent Necromundan Underhive terrain, I kept seeing tantalising references to a couple of systems by Conflix called Platformer and Hexagon. I'm not sure if these are still being produced, as my search to find a UK stockist was incredibly frustrating. However, I managed to track down a single Hexagon small box at 4TK Gaming (see what they did there?) for £6.30. At the price, I thought it was worth a punt, and the box duly arrived last week: 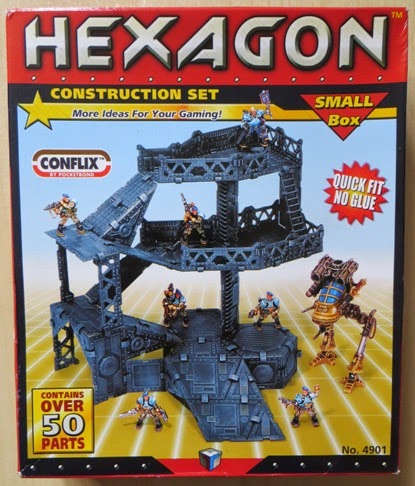 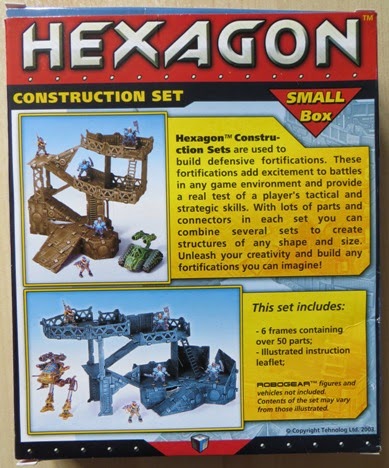 Even though the set I bought was the small set (I couldn't find a large set in stock anywhere), the box artwork promises a fairly decent sized kit.
The kit is a snap-fit style plastic set, manufactured in Russia from hard silver plastic. You simply join up the panels through a selection of different connectors like these:

With the connectors, you are able to assemble the various panels in a variety of different ways. Like this: 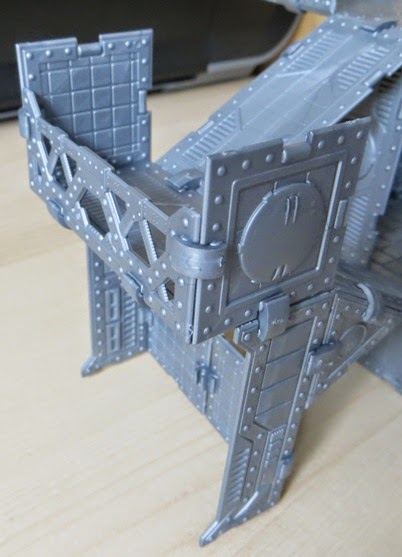 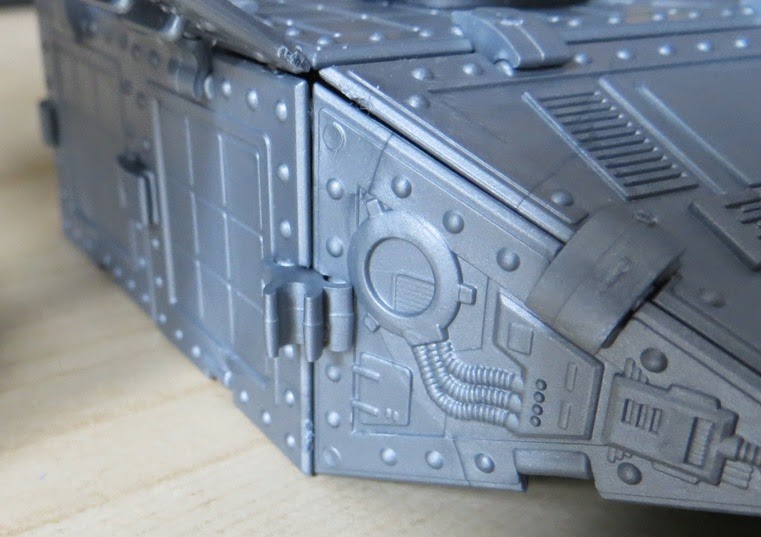 I started out building the second structure shown on the rear of the box (I didn't really like the top one). After a lot of experimentation, and getting approximately 75% completed, I was coming to the conclusion that I didn't like the end result. My main issue was that the structure I was building didn't have enough realism - unsupported, gravity defying platforms, ladders in strange places, hatches on ramps.

I decided to throw caution to the wind and, like a true Master Builder*, I started to freestyle. My first structure was this - intended to be a sort of fortified gate to a compound or similar. Just the sort of thing you might find at the entrance to a Necromundan settlement. 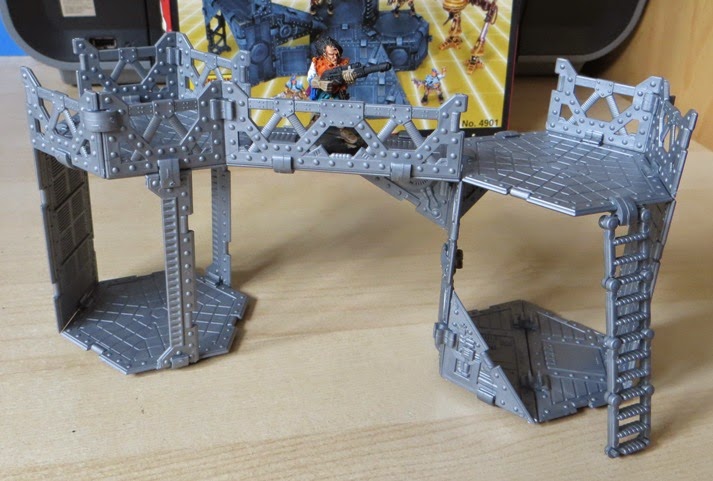 The second structure is really a refined version of the structure I was originally copying from the box. Just with some of the more physics-defying elements removed! 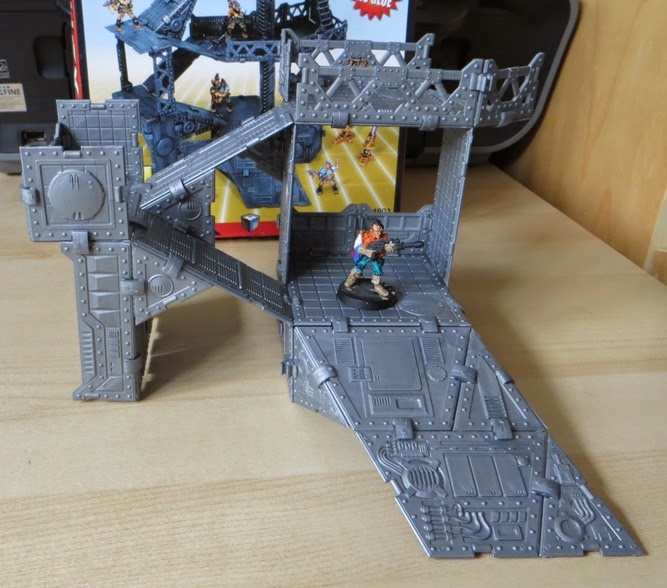 So, not too bad a result - two decent-sized pieces of Necromundan terrain for a very small outlay. If I was going to be critical of the kit, I'd say it doesn't have enough platform supports or ladders, and too many awkward triangular shapes, but for under £7, I'm not complaining!

*Go and see the Lego Movie. Everything is awesome! Ahem.
Posted by axiom at 15:04