What does any self respecting Brat need? That's right, an adoring girl to tell him how great he looks. After all, if people aren't telling you how great you look all the time, then what's the point in spending hours perfecting your newest quiff or the perfect place for that diamante beauty spot?
First up is a new addition to the gang, based on a the very nice 'My Hero' figure by Hasslefree Miniatures. I'm a sucker for little dioramas on a small base, and this figure was just crying out to have something done to it! 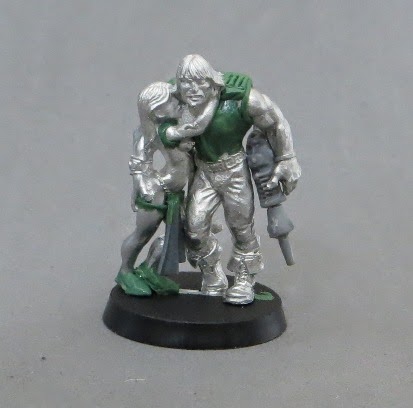 The conversion still needs a fair bit of work, but the bones of it have been done. So far I've sculpted thigh length boots and a vest sleeve on the moll, and given the Brat the start of his jerkin. He still needs a new haircut and some frills and flounces, but I'm pretty happy with the look. The flamer is from the old Eldar plastic sprue.
I also thought that the driver of the Bratmobile looked pretty lonely and needed some company. His gf is a little more badass than the first girl - not only does she accompany her man into action, but she is more than capable of riding shotgun (lasgun?). 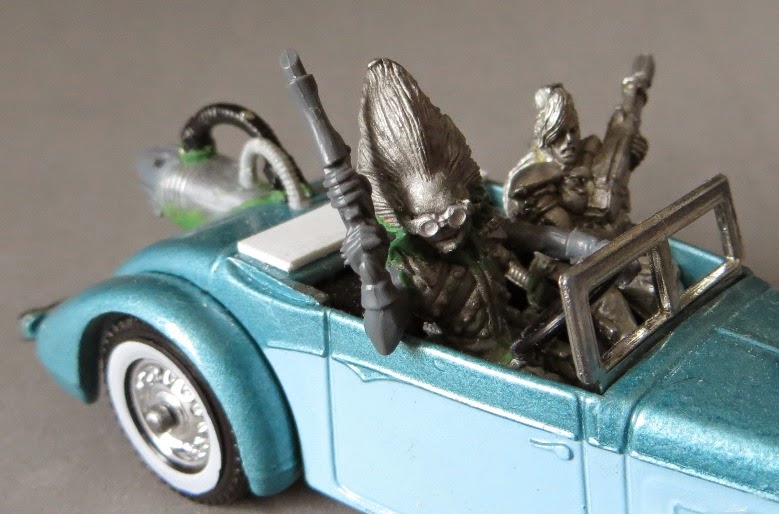 She's converted from a Necromunda Escher ganger - all I did was chop the legs off and reposition them at a sitting angle. 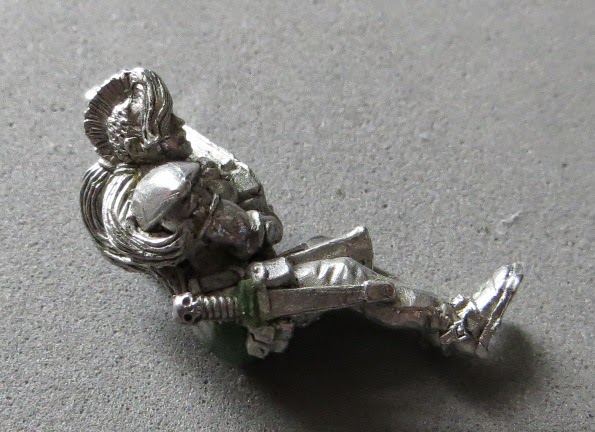 While I've been reworking the Brat gang, it struck me that sadly I have no terrain for them to play over. Yes, I have a Blood Bowl board and a motley selection of trees, rocks and houses. Yes, I have some really naff vacu-formed ruins and bunkers. Do I have anything even remotely resembling the underhive? No.

I also have an old friend due to come and visit in September. He fancies playing some sort of old-school RT skirmish game, so I need to start working on some terrain for us to play over. I already have a few items on order, but this first piece arrived today which I intend to turn into a scrap metal shop. 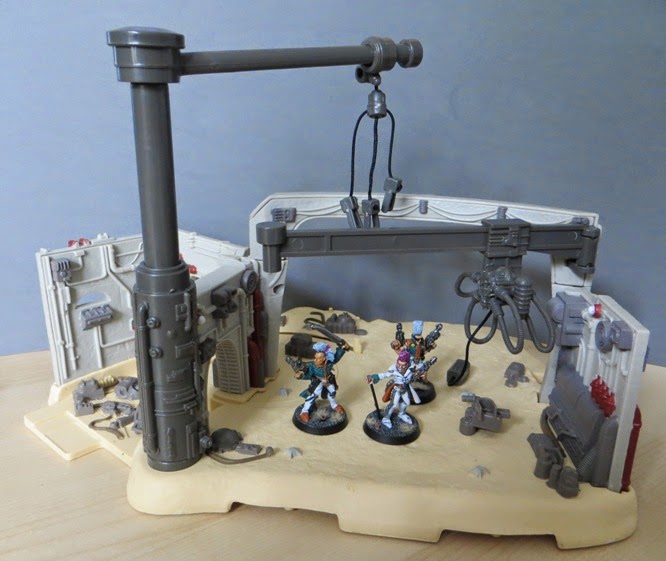 You are actually looking at a Star Wars Action Fleet Podracer Hangar playset, which I guess is approximately 15mm in scale. I picked it up for about £5 on ebay; with a repaint and bit of adaptation, I think it's going to look great.