Back in the dying days of 2013, I took a look at my hobby achievements for the year. Given that summer solstice or midsummer is nearly upon us, I thought it would be a good opportunity to reflect on my ambitions for 2014, and my progress towards them.

I am happy to say that after much searching and trading, I have what I consider to be a complete Citadel Eternal Champion collection. It includes the Eternal Champion boxed set, every single figure from the Melnibonean Infantry, Cavalry and Personalities ranges, as well as all the figures from the Pan Tang Infantry and Tiger handlers ranges. It also includes a pair of the unreleased Pan Tang Tiger Handlers, the Pan Tang spearman who never made it into the official range, the 'Elven' Dragon Masters and a whole host of useful figures to proxy characters and troops from the sagas of Elric.

I even had my own little flying cat (Friskers) sculpted and cast up for me: 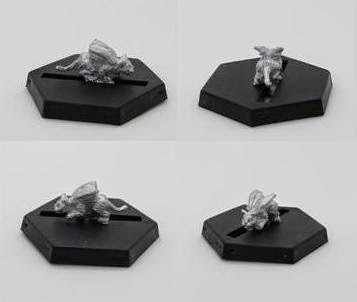 Of course, an unpainted collection is not really complete, so the next stage is clearly to actually paint up some of these very fine figures!
Modelling pledge for 2014: Paint my Bratt gang (12 models), finish my Dark Elf Blood Bowl team (9 further models) and finish the Bee Knight. I also envisage at least 3 models donated to group projects or charities, for a total of 25 models. A realistic goal, and one which should fit in with my gaming plans for 2014.
Status: On target
At the final count in 2013 I painted a total of 28 models. This year to date has been much more productive:
So that makes 20 models in 6 months - at this rate I should be able to increase my year end total by 25% over 2013! Here's a selection of the painted models: 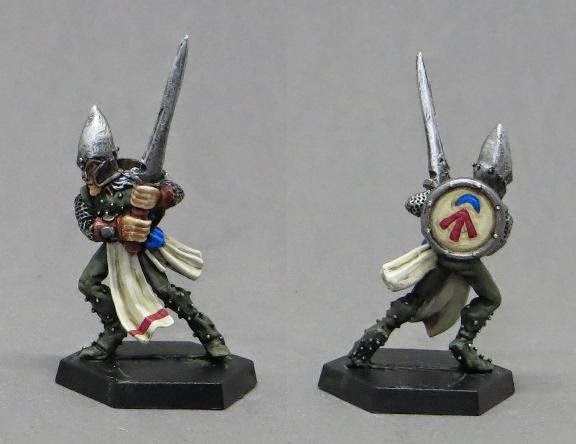 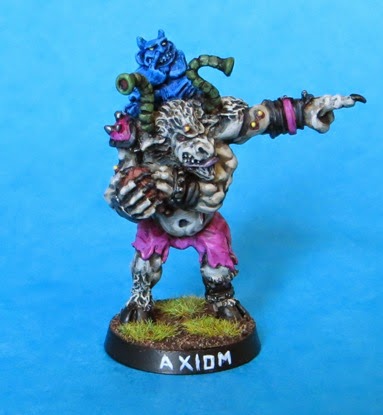 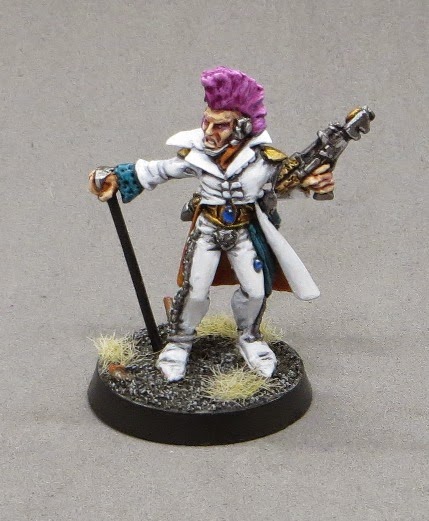 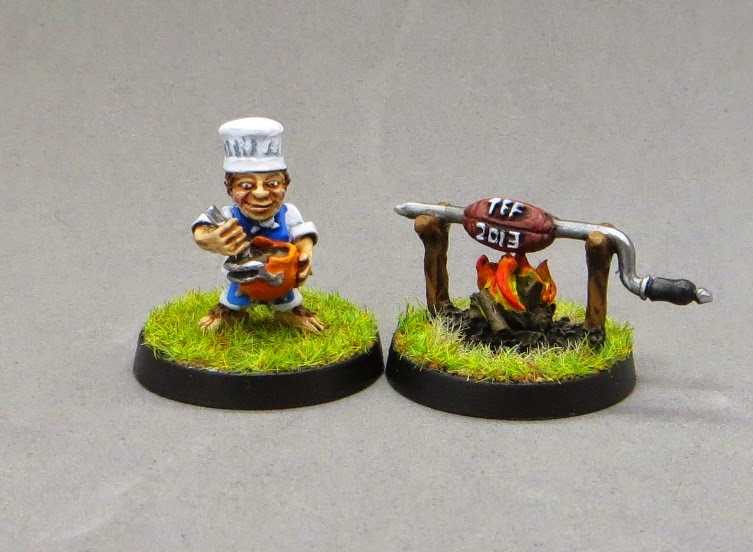 Gaming pledge for 2014: Attend the NAF Blood Bowl Championship in May, Oldhammer Bring Out Your Lead weekend and aim for at least 3 other gaming occasions. This should allow me to maintain my current level of gaming.
Status: On target.
In 2013, I only had 14 games of any kind. So far this year, I've already played 12 games of Blood Bowl, 2 games of Space Hulk and two 40k skirmish games. I attended the NAF Blood Bowl Championship and got my fix of 6 competitive games of Blood Bowl. I finished in 100th place out of 160 attendees from all over the world (Sweden, Italy, France, Germany & even the US). My results of W2 D3 L1 were pretty decent & I had a great time! Since the NAF Championship, I've joined a Blood Bowl league for the first time in decades. So far I'm 4 games in with my Dark Elf team and have a decent W3 D1 L0 record. The league runs for another 6 weeks, so I'm hopeful I can get some more good results and have a shot at the playoffs!
The Oldhammer Bring Out Your Lead weekend is looming large on the calendar in August. I am signed up to Asslessman's Confrontation game, and hope to get involved in a few other things while I'm there. My Brats will certainly be flouncing around the Underhive! 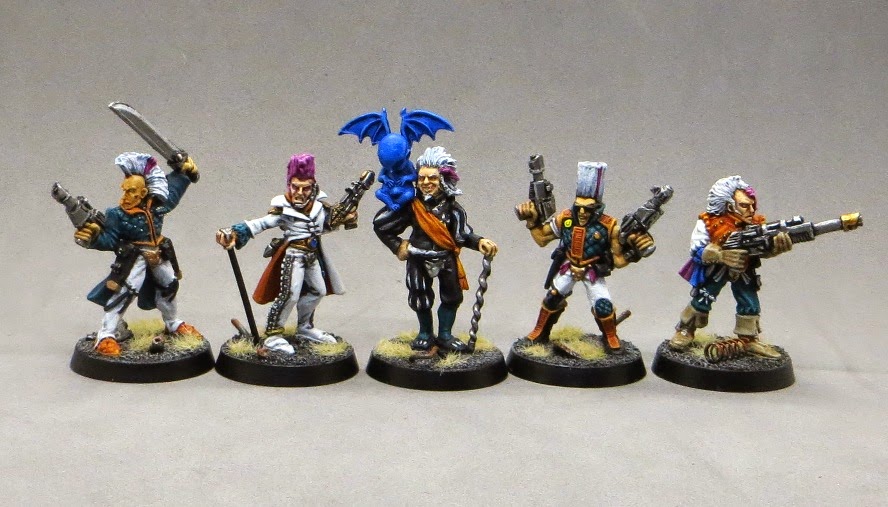