I started my collection of GW original artwork by tracking down Eldar-themed pieces, but sometimes opportunities come along which just require a broadening of horizons. Last year I made contact with Martin McKenna and was offered a wide selection of pieces, including Rogue Trader, WFRP and others besides. Martin's style is very precise, often with great attention to the expressions of the characters he's drawing. After much consideration, I decided purchase three of Martin's lovely pieces, this being the first: 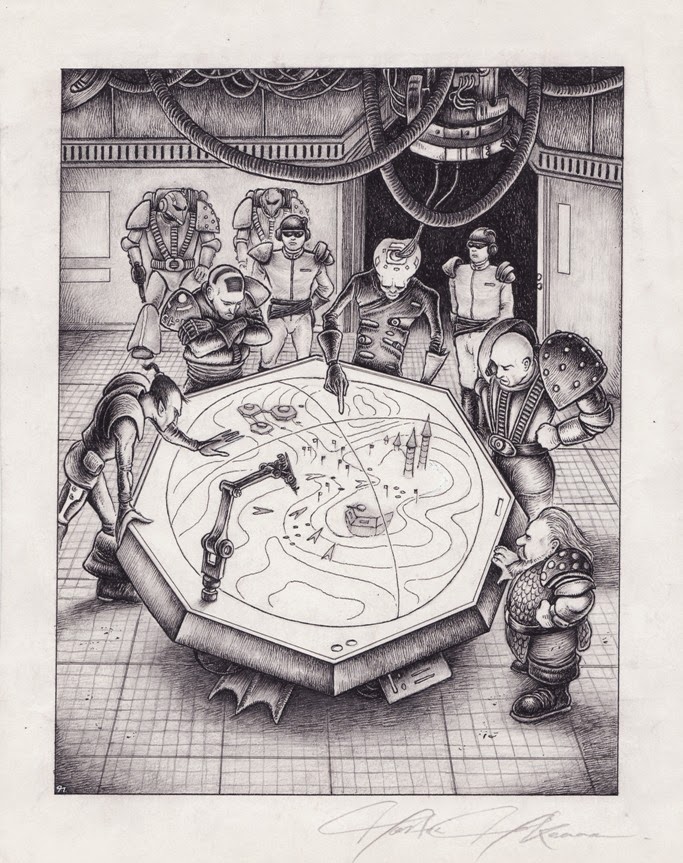 ﻿
If you're familiar with the Rogue Trader rulebook, this piece will be instantly recognisable to you from p223; I love the perspective and detailing of the illustration. It depicts a multi-racial war council made up of humans (Imperial Guard and Marines) in league with the abhuman Squats and xenos Space Elves (Eldar). I dread to think what dire threat has lead to this uneasy alliance...perhaps an Ork horde, Chaos renegades, or even the dreaded Enslavers!

The next two pieces I purchased are both from the wide selection of illustrations Martin drew for the Confrontation rules set. The first piece is a very cinematic illustration of some Hive gangers blasting away with their weaponry. 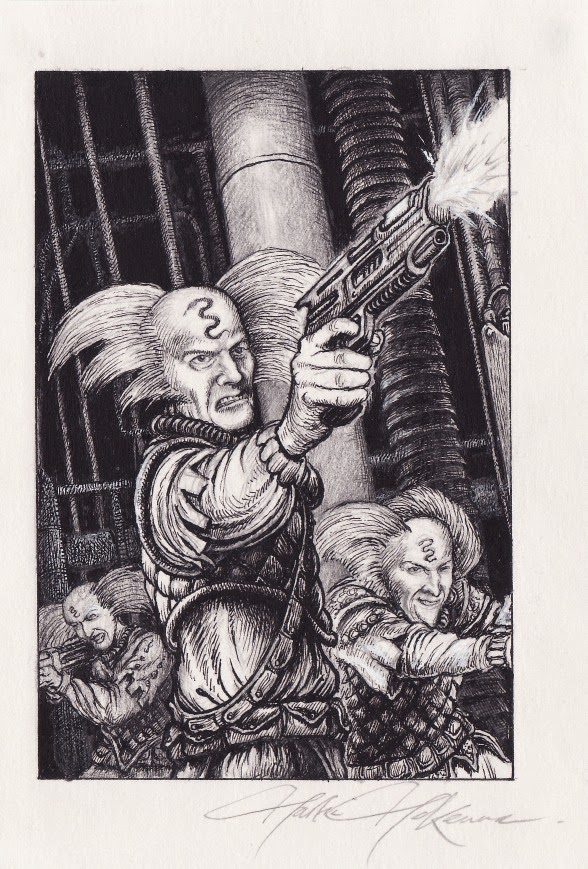 I had originally mistaken these for Brat gangers, but I now believe they are intended to be lower class gangers as represented by John Blanche's concept sketches published on p67 of WD 131. Check ot the middle concept sketch below - the padded jerkin, hair crest and forehead snake tattoo are all faithfully copied on Martin's illustration.﻿


And here's the published comparison. You can see, unsually, that the illustration was published at full size and uncropped. 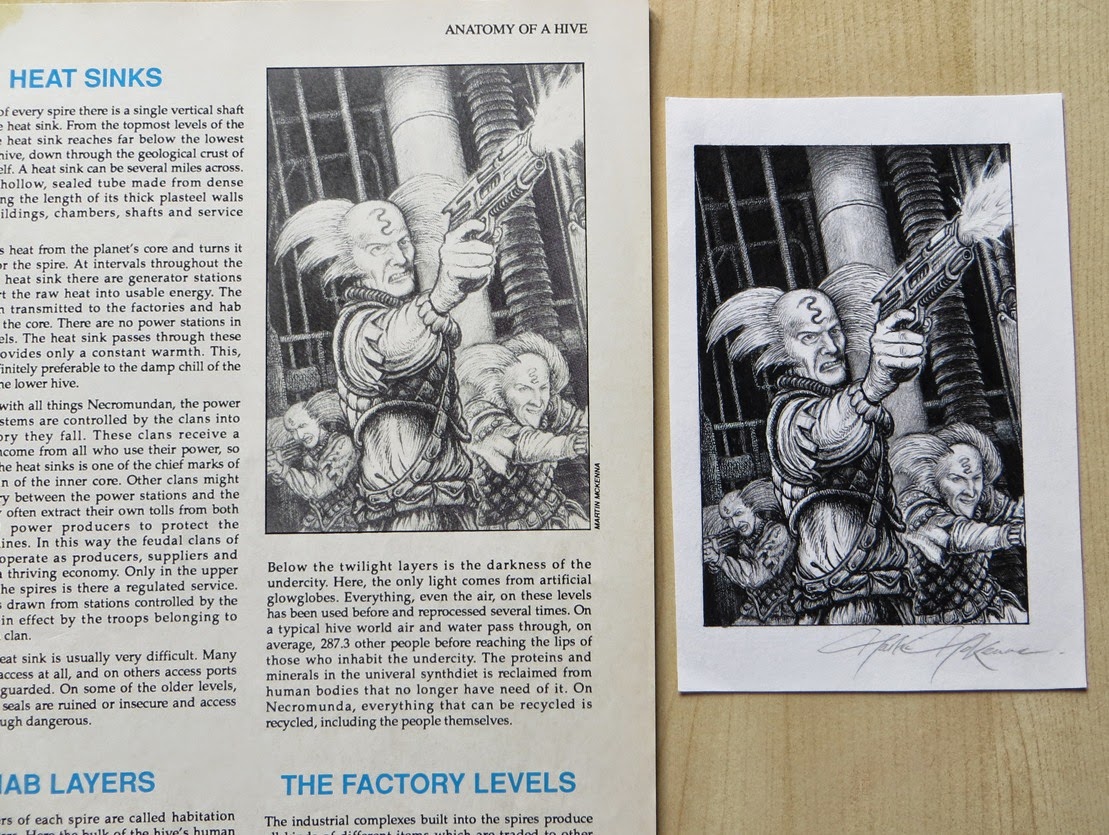 The final piece I purchased is below; I don't believe it was actually published in any of the Confrontation White Dwarf articles (correct me if I'm wrong). Does anyone know if it was published elsewhere? The illustration is the same size as the other gang piece, but this time depicts a single Brat ganger accompanied by his faithful caryatid (who carries some sort of sub machine gun!). There's a little bit of a family resemblence to a certain Brat ganger of my own don't you think?

Feel free to check out the rest of my original artwork collection!