After the purchase of artwork by Tony Hough and Des Hanley, it's safe to say that I was now in full on collecting mode. By instinct rather than design, I had sought out Eldar pieces, and it now struck me that this would be a nice collection to put together. The parameters were fairly broad - I would just see what pieces of Eldar artwork I could acquire by contacting ex-GW artists. Although the artwork in current publications now appears to be largely digital, even 5 or 6 years ago GW was still producing large quantities of traditional artwork.

My approach to tracking down the artists was simply to scan through GW publications, and try and make contact through any online presence. Through this process I came across Roberto Cirillo; if you're not familiar with Roberto as a GW artist, it's because he worked for GW, primarily as a concept artist for 3 years during the early 2000s. His output included Tau, Tyranid and Imperial Guard concepts, as well as the bulk of the design for the Warhammer 40k Cityfight scenery. You can see some of his excellent concept work at http://rcstudio.co.uk/

Given the nature of Roberto's role at GW, it is no surprise that the bulk of his output was never published (although you can see the outcomes in the models sculpted from his work). Roberto is also a skilled technical draughtsman, and you may recognise his highly detailed cityscapes and battlefield illustrations from the Warhammer 40k 'Cities of Death' (2006) and 'Apocalypse' (2007) supplements.

The 2006 Eldar Codex also included one of Roberto's illustrations, 'Ixia Wayport, Biel-Tan Craftworld':
You can see the Roberto's original is meticulously drawn in pencil on an A3 sheet and dates from January 2006. 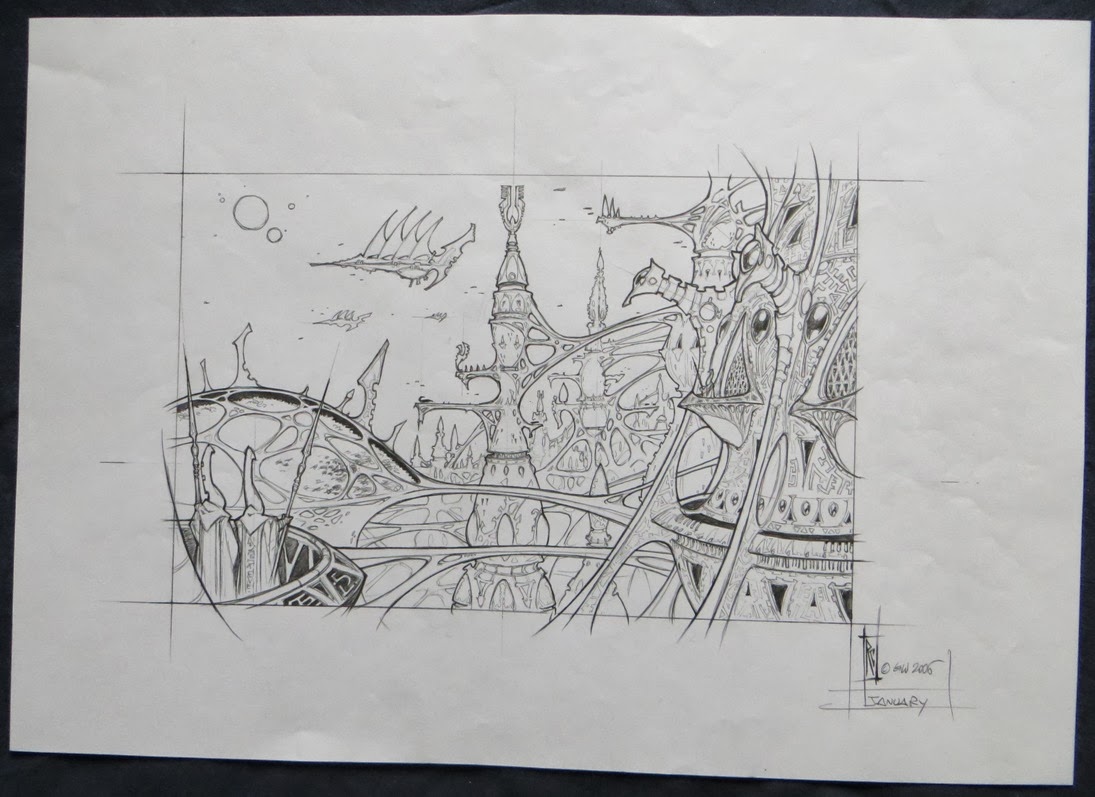 I find myself blown away by the sheer precision of the pencil work, and the wealth of detail, but I guess that's where Roberto's background as a concept artist comes in; when you're producing concepts for sculptors to work from, you can't have any areas of uncertainty. Let's have a look at some of the details:
Alongside the purchase of the published piece, I also bought this preliminary work up of the scene (dated August 2005). The details are a bit looser, and Roberto has shaded it with grey marker pen. 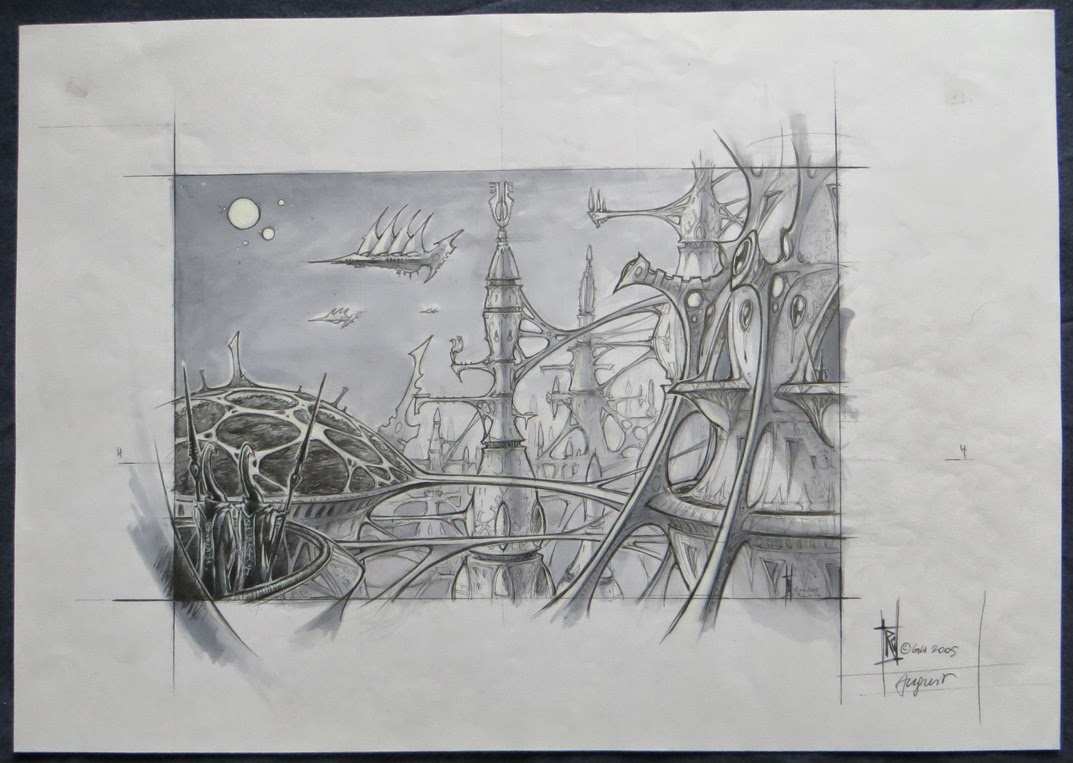 Roberto also very kindly included some earlier sketches from when he was planning the piece:


The final piece I purchased from Roberto was one of a series of 6 pieces intended to support the studio hobby section in building terrain for use in miniatures photography (you can see some family resemblences to the terrain used in the 2006 Eldar Codex).

Since leaving GW, Roberto has gone on to undertake freelance concept design services for a wide range of miniatures companies, including Privateer Press, Studio McVey and my very own Beast Face Miniatures.