Common Priests for the Common Folk

Some members of a congregation like their priests to be sensitive and empathetic. In general though, the priests of the 41st millennium tend towards a more muscular style of religion!

This pair of low-ranking priests are probably little better than thugs in robes, but if that's what it takes to preach to the unwashed masses, then they're well suited to the task! 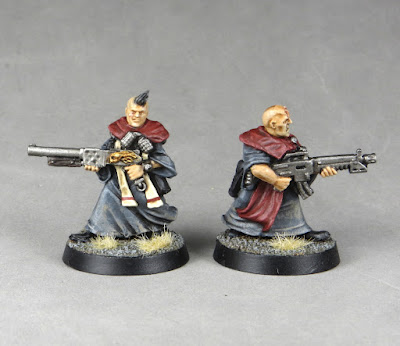 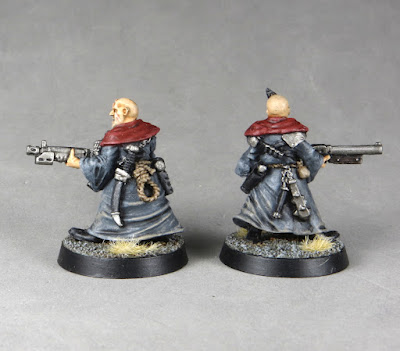 The pair are both based on old Necromunda Redemptionists. I replaced the hooded heads with some bare ones from my bits box, tidied up the cowl and removed their superfluous exterminators from their weapons (a good old standard shotgun and autogun should suffice for everyday preaching!). 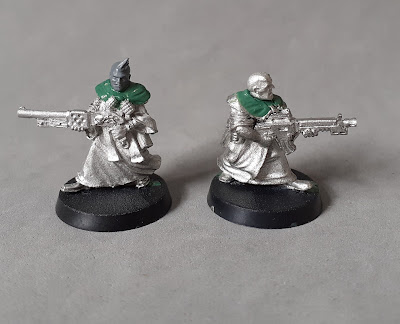 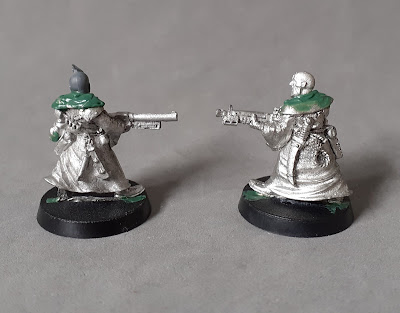 They work very nicely as low-ranking members of the clergy in support of their ecclesiastical superiors! 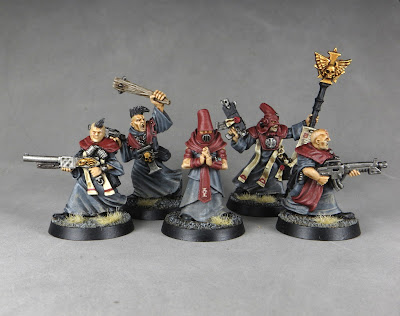