Whilst I was enthused about getting some buildings painted, I decided to dig out another building that's been sat unpainted in a box for far too long! You can never have too many buildings to add variety to a settlement and gaming set-ups. 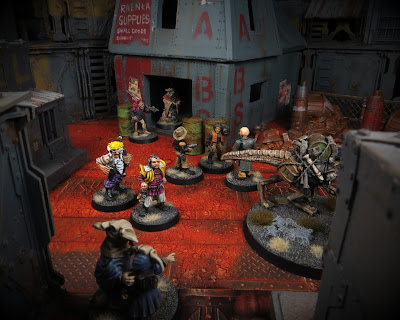 This most recent building is the large two-storey building in the centre of the scene above. It's a now OOP building from JR Miniatures' Steampunk range. This is the Iron House, one of 3 buildings with lift off roofs. I've never seen the other buildings in the range, and just happened to pick this building from an end of line sale. 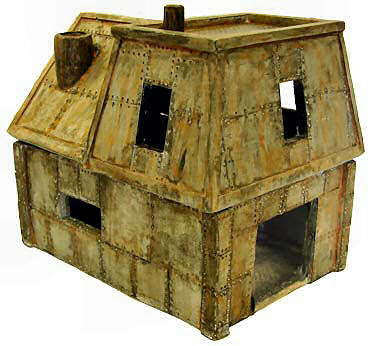 The building itself is made from a weird papery resin that wasn't particularly pleasant to work with. It has a chunky 16 x 11cm footprint and is 14.5cm tall. To my mind it looks like an Old West barn or stable, but I decided to painted it up as a general store. 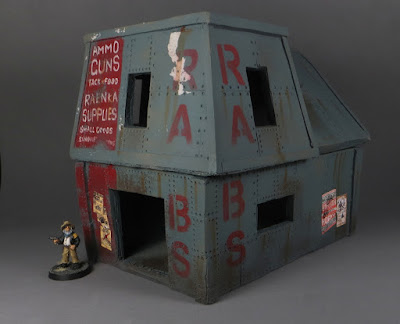 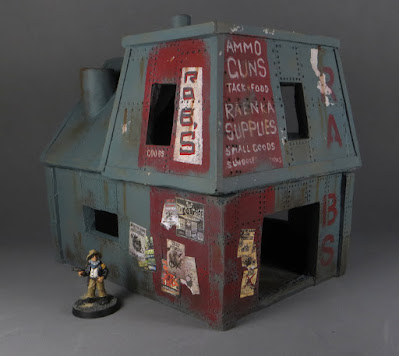 Like all my buildings, I went from a grey base with some drybrushing with added of grime and rust streaks. I had fun adding the advertising elements, with plenty of posters stuck on to finish it off. 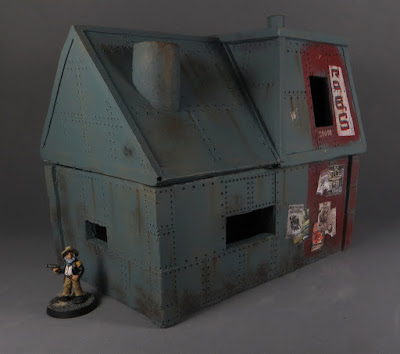 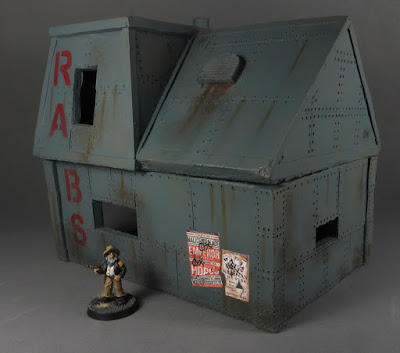 I just wish I'd thought to add a back door!

The roof is removable, but the original model just has a large open space, with no way to access the upper windows. To increase the playability I added a mezzanine floor made from a rectangle of thick plasticard. It sits on some supporting struts that I glued to each of the long sides of the building, and I added a little access hatch just as a little extra bit of detail. 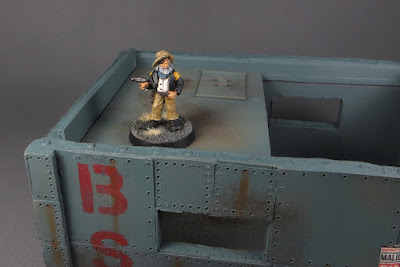 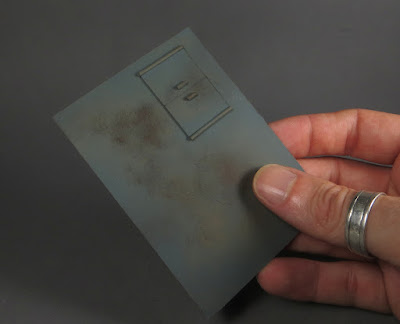 It was a pretty quick task, but it does now mean that miniatures can be placed inside building with vantage points from the upper windows. 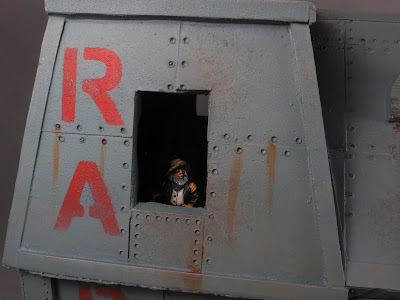 All in all, I think the building works nicely alongside my other frontier town buildings. I could have increased playability by adding some ladders and extra doors, but it's good enough for my purposes!