Making the most of my current enthusiasm for Strontium Dogs, I knocked out another pair over the weekend. This pair includes Mutant Army General George Moore aka The Torso from Newcastle, and another Stront of my own creation, Thickskin Dixon.


The Torso is from the now out of production Wargames Foundry 2000AD range. Although the range as a whole is larger than my preferred scale (~32mm as opposed to 28mm), By virtue of not having a head, The Torso just about fits in visually along with the smaller Citadel figures.

I went with a classic rust-brown and green colour combination (although I could equally have chosen red and white). The sculpt (I think by Tim Prow) is nicely executed with chunky, well defined details. 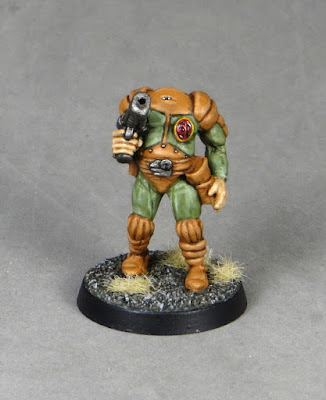 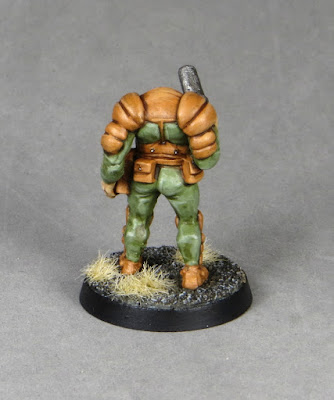 The second Strontium Dog comes from a desire to have a bigger, bulkier figure mutant. He's based on a Warlord Games Boromite from Gates of Antares. I added some shoulder pads and the Strontium Dog badge, but he's otherwise unmodified. 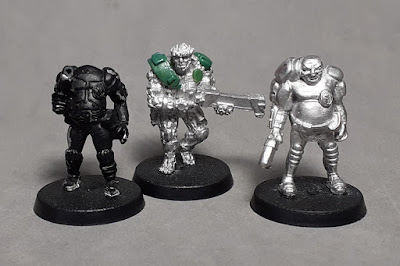 I tried to stick with comic-book colours for his paintjob. Painting the skin a flesh tone (as opposed to grey or purple) helps to suggest that he's a mutant rather than an alien. 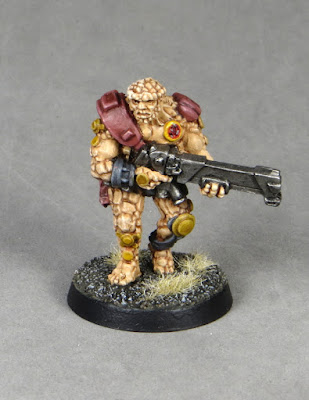 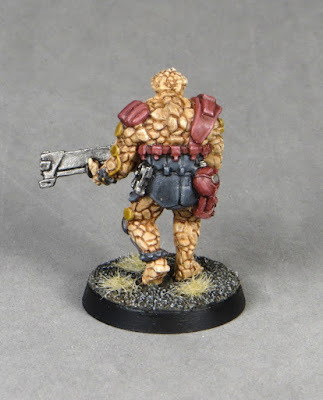 Both of these new Stronts are taller than Citadel's diminutive Johnny Alpha, but I think they're both within acceptable visual limits.


I'm hoping to work on another couple of Stronts over the next week, so watch this space for more!
Posted by axiom at 14:48