Aside from Johnny Alpha, one of the most iconic Strontium Dog character is Durham Red - the vampiric Search/Destroy agent. 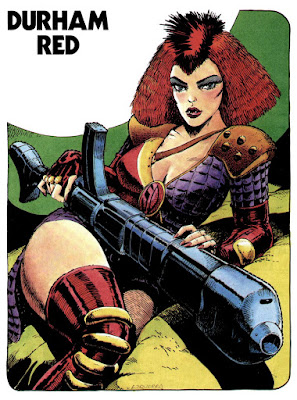 Finding a suitably-scaled Durham Red to sit nicely alongside the Citadel figures I've locked myself into using is no easy task. And I've spent a lot of time trying to work out the best approach over the last couple of months!
﻿


I had high hopes for the version of Durham Red from Osprey's Judge Dredd: Helter Skelter miniatures board game, but unlike Middenface McNulty, Osprey's Durham Red was too tall and had bizarrely long legs. So I started to concept out some extensive conversions using old Citadel models:

These had potential, but would involve a huge amount of work. Which brought me back to the Osprey figure. The key problem I had with the figure related to the over-long bandy legs. Sorting those out would allow the me to overlook the tiny hands and short arms.

﻿
Although Option 2 required the dissection of a classic miniature, I decided it would result in a better pose and more pleasing result. 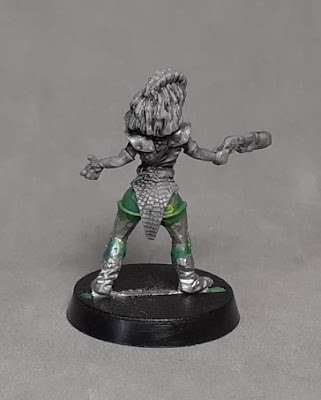 Phew... after all that it was a relief to find time to get Durham Red painted! I went for a fairly traditional paint scheme with the yellow and purple outfit happily clashing with her red hair. 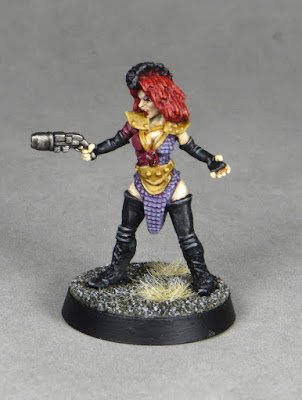 I tried a paler skin tone that usual, which allowed the eye shadow and red lips to pop a little more. 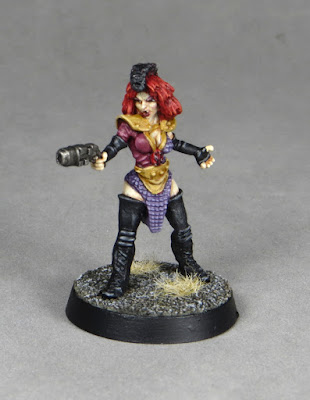 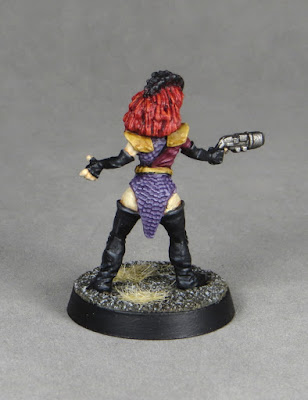 The model does retain the over-exaggerated and probably rather uncomfortable 'sticking out bum' pose. 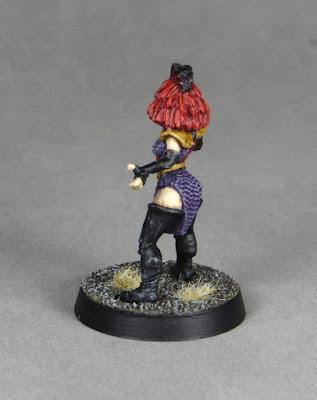 All in all, I'm very pleased with the results - probably the best compromise from the options available. And happily, she doesn't make Johnny look too short! 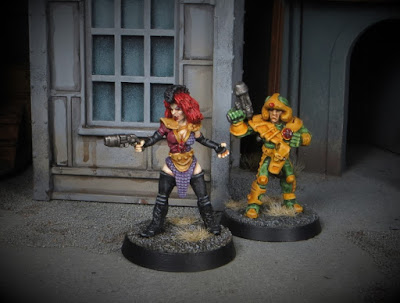 With Durham Red done, I think that will be the last of my Strontium Dog figures for the immediate future, although I do plan to revisit the setting with the Stix Brothers and some local security types at some future point.
Posted by axiom at 15:23