The Hunter in the Shadows - Venator Sniper

With a new Necromunda campaign due to start in about 2 weeks, I've had to acknowledge that I won't have time to get the Helmawr gang finished in time. They'll just have to sit on ice for a while, and instead I can add a handful of new figures to the Venators. I've worked out that with the Venator ogryn, I only really need another 3 figures to have a viable gang with plenty of options. 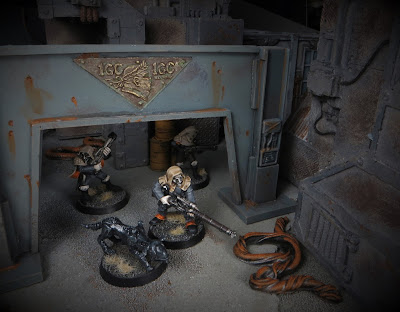 One of my favourite specialists in any gang is the long ranged shooter - that guy armed with the high powered rifle and a selection of scopes who can pick of opposing fighters at range.

My Venators currently are exclusively equipped with mid-short range weaponry, so it was high time I added a sniper into the mix.

This guy is built from the legs of a Rogue Trader Imperial Guardsman, the upper torso of the Dungeonquest elf and modern plastic Skitarii arms. I think the sight comes from a FW accessory pack. 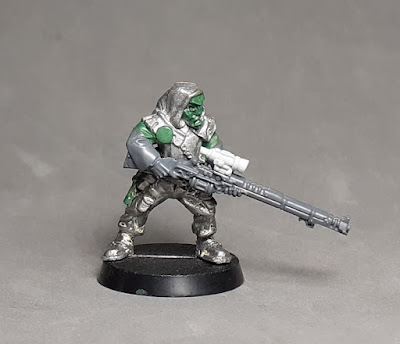 I spliced the IG legs with the elf's torso after snipping away the original arms. Then it was a simple case of fixing the new arms and filling the gaps. I also added a couple of new pouches and reworked the combat knife as a small axe using a small scrap of plasticard. The mask was sculpted over the top of the elf's original face. 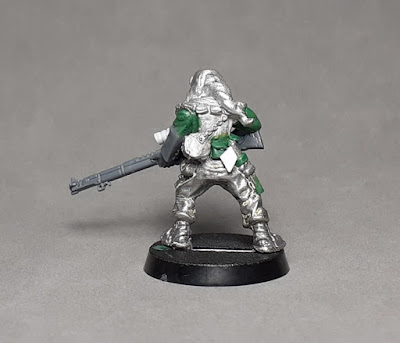 I painted him up in a little bit of a rush, but I think he looks OK against his team-mates. 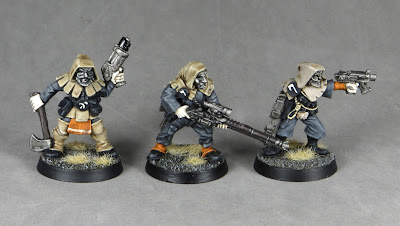 You might be able to see from the painted pics that I reworked and enlarged the mask's nose as I wasn't happy with it from my first attempt! 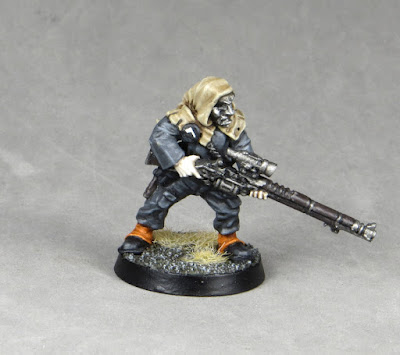 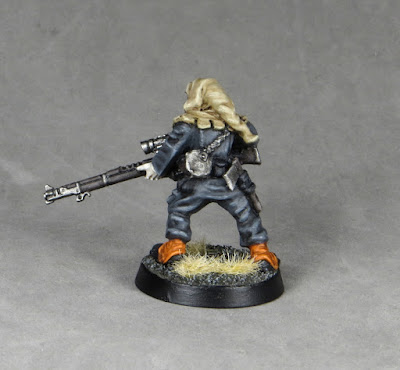 I think all in all he works OK and fits in well enough with the rest of the crew!