Most Necromunda gangs have access to one or more brutes - big muscular fighters that can be added to their crew. Venators don't have a gang-specific brute, but can field either of two universal brutes: an ambot or a servitor ogryn.

I quite fancied giving my Venators the option of having a big guy for the fun element (and the extra muscle of course). Given that I'm pretty far down the road of masked and hooded Venators, it seemed only fitting to follow the theme for their ogryn.


The original Marauder Venators have a pretty distinctive sculpting style, and it seemed obvious that I should use a Marauder ogre as the basis for my ogryn.


I selected the bottom right Marauder ogre as the axe and outfit seemed to have most commonality with the Venators.

I spliced in the hood from a night goblin fanatic and sculped the hood transition areas. I also added exaggerated cheekbones and chin to make the face look more like a mask. 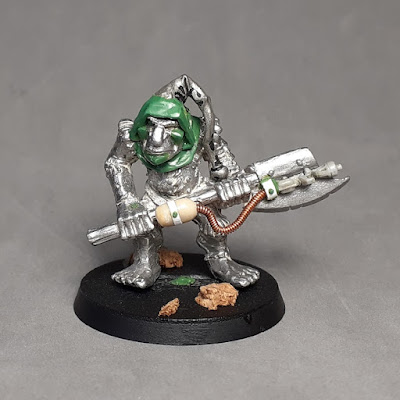 Servitor ogryns can be armed with an arc welder which can set opposing fighters on fire, so I adapted the axe by adding a Confrontation hand flamer connected to a fuel tank from an RTB01 space marine flamer. On the rear, he got some pouches (possibly ork?) and a noose to tie him in visually to the other Venators. 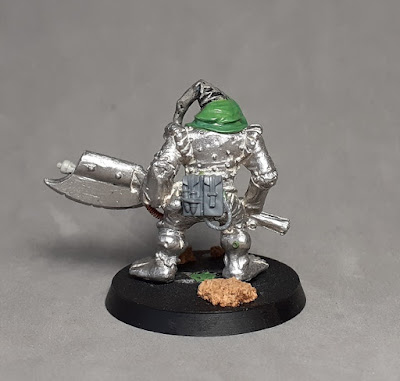 I painted him up exactly the same as the other Venators - grey clothes and khaki hood with a shiny metal mask. 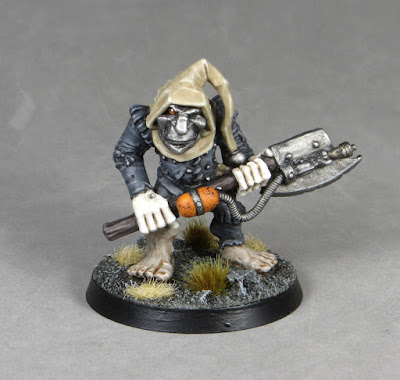 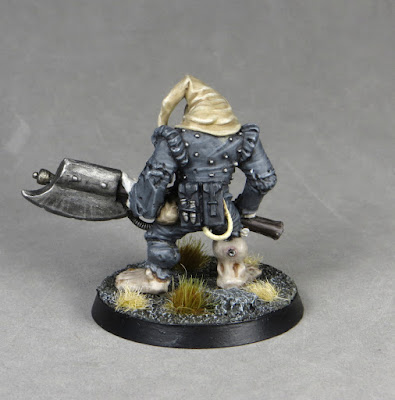 As I was building him, I wasn't entirely sure whether he was a bit too comedic and ridiculous, but I think the sinister mask stops him from being too silly. At least I hope it does anyway! Either way, I think he fits in rather nicely alongside the other Venators. 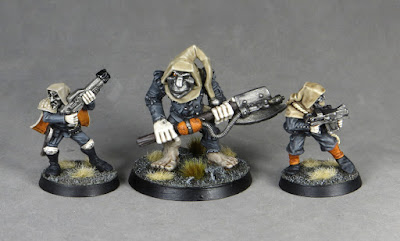