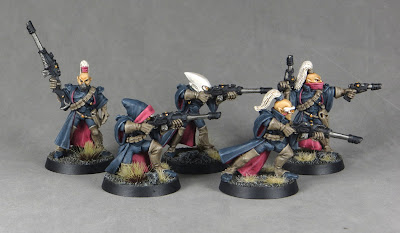 First up are these 5 unmodified Scouts.  In Kill Team they represent 4 Rangers (the 4 lads with the long rifles) and a Storm Guardian (the pistol toting gunslinger).

I copied the colour scheme from my Inquisimunda Eldar Scout, Merne Darkbrow, from a few years back.

I really like the midnight blue with the white and pink. I'm considering whether it would work rolled out over a full Eldar force. 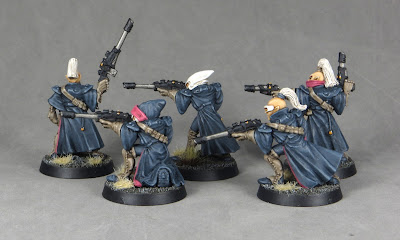 What's  next? Here's a sneak preview of some of the other members of the Kill Team (along with Merne Darkbrow himself!). Keep an eye out here for the next couple. 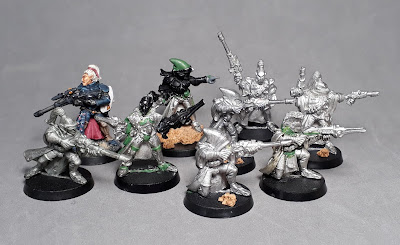 *depending on your vintage
Posted by axiom at 13:24