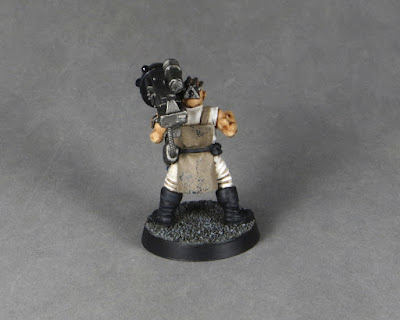 I have actually done very little to Zepto - not much more than attaching a pair of the classic plastic Confrontation bare ganger arms and equipping him with a conversion beamer as a plasma cannon stand-in. 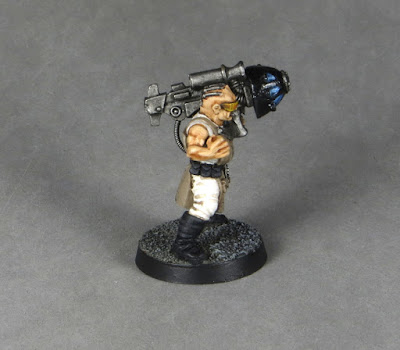 I did sculpt a few elements just to tie everything together: a hem for his sleeveless t-shirt at his right shoulder; a thumb on his right hand; the fingers and the tech doodad on his left hand. I also added the cable running from his conversion beamer just to try and integrate it further into the model. 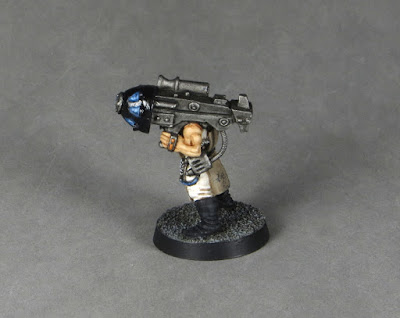 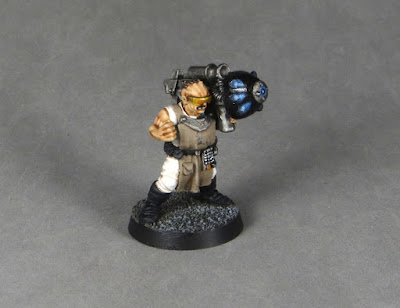 I forgot to take a picture of the differences between the lasgun and lascarbine gangers from my last blog post, but I remembered this time:

Hopefully it's pretty clear that there is a difference between the two weapons and their barrel lengths. I think it's very possibly a greater visual distinction than the actual lascarbines and lasguns on the plastic Van Saar kit!