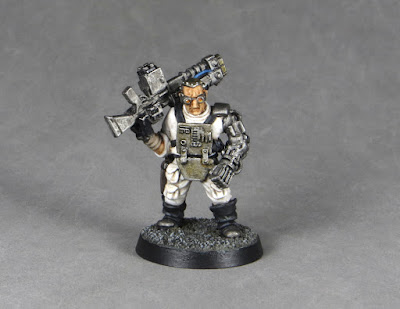 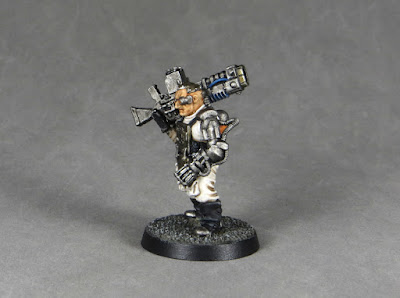 I kept the colours to the same limited palette - mainly white, black and metallic, with some flashes of orange and blue. Orbison's body armour got a sepia wash like the other higher-ranking fighters (I'm imagining it to be a superior alloy of some kind). 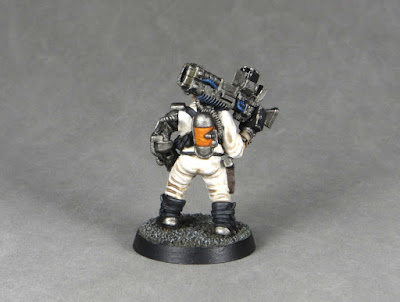 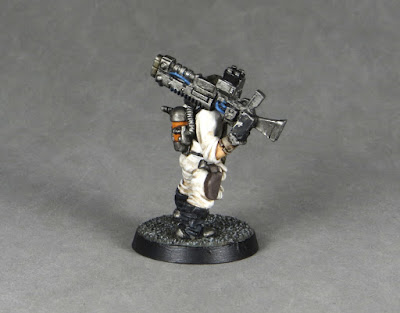 The figure is made from one of Roy Eastland's armless Tech sculpts. For whatever reason, unlike the other Eastland Techs, this figure was uncatalogued and is relatively uncommon.

I added a pair of new arms and a funky new plasma gun. The left arm was cobbled together from the lower section of a Forgeworld Space Marine character arm, while the upper portion is a Frankenstein mix of components, including a bead, plastic rod, paperclip wire, a ball bearing, greenstuff and flexible cabling. 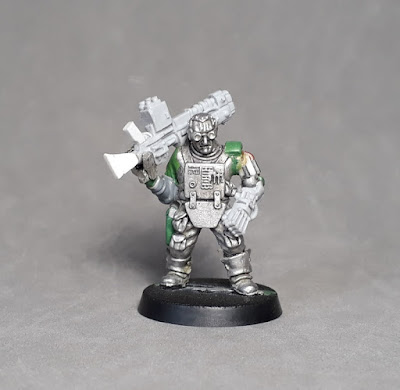 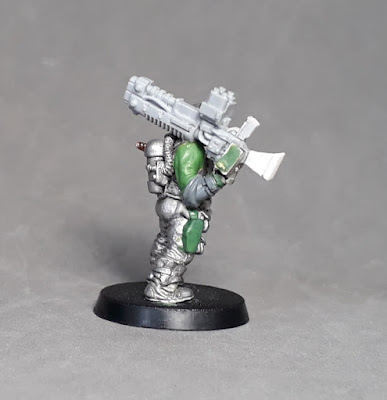 Orbison's right arm includes a portion from an Orlock ganger, the servo claw from an old Techmarine backpack, and some greenstuff. I also added a holstered pistol using an old Confrontation gun and geenstuff. 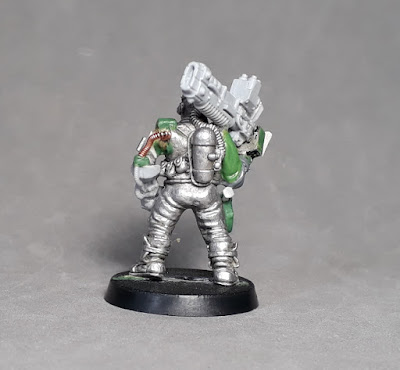 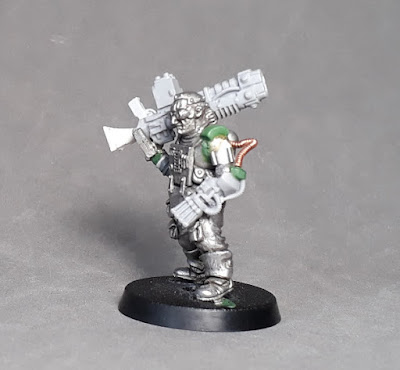 Orbison's plasma gun is made from a Forgeworld volkite caliver with a pistol grip salvaged from my bits box. The stock is just plasticard cut to shape and with a groove cut into it for detail.

The conversion was actually a lengthy and convoluted process. I had real problems with the right arm due to the angles and the shape of the plasma gun. Happily some feedback from fresh pairs of eyes pointed out two critical areas for improvement - the angle of the wrist and the stock. Of course, Orbison probably can't fire his gun with that crude servo claw, but it does look cool!

*Post title courtesy of cheetor.
Posted by axiom at 11:58