Work continues on my new / old Necromunda gang - the middle-class House Morlaque. The two latest additions are another pair of gangers - Graber and Lapp.

This time both gangers are unmodified apart from the arms (both pairs from Victoria Miniatures). Graber has been given an old school lasgun too. 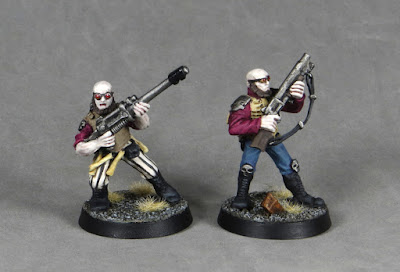 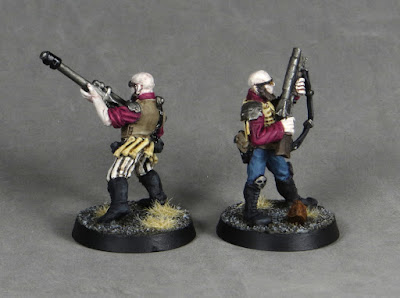 I replicated the colour palette from the first two gangers, just giving this new pair purple shirts rather than purple trousers. Graber got a natty pair of black and white striped trousers, while Lapp has a pair of small bones added to his shoulder pad. 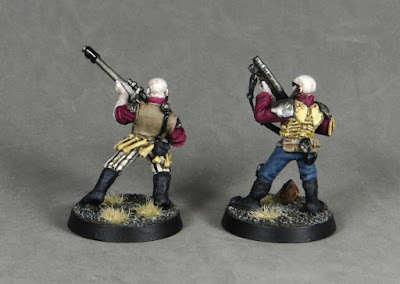 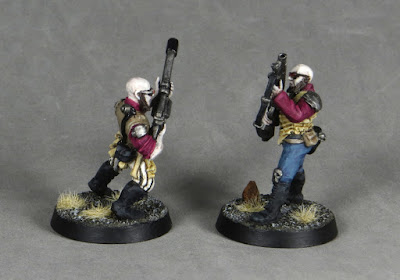 With this pair completed, I now have 50% of the starting gang ready to go. I'm looking forward to working on the remaining quartet that completes the starting roster.


Note that Lapp (left) and Braxton (3rd from left) are the same base model. Braxton has a head swap, donated from duplicate Graber (2nd from left), and of course the arms are different. The minor changes and the variation in paint goes a long way to making them look like individuals rather than clones.
Posted by axiom at 11:55