Judda was painted over a year ago, but I am choosing to use him as the next instalment of Choose Your Own Adventurers because I didn't blog about him at the time, and also he has become (through his highs and lows), one of my favourite characters.


Described as "Scum" on the Adventurers colour advert, the figure is also referred to as a Space Eunuch. He brandishes a chunky chainsword and sports a natty armoured mankini. With his shaven head, and copious quantities of bare flesh, I decided that he was the perfect model to act as the bodyguard to my Helsreach Water Seller, Silwon Fisk.

Judda was conceived as Fisk's bodyguard with an undercurrent of forbidden love. His in-game role was to defend Fisk's ash wastes crawler from any boarders, and of course, to ensure Fisk did not get harmed. Over the course of the ash wastes campaign we played at the end of 2016 and early 2017, Judda proved himself to be a rather dim-witted and clumsy bodyguard. His list of notable actions includes:

But after all that, the post-battle petting and sweet treats from Fisk, the catcalls from rival gangs over his fashion choices, wouldn't you be rather fond of Judda too? 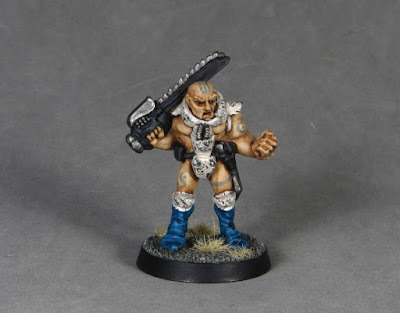 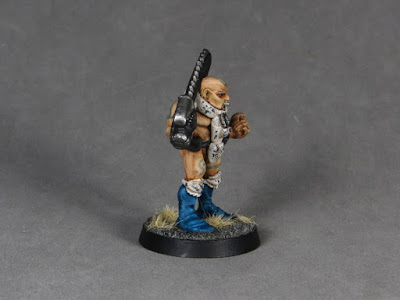 Judda's paint scheme is in imitation of his master/lover. I repeated the white armoured sections, tattoos and blue spot colours. 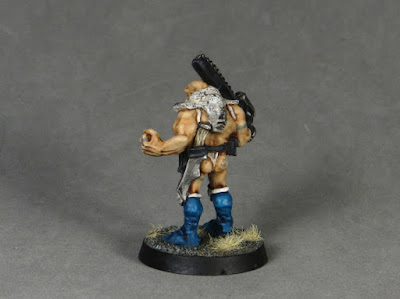 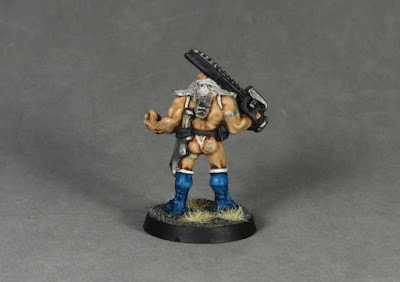 Just in case you can't see it, Judda also got a nice little buttock tattoo. I think Fisk's hands are bigger though! 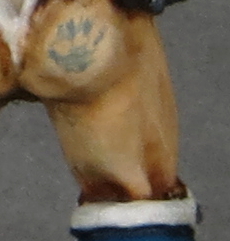 The Space Eunuch really is a joy to paint. After all, it's not very often you get to paint bald dudes with big chainswords and wearing armoured thongs is it?!

Curis will share the next adventurer, followed by cheetor. I suspect my next offering will be in the New Year!