I suspect that if you had to specify a riot control vehicle for your local law enforcement outfit, the sort of thing that would spring to mind would be a wheeled APC, perhaps with a turret mounted watercannon. Possibly with a dozer blade for clearing out barricades and shunting aside burning wrecks. 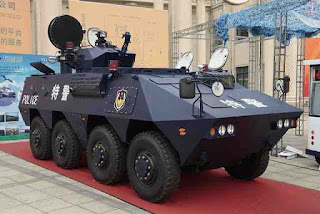 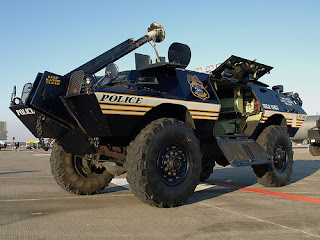 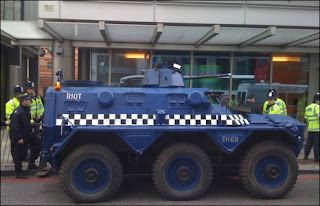 A few years ago, I used my Adeptus Arbites in a couple of games. I didn't have anything suitable ready to go, so I picked up a marginally over-scaled but cheap toy police vehicle (with sound and light action). This vehicle has seen a fair bit of use in games which require swift deploying of Arbite troopers. It can even be operated by Jokaero. The flashing lights and nee-naw sounds are of course, a bonus. 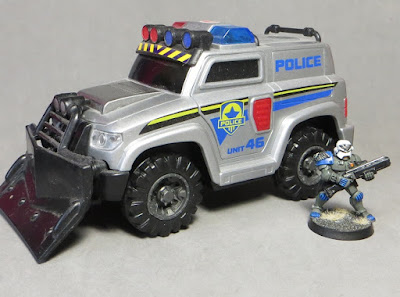 In reality though, the toy police car was only a stop gap until I got round to replacing it with something more suitable. I'd been keeping an eye out for the Forgeworld Repressor tank, but sadly the kit is out of production at Forgeworld and only available at rather high prices on ebay.

As luck would have it, I happened upon the Chimera Urban Response Vehicle conversion kit by Models and Minis. After incurring a little delay from casting, transatlantic postage and a short stay with Her Majesty's Customs Officers, the kit arrived last week. For some reason, I fancied putting it together and painting it pretty much immediately. 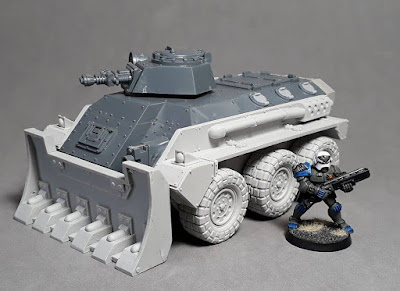 The Urban Response Vehicle kit is intended for use with the GW Imperial Guard Chimera. It includes two side panels, 6 wheels, a dozer blade and support, and a rear door section. The resin is nice, high quality, with only a few air bubbles requiring filling. I had to do a small amount of filling at the back of the APC body with milliput in order to cover up some gaps, but hopefully that won't be too obvious on the table. The little gun port hatches come from Zinge Industries.

I painted up the APC in the same colours as my Adeptus Arbites - a field grey with flashes of blue and white. 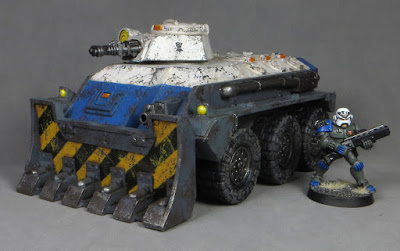 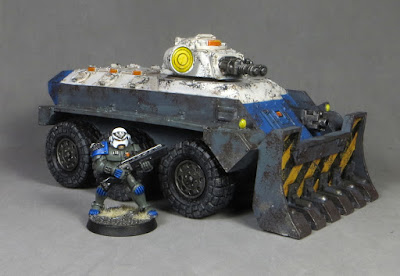 The dozer blade got traditional hazard markings, while the viewports are the same orange as I used on the helmet lenses for the Arbites themselves. 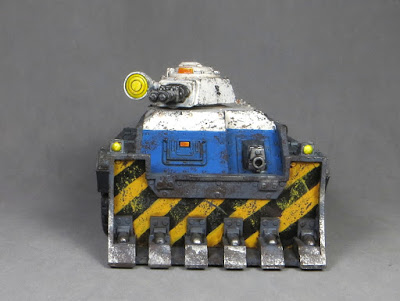 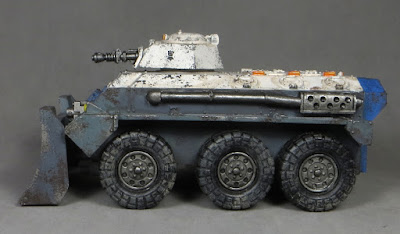 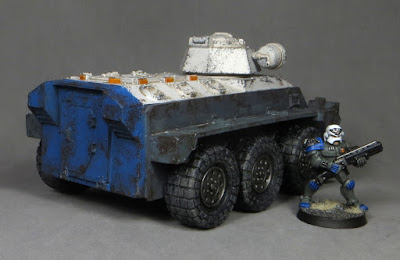 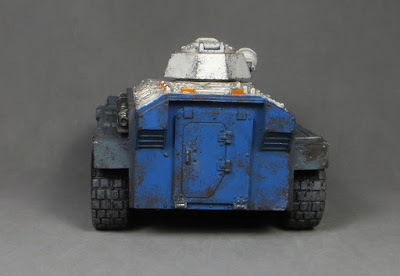 I did intend to add a few transfers in a couple of places, but the ones I had to hand were so old that they simply disintegrated. So I didn't bother in the end!

I am certain that the APC will see an awful lot of use, both as an active transport vehicle and purely as scenery to play around. Any suggestions as to what should I do with the cheap toy the new vehicle replaces?