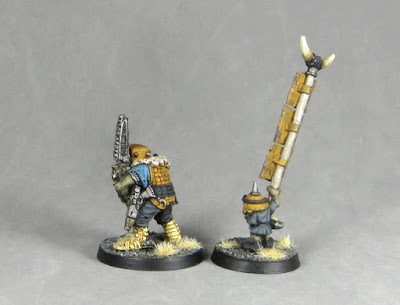 
I then sculpted a new, neater helmet, closer in design to the original Space Goblin, topping it with a trimmed down spike from Makari's original helmet. 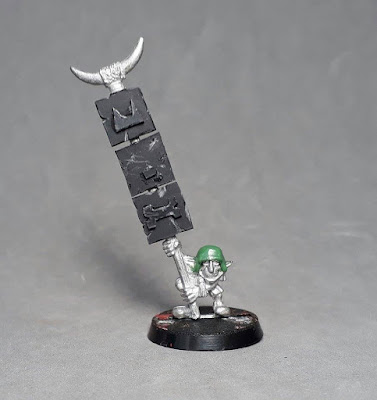 I didn't want to make a paper banner, so I opted for a bosspole with some orky glyph plates mounted on it. These were made from plasticard, with a thin strip of card used for the rear fixings. If my ork glyph translation is correct, the threat displayed is that enemies might meet a 'bad pathetic death'. Or something like that. 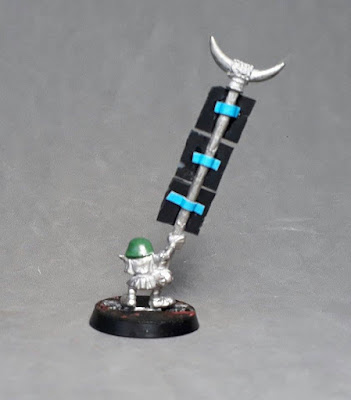 The colour scheme was the same as my earlier orks - painted yellow metal and armour, with a mixture of grey and blue cloth. 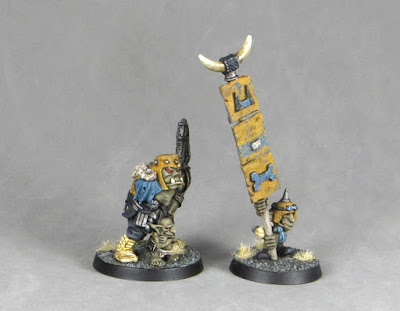 So that now brings the teeny tiny warband up to 6 models strong. I think I'll need a few more boys next to fill out the ranks.