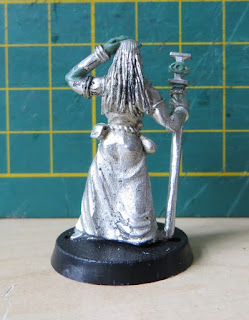 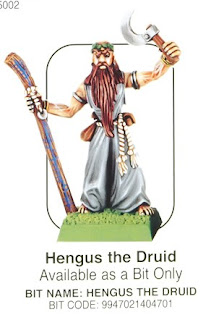 Gretchin has converted the figure from the Warhammer Albion Dogs of War character, Hengus the Druid. You can see that she's made some very elegant adaptations, including arm repositioning, resculpting the left hand and removing the wreath around his head. 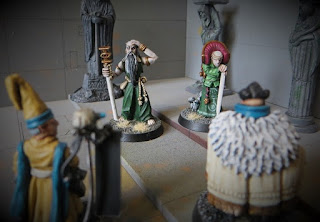 Alsus is a forceful and powerful Astropath. He cares little for subtle and gentle broad-spectrum transmissions, favouring a direct (and some would say harsh), approach. This focus has made Alsus the favoured Astropath for high priority messages from planetary rulers and military commanders. 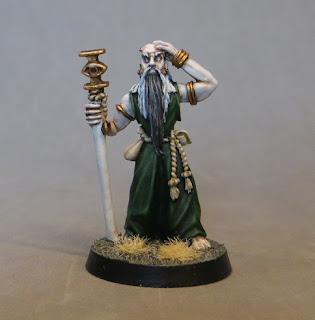 Alsus received the same colour palette as the rest of my Astropaths to date. He has much in common with Astropath Yerl; they both share a tall, lean body shape, and very simple belted robe.

I painted his beard with the strong black central portion and white either side after seeing a fellow gamer with a similarly coloured (although shorter) beard! 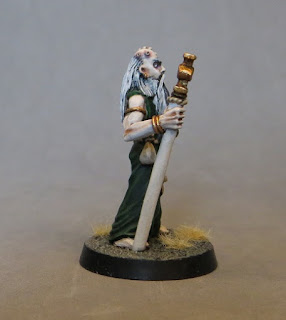 Gretchin had sculpted a nice pair of skull ports onto Alsus' head. I added a little red wash to the skin surrounding them to represent irritation. 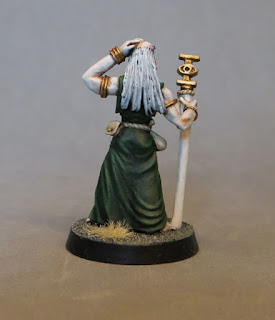 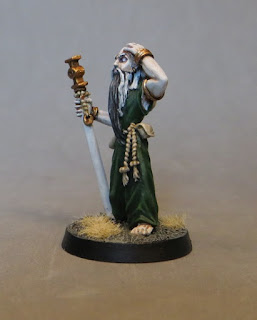 I'm now up to nine Astropaths, making a nice little collection. In due course I'll get round to the Forgeworld Astropath, as well as the one from the military advisors set. And possibly a few others besides!