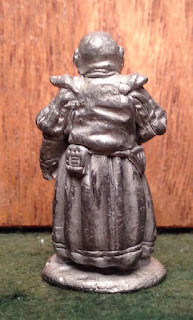 With that decided, I sought some tips on where to begin. The one phrase from theottovonbismark that struck with me, was to 'sculpt either structure or detail at each stage, not both'. I also checked back at some of the work in progress sculpts I'd seen from various professional sculptors, and decided to imitate the 'inside-out' approach - building layers of structure and mass, then detailing at a later point.

I wanted to try and capture the Interplanetary Merchant's bulk, so spent a bit of time building up his belly, man-boobs and fatty back. This required some research, and I googled some reference pictures (note of warning, search results for 'naked fat man' include some alarming images!).
﻿ 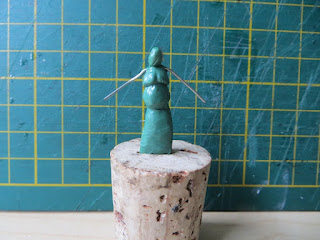 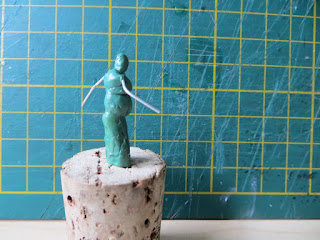 At this stage, I didn't really bother with sculpting the legs - as it was going to be covered with robes. I suspect I should have actually sculpted the legs for practice, and to help with the anatomy. 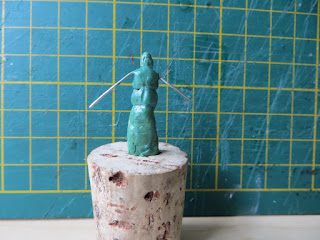 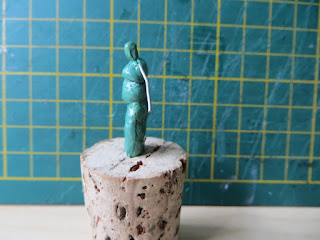 Once the structure of the Merchant had cured, I started adding some clothing. I started with the skirt of his robe, using clay shapers to smooth off the greenstuff and add folds. After the robe, I added the jacket - here I made an error by incising the edges of the open jacket (trying to copy the original Spacefarers miniature). I realised that this was going to look pretty poor, so I had to fill the incised lines and repair the damage. 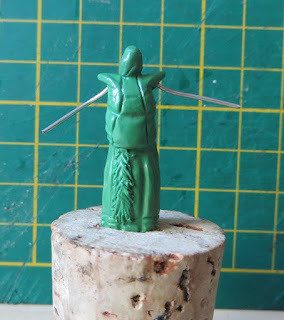 The fur hanging from his belt was simply a strip of greenstuff that I attacked with my sculpting tool. I suspect I'll need to improve my fur sculpting in future though! At this stage, the Merchant also receive some structural pieces for his shoulder pads. 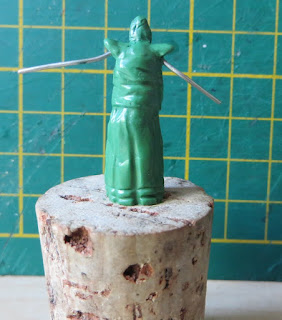 The next thing on the list was to add some structure for the arms. I positioned the armature in the right place and bent it for the right elbow, before adding some structure to sculpt over. I also trimmed the shoulder pads at this point, and added the two edges of the jacket (much more effective than the incised lines). 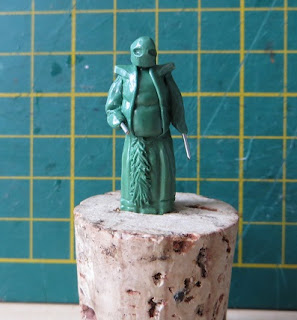 Up to this point, I'd been making my approach up on the spot, using the techniques I'd used in my conversions. And you can see from the melon-shaped head exactly the point where this approach failed! I honestly had no idea how to go about making a head, and just blobbed on a big piece of greenstuff in the hope that it might be a good starting point. Which it wasn't - it looked crap! 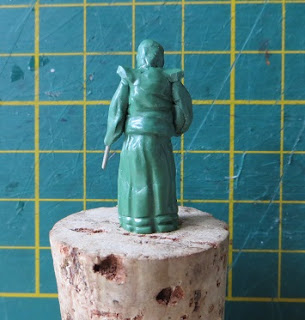 After some feedback, I trimmed the 'head' back and watched Tom Mason's excellent video on sculpting faces. Five or six times.

I won't claim that my Merchant's new head is perfect, but it's passable, and significantly better than Mr Melon above! The head was done in about three sittings, by sculpting a basic skull shape, then dressing it with cheeks, ears, nose and beard. 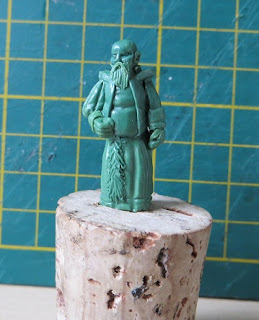 After the head, it was just a case of adding a few final details - collar on the jacket, puffed sleeves, hands, little tech thingy I made out of a square of plasticard. 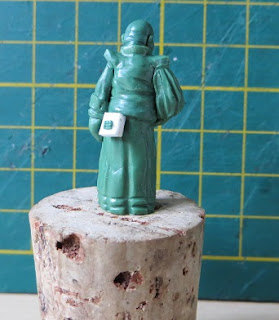 At this point I was pretty satisfied. I even announced that he was finished. But then someone commented on the lack of feet. 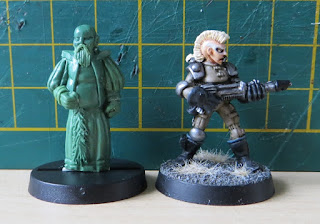 'No problem', I thought, 'the feet are hidden by his robe'. Except that the reference figure has feet that show. And the robe is too narrow at the ground to be hiding feet underneath. 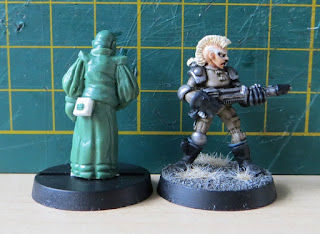 So I went back to the green, and added some feet, and resculpted the base of the robe accordingly. 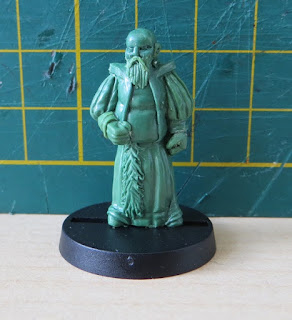 Only now his feet were clearly UK size 2 micro feet - far too small for his body!

So I attended to his feet again, and added a pair of shoes somewhat more fitting for a man of his girth. 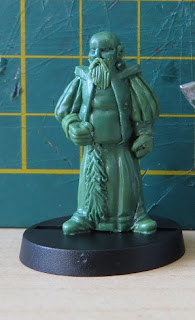 At this point I am definitely calling the figure finished. I think he is acceptable enough for me to be able to paint and use, and any additional time spent refining him would be better spent sculpting something new. 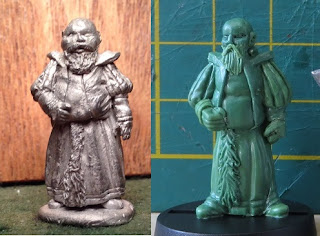 Whilst I haven't made an exact replica of the Spacefarers sculpt (mine appears to be a little less flabby!), I think he's recognisable. As a first ever complete sculpt, I'm pretty satisfied!﻿
﻿
﻿
Posted by axiom at 15:28