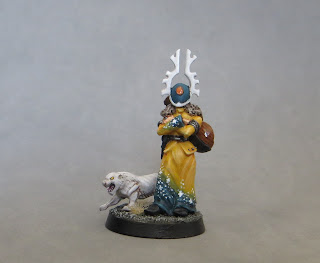 I had converted up a Bonesinger model last year, but only now got round to painting her up. The figure is based on the androgynous form of the Eldar Trader from the Rogue Trader Adventurers range.
I removed the original (damaged) head and replaced it with a suitable helmet from a custom Eldar Bonesinger figure. The skirt was sculpted over the legs, while the lute came from a Reaper pack of musical instruments, the strap being made from thin plastic. 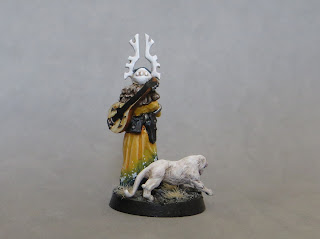 Lriael's feline familiar is a plastic elf cat from one of the Mantic sets - just the right size to be added to the base! 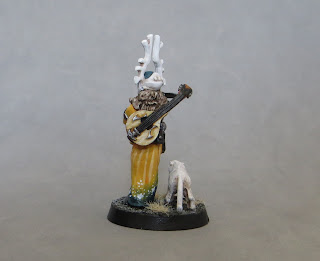 I knew I wanted Lriael's dress and fitted jacket combo to follow the same Japanese style that I've used on most of the other members of the warband, and I hadn't done any yellow to date. A quick google search for yellow kimino patters threw up the one below, which I used as the basis for Lriael's design. I think the yellow and dark teal combination is pretty striking.
﻿ 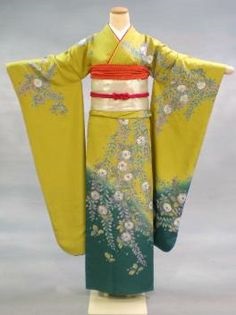 I think the different patterned fabrics are starting to look pretty eye-catching together: 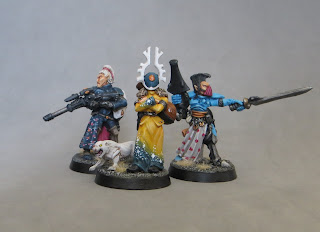