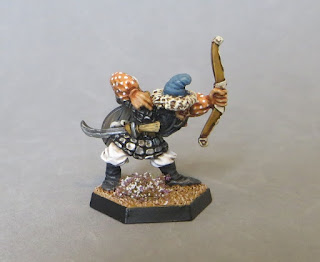 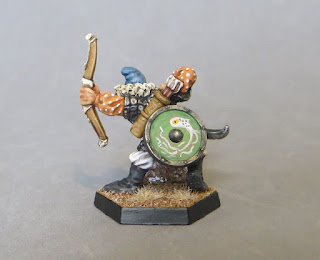 Jakrit is my last addition to the Pan Tang Frostgrave warband I'm taking over to Ireland next month. He is a slightly modified Citadel AD&D Hobgoblin archer, with the addition of a beard and taller hat.


Although the Hobgoblins are more Mongolian than middle-eastern, I think he works out OK, as there are some common elements (scale armour, fur). I painted his spotty shirt as another nod to fabrics shown in early Persian paintings.

As soon as I get chance, I'll take some nice scenic shots of the full warband, but for now you'll have to make do with these hasty assemblages! 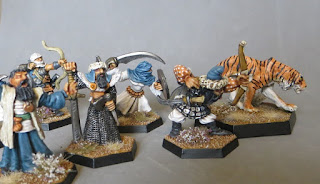 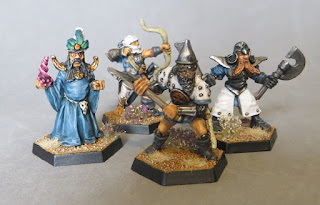