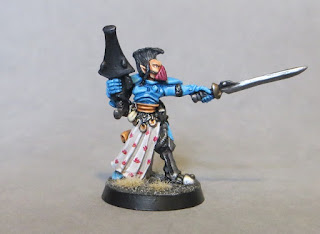 Like several others in the warband, Tal received a vaguely Japanese inspired scheme, albeit this one was much brighter than the more subdued colours on the other members.﻿ 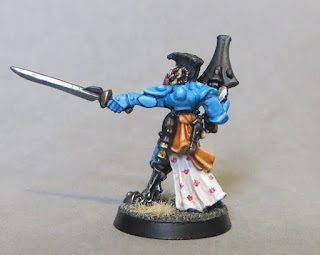 I converted Tal up from 3 separate models - an old Eldar champion who donated the upper body and bionic leg, a shuriken catapult from another Eldar figure, and finally the right leg and sarong / skirt from an Eldar sorceress.

The warband is now starting to look pretty strong, and I took the opportunity to take some scenic shots:﻿