A Tale of Two Baldies - Xenos Merchant and Genestealer Magus

My two lastest figures have a few things in common; they are both aliens, both bald and both have interesting stories behind them.

First up is a figure from the talented hands of Sonny Bundgaard, and was sculpted for the Frothers 2014 sculpting competition: Froth Eisley. Sonny had a small number of his alien merchant sculpt cast up in resin and was kind enough to send me one on the understanding that I would paint it.

The sculpt is exactly the kind of simple but characterful figure I like to paint - he has an expressive face and a great pose. To highlight the fact he's not human, I painted his flesh with a purple tinge, with some dappled markings on his head.

I was aiming for a retro sci-fi feel on his tunic; in hindsight it I think it looks more like sporting leisure wear though! 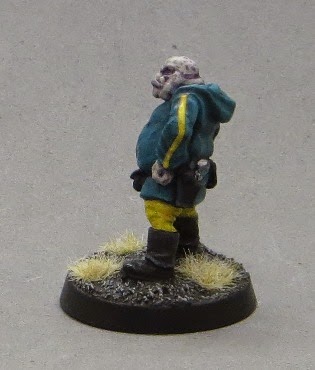 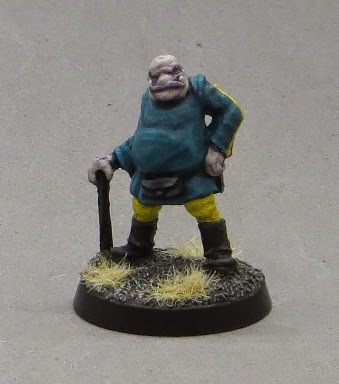 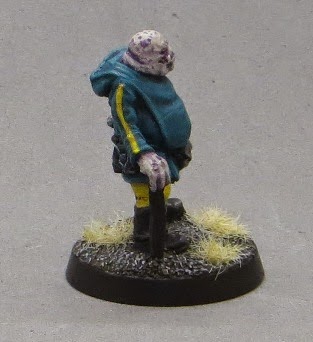 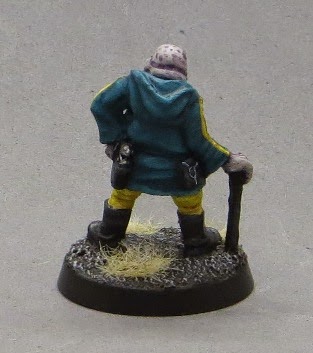 All in all, a really fun figure to paint - I hope you have more sculpts planned for us Sonny!

Second on the painting table is an unreleased Genestealer Magus I offered to paint up for a fellow collector. I was offered a selection of unreleased models to choose from, and plumped for this figure, even though the owner considers it a "horrible figure"!

So why did I choose it? Well, I actually owned a copy of the figure myself, but sold it last year before getting round to painting it. Seeing as I wasn't planning to get a replacement copy, I figured it would be a nice opportunity to test out how I might have painted it.

As for the sculpt itself, I believe the story is that Andy Foster (now of Heresy Miniatures) sculpted up a couple of miniatures in the late 1990s to show Gary Morley (then head of trainees at GW) what he could do. Gary had the resulting sculpts, including the Magus, cast up in a handful of numbers, and the rest is history.

I went for a fairly traditional Genestealer Cult colour scheme, complete with purple and blue. The major deviation is the mustard-brown colour for his robe - I figured he could rid himself of his Cult vestments and travel around fairly incognito in it! 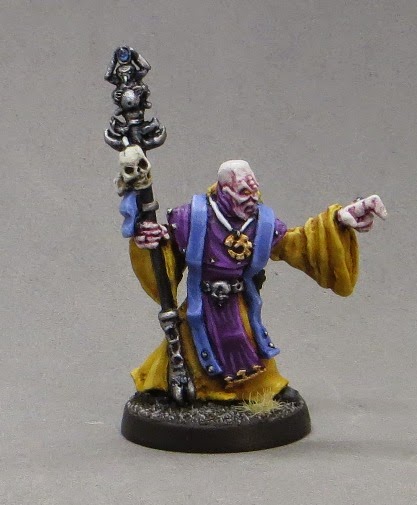 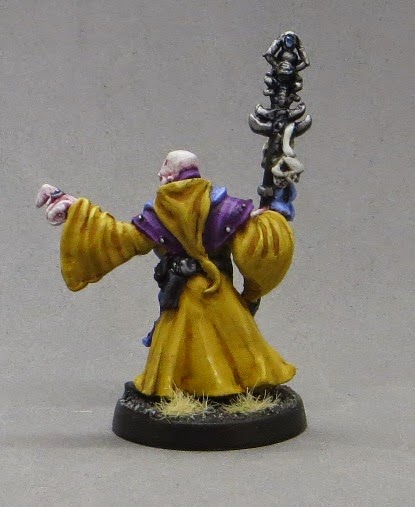 The sculpt itself is very much from the hands of a new or amateur sculptor - there's lots of rough detail and awkward spaces - particularly the zone between the staff arm and body. His hands are odd-sizes (the pointing left hand is massive and singularly lacking in detail). I also had to do a lot of preparation to the figure prior to painting - there was a large mould line across his head and shoulders, and a huge miscast area to the figure's right hand side of the amulet hanging from his neck. In the end I had to cut away a lot of rough metal from that zone, and I ended up resculpting the amulet cord.


Now he's painted up, I think he looks passable next to the Olley (left) and Goodwin (right) Magi, although you can clearly see how less is more - Jes Goodwin's Magus has the least detail of all 3, but in my view is the strongest sculpt, with real poise and presence, in spite of the simplicity.
Posted by axiom at 15:04