Gaming Community Projects
2014 is coming to a close and there's a raft of activity around some of the community projects I'm involved with.

Top of the billing is Project Alchemy, due to end this coming Sunday (9 November). This charity fundraiser in aid of UNICEF has currently raised £1,740, just shy of the £2,000 target, with all donors being entered into a draw to win some amazing wargaming memorabilia. A massive 'thank you' to everyone who has put their hands into their pockets so far! And if you haven't, what are you waiting for! Here's a teaser of what you could win:


The Oldhammer Legacy Warband is looking very fine, with 13 models completed and numerous others currently WIP and due for completion before Christmas. 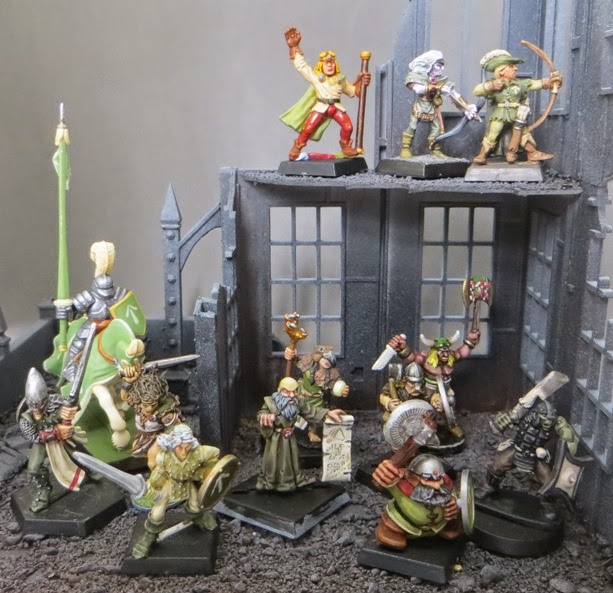 Similarly, the Talk Fantasy Football Legacy Team is coming to fruition, and we're only a handful of models away from a complete team.

I really enjoy participating in community projects like this, where people get to share their hobby and contribute to a group project. Happily, yet another such project surfaced earlier in the week, with the Oldhammer Salvation Army, the brainchild of Asslessman over at Leadplague. This concept is so simple, I'm surprised no-one has done it before:


﻿I love the idea that I can give something that has been in a box for a number of years and see it finished. I am also very much looking forward to working on a model which is the brainchild of somebody else!

Blood Bowl Slann
I'm giving my Slann team a run out tomorrow night, after a fortnight off from the current league. I'll be playing against Tris' Dwarves (not a good match up for me I think, with no block and some dodge on my team). I did put the finishing touches to this guy last night to bolster my squad. This big, ugly frog is my Kroxigor; a simple conversion from the 2nd edition Blood Bowl Troll. His head was replaced with that of a giant toad, and a few Slann-esque embellishments added. 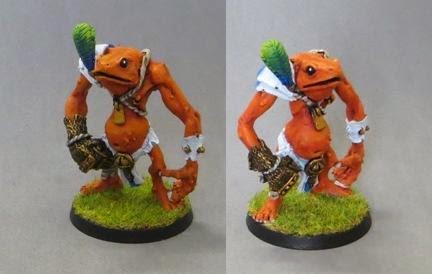 As is traditional with newly painted models, I expect he'll be seriously injured when he fails his first block against a Troll Slayer!﻿
Posted by axiom at 15:05