You Can Buy Anything IF You Can Find It - The Bazaar

If the first part of a project involved some vendors and goods to sell, then the second part of the project needed to be a location for them to do some selling. It's not the fantastic Necromunda market (although I will get round to doing that at some point). It's another creation build for me by Graham at Grimsforge - a bazaar with some little commercial units for my vendors to occupy. 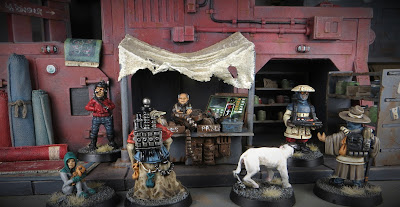 Like the last buildings Graham built for me, I drew out the design and he brilliantly produced a model for me to paint. 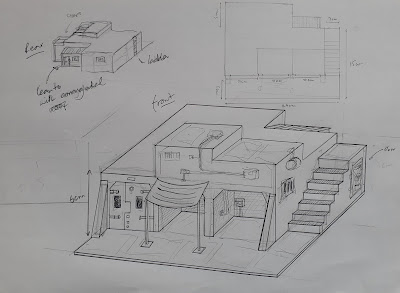 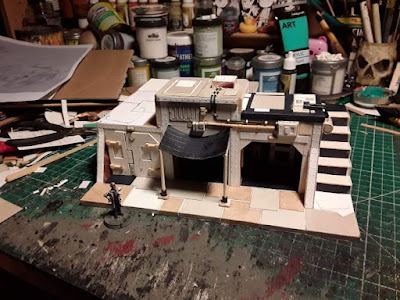 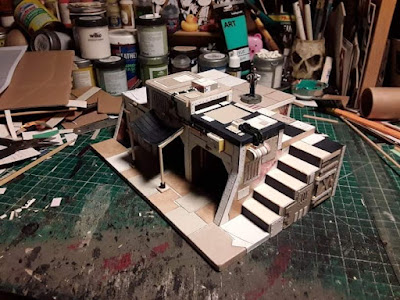 I did make a little tweak by adding the ragged awning over the top of the original card structure, as I wanted a more weather-beaten feel.
The painting was the same tried and tested approach of adding colour then drybrushing everything with a pale brown and adding some rust streaks. 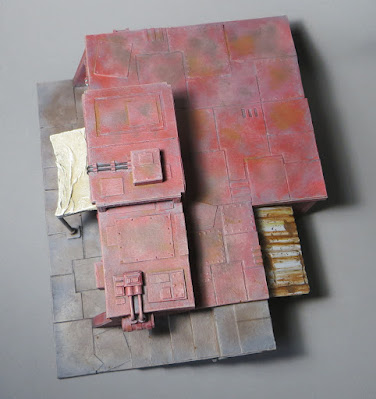 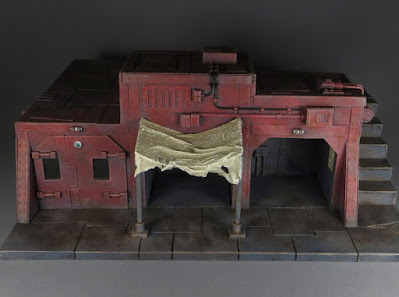 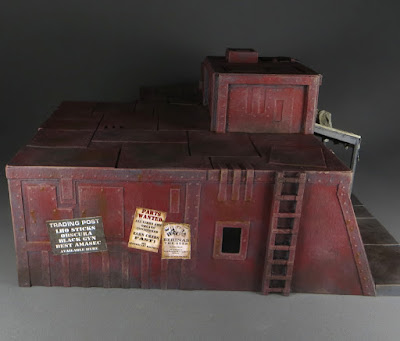 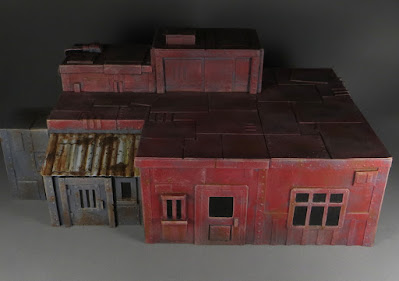 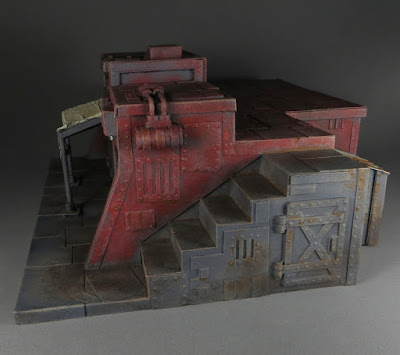 I kept all of the set dressing separate so I can use this as a warehouse, storehouse or similar if I want. The individual units look pretty cool when everything's added though! 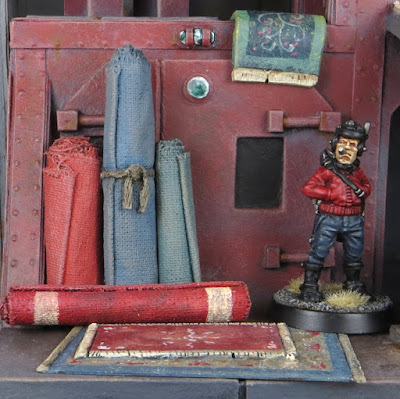 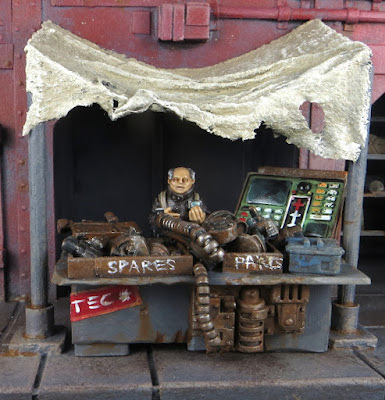 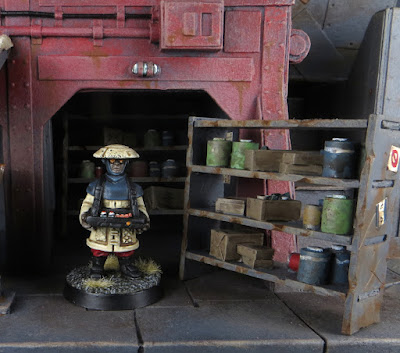 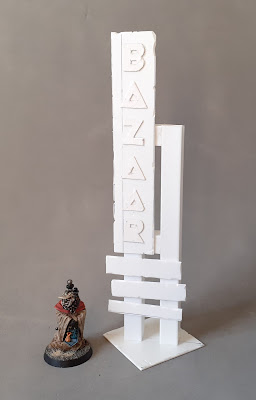 The sign is built from scraps of plastic sheet on a frame made from square plastic tubing. The letters were cut out from cereal box card. 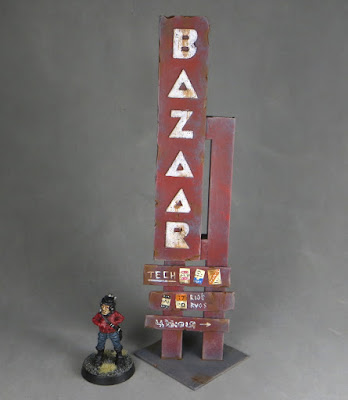 And with that sign at the entrance, why wouldn't you want to visit to do a bit of shopping?!
Posted by axiom at 16:38