Not Even a Pretty Face - Ogryn Space Pirate

I love adding exotic outliers into a project. Usually these end up being little imp like companions who ape the costume and trappings of their crew, but in the case of my squat pirates, I decided to go bigger rather than smaller. After all, a nasty crew of beard-wearing space corsairs would probably welcome a larger, nastier beard-wearer. Especially one with a feather in his hat! 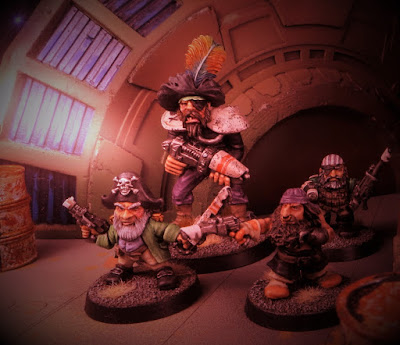 The latest addition to the crew is a piratically-themed ogryn. He is based on a Khanate Warlord from Alternative Armies' Ion Age range. 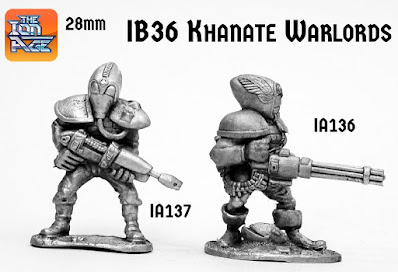 I had picked up the model second-hand for about £2 several years ago, and it had been sat in a box waiting for the right project. I had actually looked at and discounted a number of Citadel ogryn models and other space ogres before I remembered the Khanate Warlord. The model had the right mix of size, lankiness and aesthetic that would let him fit nicely in amongst the squat pirates.
The conversion was very basic. I removed the integral base, replaced the head with one from a Citadel ogre maneater, and trimmed down the gun barrel. 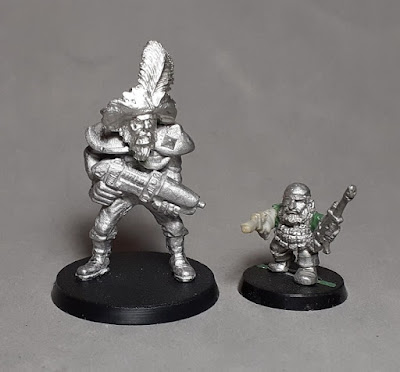 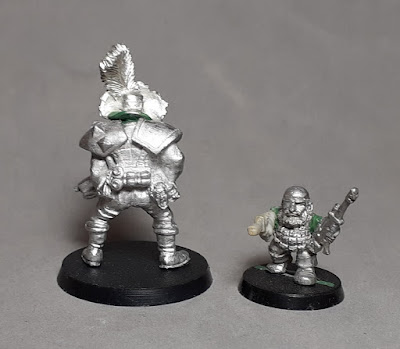 As for painting, I simply replicated the colour palette I've already used on the squats. I particularly like the orange stripe on the gun casing (used on a couple of the squat's weapons) and his flamboyant feather. 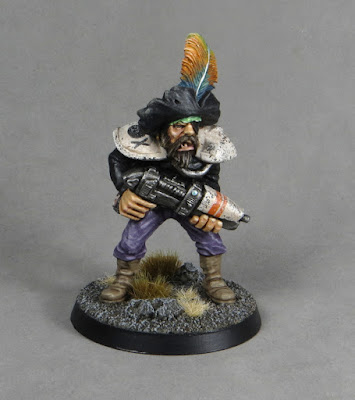 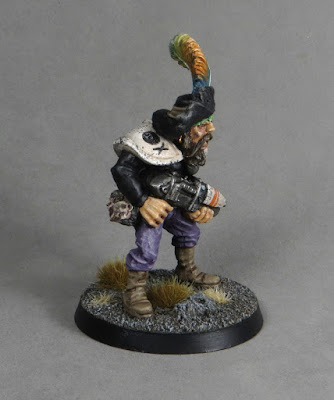 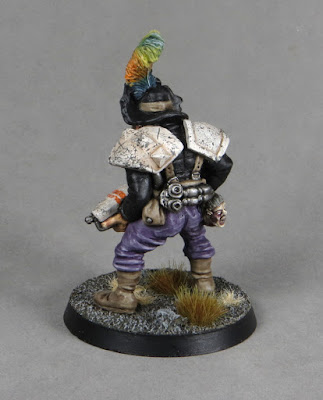 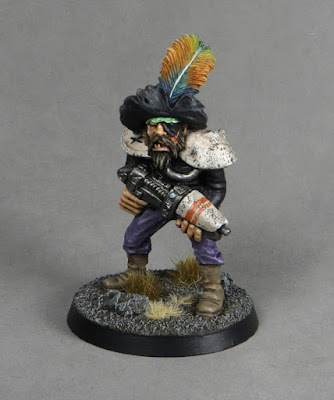 The feather is loosely based on macaw tail feathers (which are obviously a completely different shape, but I liked some of the colour combinations).
All in all, I think he's a useful addition to the crew, both by balancing their short stature and in order to terrorise those cargo-lugger captains into surrendering without a fight!