A Short Plank for a Scurvy Crew - More Squat Pirates

Another small group of Captain Grugari's Dreadstorm Privateers have made it off the WIP to bring the piratical crew up to a respectable six in number! 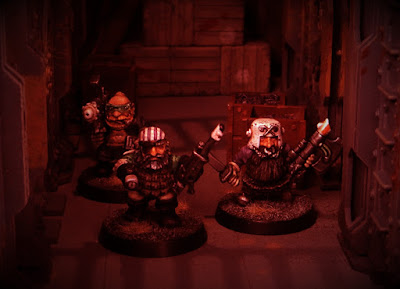 These dastardly space pirates are as terrifying  in reputation as their fashion choices!
The trio comprise another pair of actual squat pirates, with a squat adventurer who is also rocking the pirate look, complete with eye-patch and bandana. 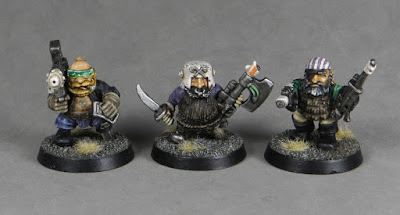 Quartermaster Dvarn is probably the most squatty squat ever. He has an axe-rifle, biker helmet, pierced nose AND a full body beard tucked into his ammo belt! His left arm is part of the original sculpt - I just added the knife hand and sculpted the right arm. 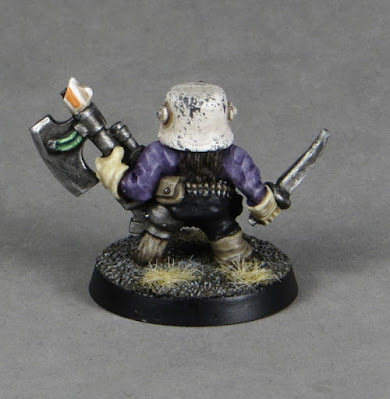 Gunner Gunnerson has a fabulous set of shades to go with his nonchalant cigar. And a peg leg. And a braid down the length of his back. He also probably waxes his moustaches. The arms and heavy bolters are from Uscarl Miniatures space dwarves. 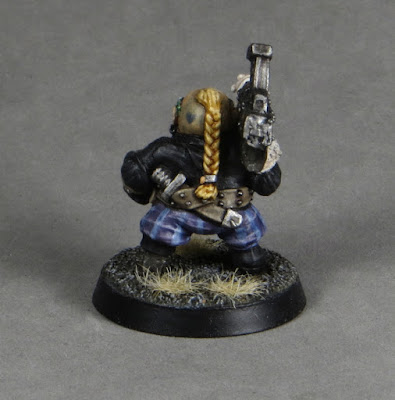 Finally it's Orlaf, a human crewman. Orlaf is a squat adventurer with the addition of a plastic right arm and the left arm liberated from a squat biker. 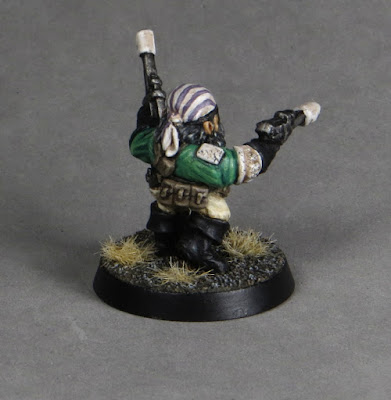 The entire crew is looking much more menacing now when fully assembled! 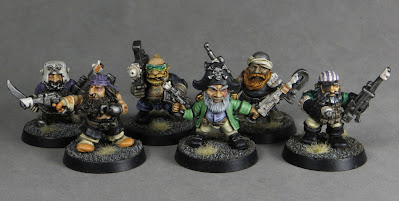