In anticipation of playing on Nico's amazing 3D Space Hulk board in a few weeks time, I've been working on a squad to use in the game.

I would be required to use a standard 5-man Space Hulk Terminator squad comprising 1 Sergeant, 3 Terminators with storm bolters and 1 Terminator with a heavy flamer. I wanted to try and put together a proxy unit rather than run with standard Terminators, so I rooted through my boxes and found some unloved Limited Edition LE10 Power Armoured Marines sculpted by Bob Naismith. Having already converted and painted one of these as my Rogue Quest Paladin a few years back, I figured a full squad would tick the right boxes.


There is limited opportunity to convert the LE10 marines with their closed poses and heavy level of detail. I figured I could keep one unmodified and do a few head changes to vary poses. Adding in a big guy also appealed! 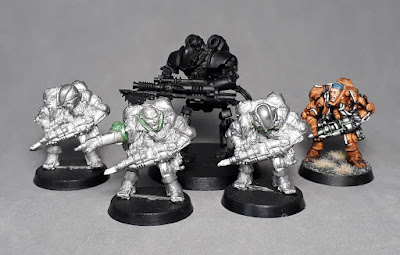 In the group shot above you can see (from left to right) an unmodified trooper, sergeant, Forgeworld Thallax robot, altered pose, and my original figure with his visor removed.

The Forgeworld Thallax is clear a homage to the older sculpt, and was a shoe-in to be part of the unit. The modified trooper (2nd from right) had his helmet cut off and repositioned, as well as his legs twisted. I also later removed his chain blade weapon attachment. 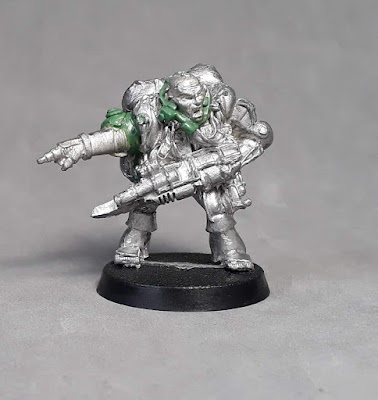 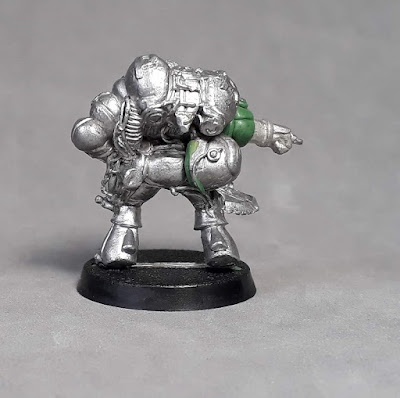 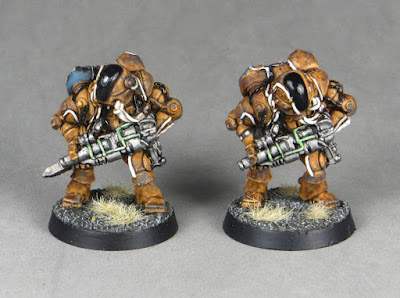 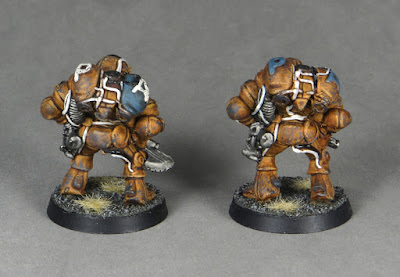 I gave the Thallax the same treatment and was pretty pleased that it blends in nicely, in spite of the modern crisp sculpt compared to the soft cruder 1980s figures. 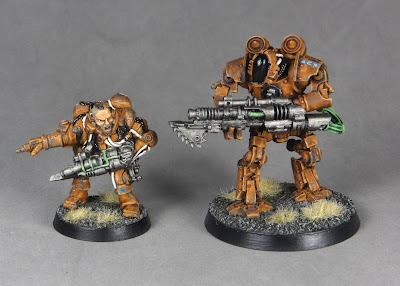 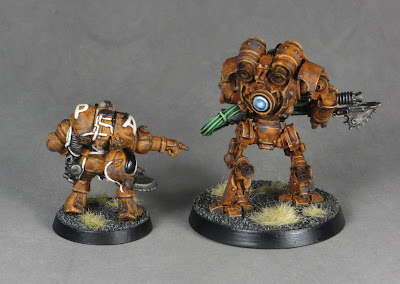 All in all I'm pretty happy with the resulting squad - I think they look suitably mercenary and beaten up - just the kind of crew to go wandering a space hulk in search of a payday! 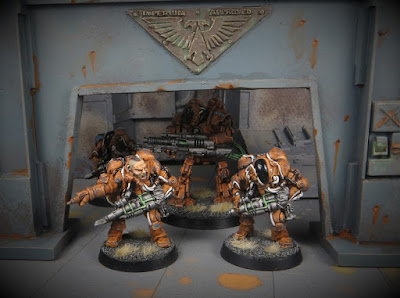