The Rookie and the Old Timer - More Adeptus Arbites

I know I said only the other week that I wasn't planning any more Adeptus Arbites / Enforcers / Venators for my Necromunda campaign. But our campaign Arbitrator is planning a juve race multiplayer game this week. And the 250 creds received in the downtime phase of the campaign had to be spent on something to counter all the ambots people seem to be painting.

To that end, I've made a cadet (who will be a proxy Orlock juve as Venators can't get juves) and the ultimate anti-big thing champion. 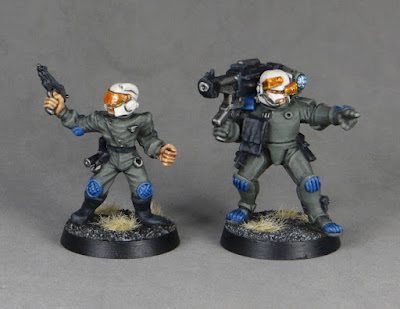 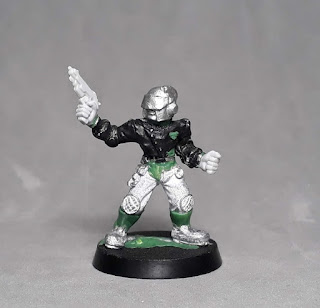 I spliced all the pieces together, reworked his boots and hid the joins. I think he shares enough detail so that it could be a cadet uniform. I'm no expert on Judge Dredd lore, but I'm told that judge cadets are a well-established concept in 2000AD, and there's no reason to think this couldn't be the case in the 41st millennium. 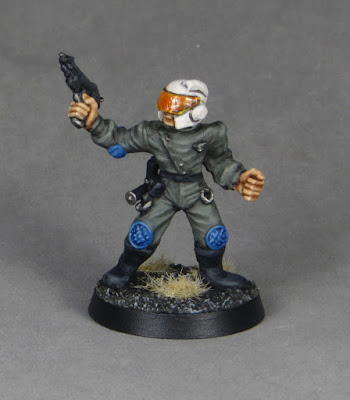 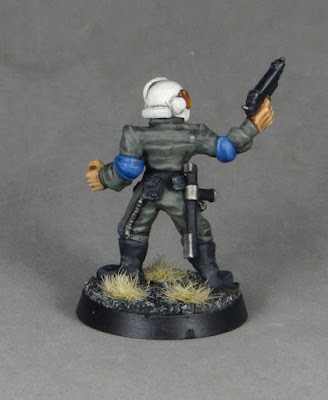 A lascannon in Necromunda is something of an overkill weapon. But with a severe lack of hard-hitting guns, I figured it might be fun to use one. I based the figure on the body of an early 2000s Enforcer. The pointing hand came from the Adeptus Arbites champion I based my captain on. 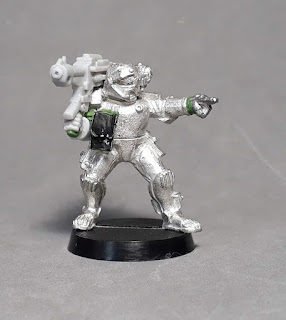 The chest pouch covers the damage caused by removing the original right arm and was from the same Imperial Guardsman who donated the torso of my cadet. The new right arm is from a 2nd edition plastic space marine arm, while the lascannon is the old classic Rogue Trader IG one. 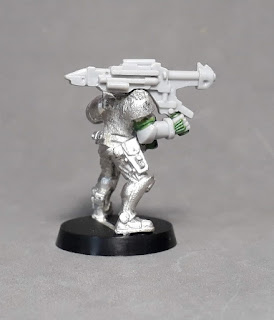 It's more than likely that this very expensive new addition to my roster will be spectacularly ineffective and/or die dramatically in his first game. But there's a chance that he might prove to be deadly! 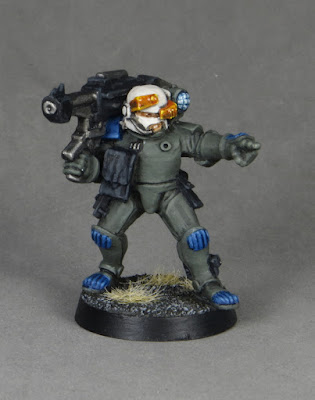 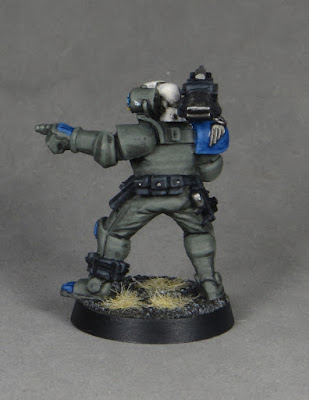