The Path to Damnation (Part 4) - Beastmen

With my Adeptus Arbites out of the way, I can now switch attention back to my Rogue Trader chaos warband. If you recall from my first post about this warband, one of the groups of followers I rolled up was 6 beastmen with autoguns.

This was a little problematic as Citadel only ever released three beastmen for 40k, all Imperial. 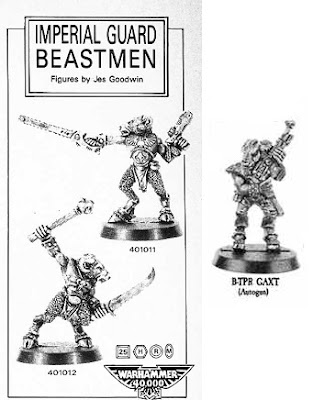 One (beast trooper Gaxt) is perfect, needing no modification at all. The packmaster doesn't really fit the brief, whilst the close combat beastman seems to be co-opted from Warhammer Fantasy.

I recruited a Gaxt, and then set about mulling the problem over. The only real solution was to convert up some more beastmen in the style of Gaxt. I figured I could do this by selecting some suitable 40k figures and performing some leg and head swaps, so that's what I did!

Here are the first three beastmen for my chaos renegade's warband: 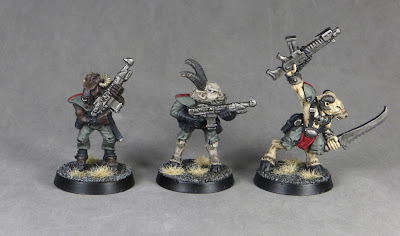 First up is Gaxt, completely unmodified. He is actually one of my very favourite 40k figures of all time, and this is the second time I've painted him. This time round he received a dark fur / skin tone (as opposed to my original pale skin). I gave him the same grey clothing as the ratlings, but limited the level of red to a single stripe on the shoulder pad. This allows me to interpret it as a unit marking (for an Imperial beastman unit) or allegiance marking (for a newly turned chaotic beastman unit). 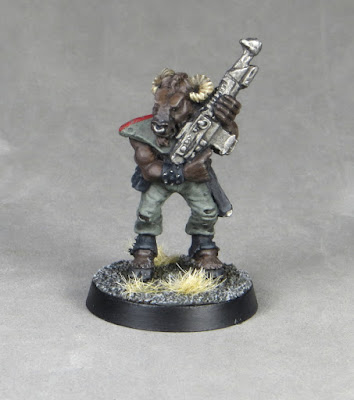 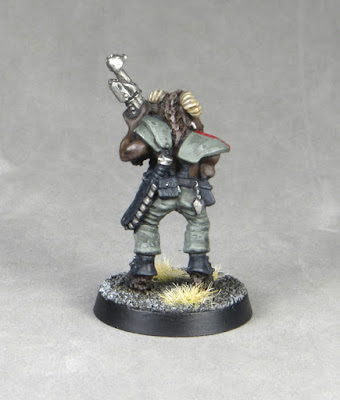 Next up are the two converted models. The first was an adapted 40k beastman, whilst the second with the straight horns was converted from a RT Imperial Guardsman and a fantasy beastman. 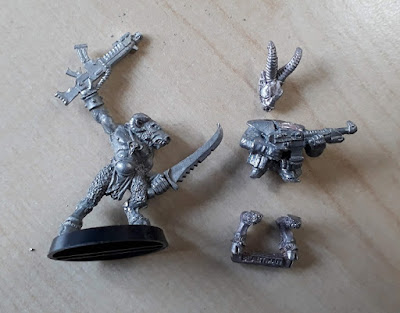 I removed the Imperial Guardsman's head and legs a the knees, doing the same with the beastman, before joining the parts together. A little sculpted fur and some ragged shorts covered the damage. 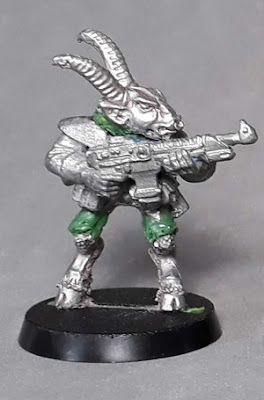 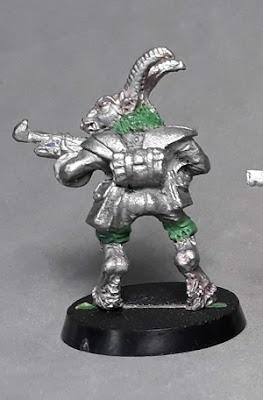 I opted for paler colouring on Straight Horns, with a darker muzzle and skin around his hooves. I was worried that the sleeves and gloves wouldn't look feral enough, but actually I quite like him now he's painted up! 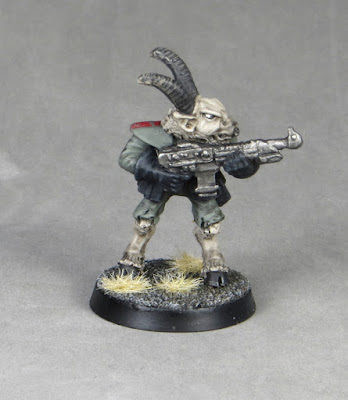 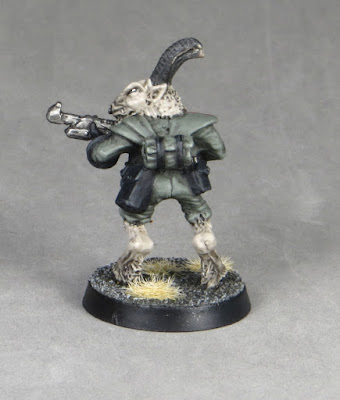 The final figure of the trio was given an array of new gear, including braces, shorts, pistol, and of course, his autogun (taken from a Necromunda Redemptionist). 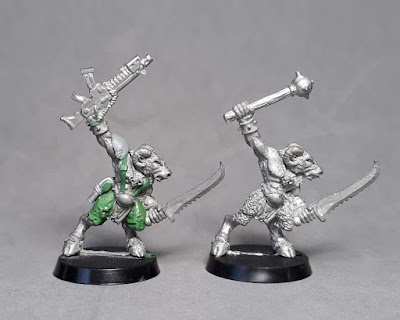 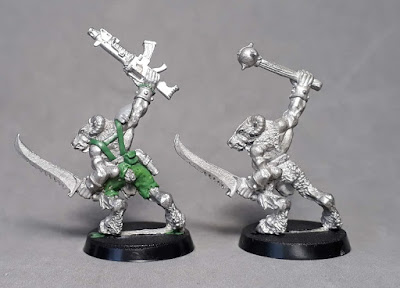 He received the same colour scheme again, just with a touch more red on his loincloth (I figure this guy might be a sergeant, with the plasma pistol packmaster being the ranking officer?). Hopefully the additions have been sufficient to turn him from a fantasy-looking figure to a sci-fi one. 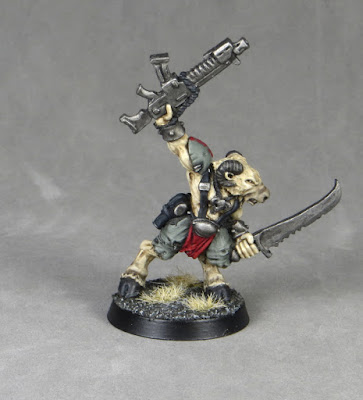 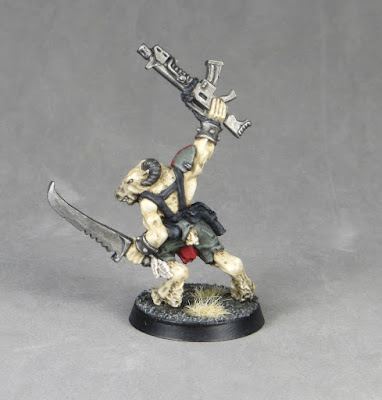 I'm looking forward to showing you the next trio of beastmen, including my heavy weapons trooper!


Read more about this warband: