Following my initial trio of beastmen, here are the remaining figures needed to fill my 6-strong squad rolled up for my Chaos Champion's retinue. This time the trio also includes the squad's heavy weapon, giving my warband it's only significant firepower! 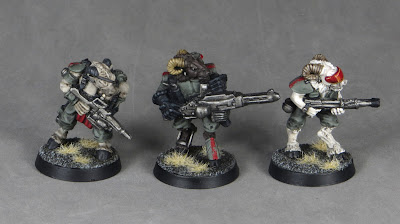 The first of this group is a hulking bruiser of a beastman made from one of the early space marine scouts. Like the previous figures, the conversion is essentially a head and foot swap (beast parts from yet another RT beastman with combat weapons), with some sculpting to conceal the joins. 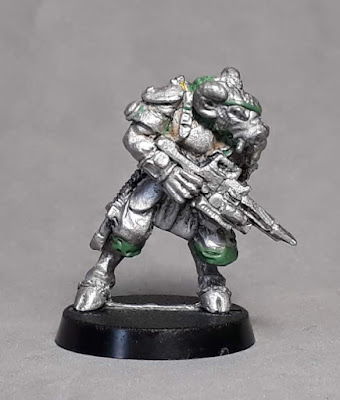 I also added a little narc stick by gluing a short length of paperclip into a hole I drilled in the corner of his mouth. The eyepatch is a little nod back to the original scout (who also sports an eyepatch). 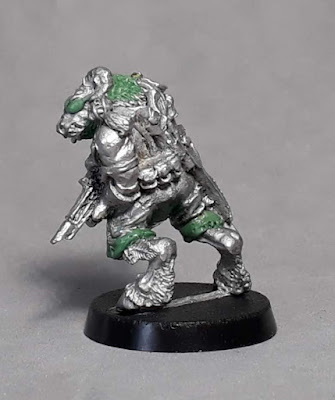 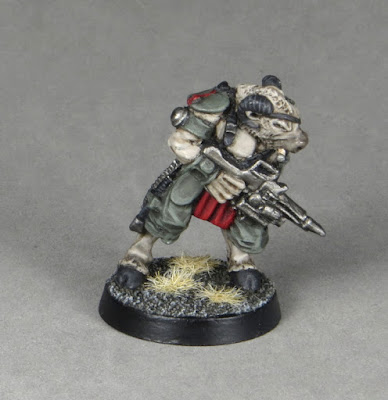 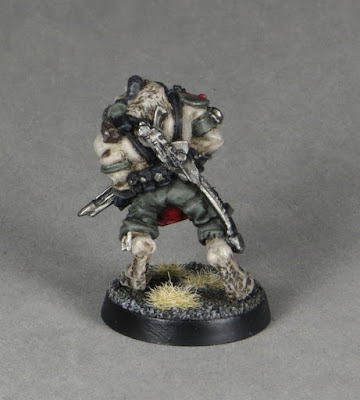 The squad's heavy weapon is supposed to be a heavy bolter, but I elected to use the Chainsaw Warrior with reaper cannon as the base for the model. It allows me to be a little more flexible as to which weapon it could represent across a couple of different games. 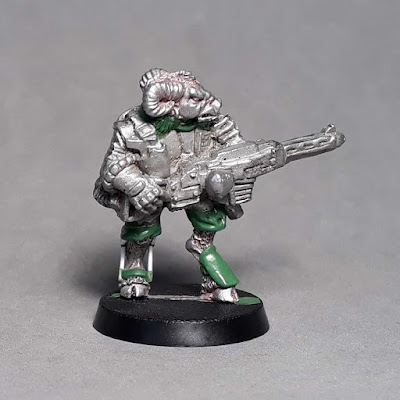 I carefully cut the Chainsaw Warrior's head away to retain the head-mounted sight, and tried to bulk up the legs with additional armour and a support frame to avoid the figure looking too top-heavy. 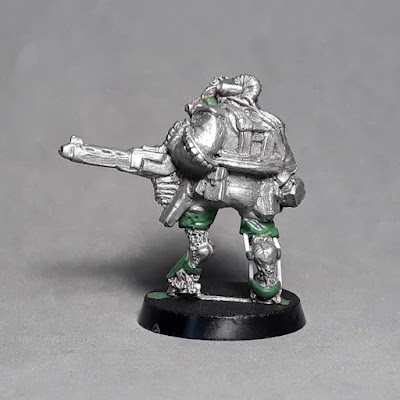 I'm pretty pleased with the resulting figure - it has a nice sense of weight and motion I think. 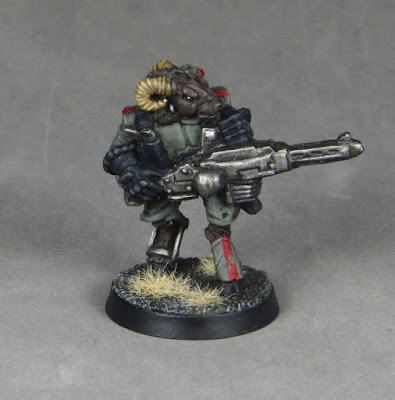 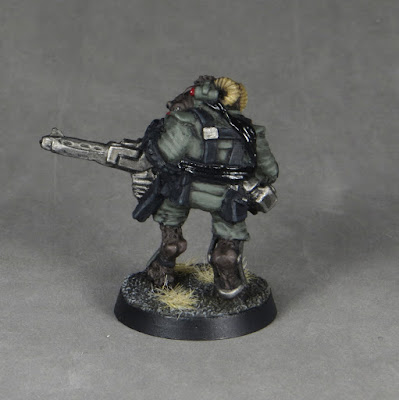 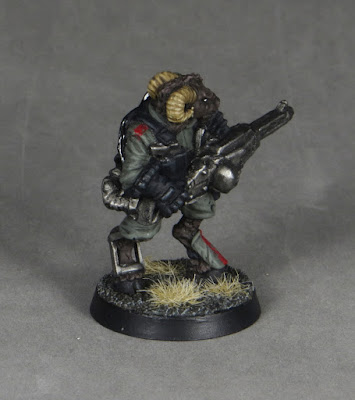 The final figure of this group is my favourite of the lot. I wanted to try and evoke a little of the imagery of the 40k beastmen pictured in Tony Ackland's illustration from Slaves to Darkness (see above). I felt the best way of doing this was to recreate a visor in homage to the visors, goggles and sights that Tony's beastmen are festooned with. 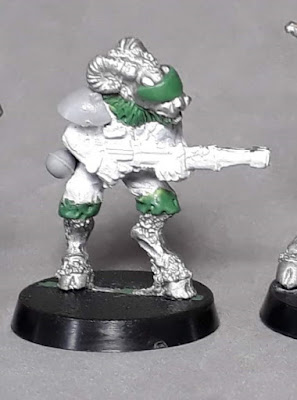 Once again, this is a Rogue Trader Imperial Guardsman (with a lasgun that will count as an autogun). I did the same recipe head and leg swap, just adding a wrap-around visor in addition to the other details. 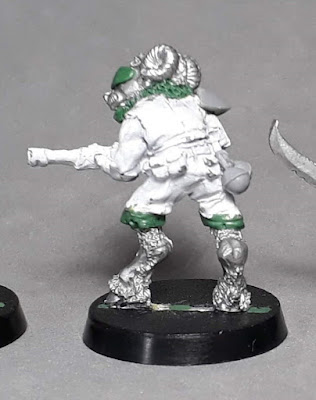 Given that this guy looks like he fancies himself to be a little more stylish than his fellows, I decided to give him white fur and a mirrored red finish to his natty visor. 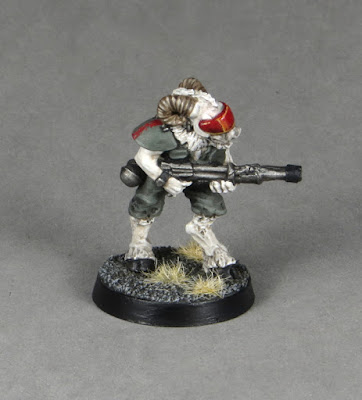 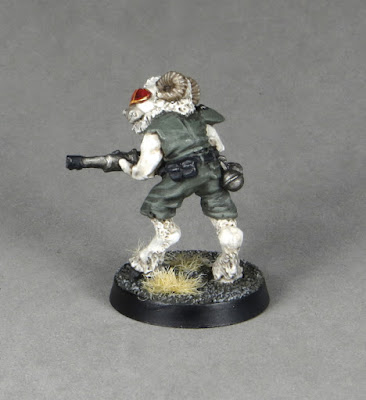 As a group, I think they really give the impression of being 100% Rogue Trader. They're sufficiently full of menace to easily be renegades, but can also happily join up with Imperial forces as they have no overt chaotic imagery. 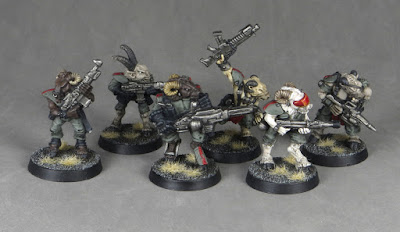 I think making these has been one of my favourite projects for some time, and I can't wait to add some more to the squad. 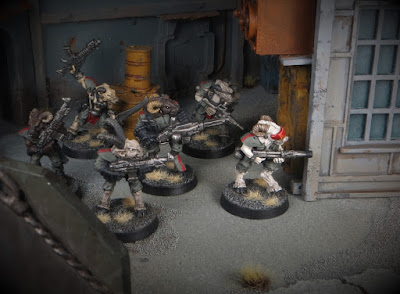 Read more about this warband