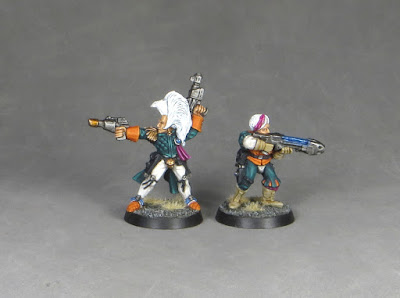 Zoku is the fourth unreleased Bratt I've painted for this gang, with just the Bratt leader to come. He's one of the most jaw-dropping in terms of his fashion choices, teaming his quasi-military tailcoat with tight fitting trousers, an enormous bouffant hairdo, and numerous skull accessories. 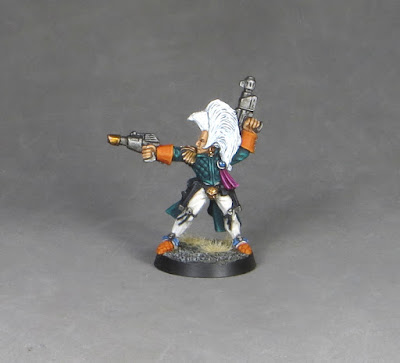 The obvious weapon choices for a Bratt with such an ostentatious outfit, are is a pair of pistols so he can pull off all the cool moves. 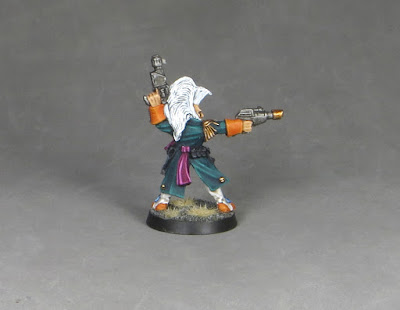 Like the other unreleased Bratts I've painted so far, Zoku appears to be based on an earlier Bratt - this time one of the Limited Edition ones. 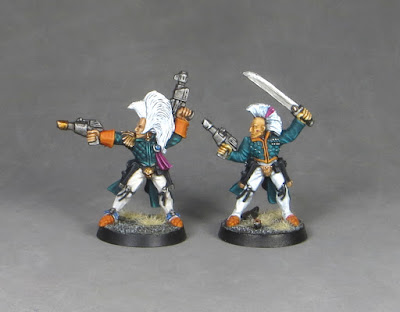 I knew when I was creating the Bratt gang list, that I wanted some additional firepower (over and above the lasguns and laspistols that most of the Bratts seem to be armed with). Plasma guns seem suitably exotic for Bratts to use, so I set about making myself a new Bratt - Sebastien: 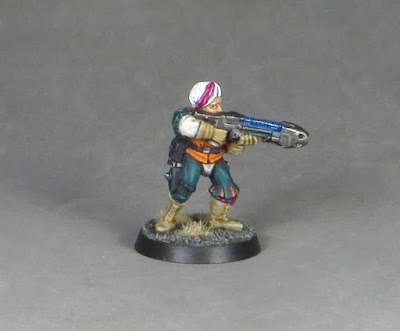 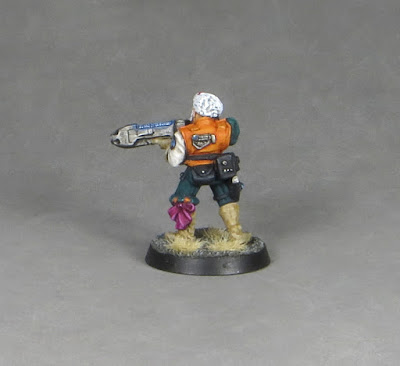 Sebastien is created from the lower half of an Empire swordsman and the top half of a classic Imperial Guard storm trooper. 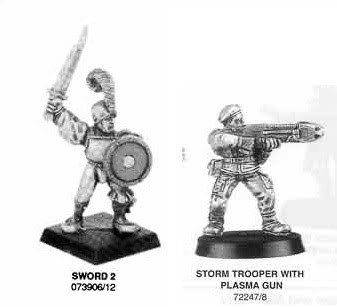 I removed the beret from the storm trooper, then set about adding new boots, gloves, sleeves, hair and a host of other elements, some of which you can see from my WIP pics below: 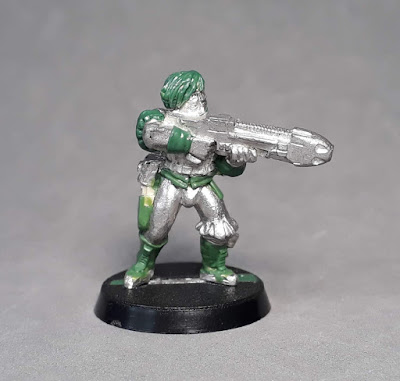 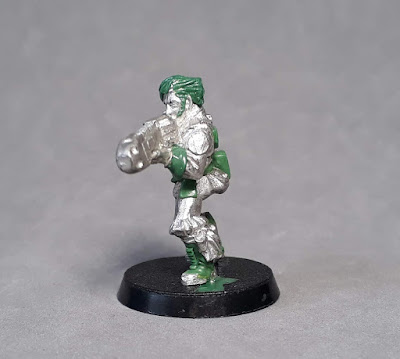 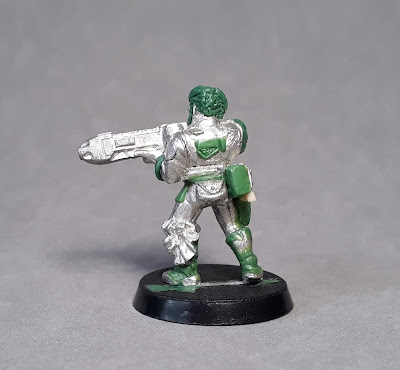 All in all, I'm pretty happy with how Sebastien came together. He's not as flamboyant as some of the other gang members, but sometimes the 'show' isn't just about the outfit - it's about the guns as well!