A Man's House is His Castle - A Scratchbuild

Whilst I've put together a small selection of buildings styled after the Helsreach illustrations in Rogue Trader (like this or these), I've not made any larger centrepiece type structures in the style of this hillfort:

I've been thinking about making a building in homage to the above illustration, but its quite a daunting prospect. Happily, I discovered some cheap household items in my local discount store, which I figured would be good basic shapes to make a practice build using some of the techniques I would employ on a hill fort.

My plan was to upturn the pill shaped one and use it as a bastion, with some of the square holes as windows. The one with multiple compartments would be a series of small rooms around an enclosed courtyard.


After I got the two bathroom tidies home, I started to play about with some of the parts I could used to accessorise them.

Although I hadn't finalised the configuration, in particular the transition between the two different plastic elements, I wanted to make a start on working out the shapes. Step one was to add some foamcard roofs to the 'rooms'. 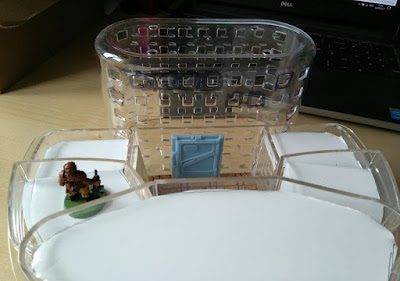 At this stage I wasn't entirely happy with the build. I didn't like the transition between the two 'buildings'. I didn't like the relatively low playability element either. So I got out a sheet of foamcard and started messing around. After an hour or so, I had a new section to the building - a big new set of  blast doors, a terrace and some steps. 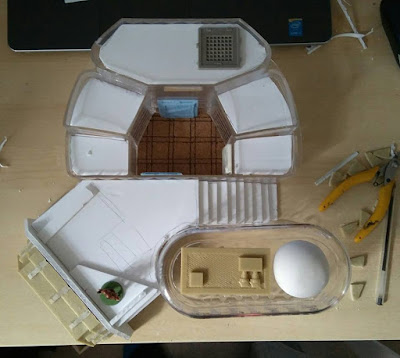 The construction is entirely from foamcard, cut on the hoof and stuck together using a hot glue gun. The resin entrance way is a bunker section (no idea where from) that I stuck on its end and trimmed to fit (there's a plastic blast door in there from Maelstrom's Edge too). 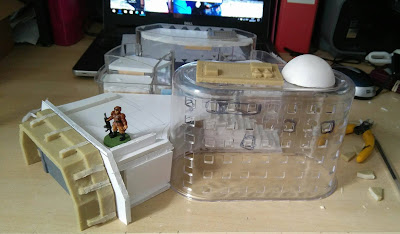 The new transition section changed the whole look of the building, altering the size and footprint, as well as inserting playable 'gaming area'. I also much preferred the asymmetry that resulted from the new parts.

Next step was to add a bit of detailing. I plundered the Maelstrom's Edge plastic terrain accessories for some doors and windows, and covered most of the square holes in the taller building with thin card. 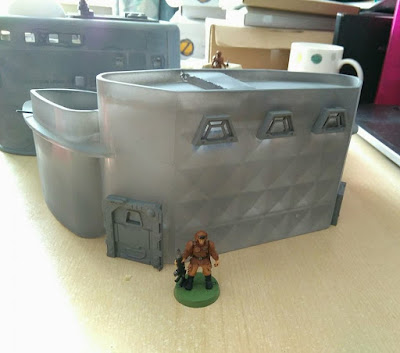 I added some more resin parts (like the little console above the blast door), and shaped some foamcard to add interest to the flat sections. 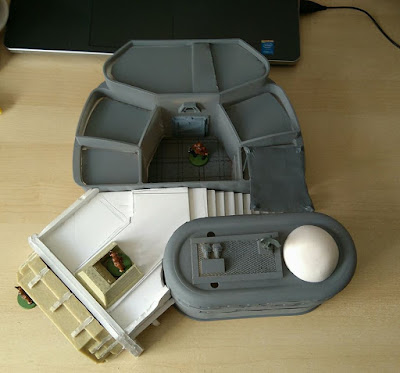 After the base build was completed, I liberally spread a mixture of filler and sand across pretty much the entire structure. As I went, I textured the filler using a scouring pad (the kind used for dishwashing). The render took three sittings (I think) and plenty of drying time between. 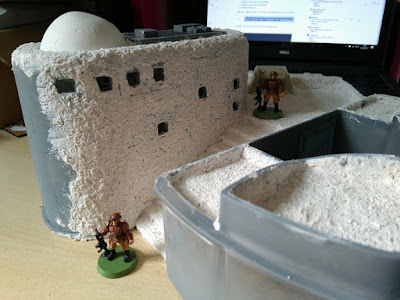 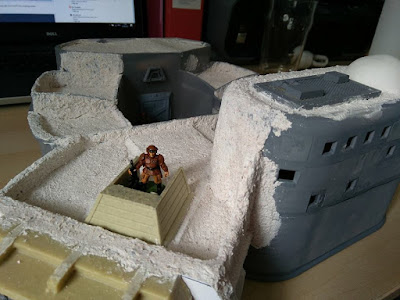 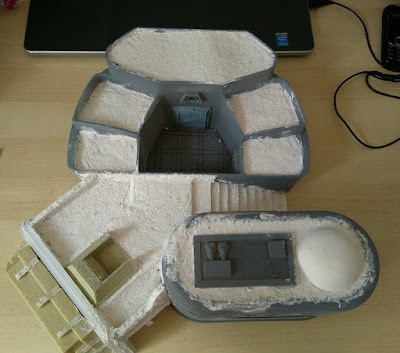 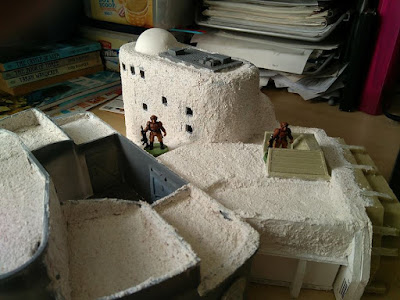 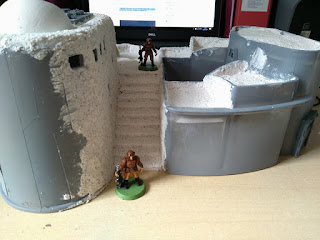 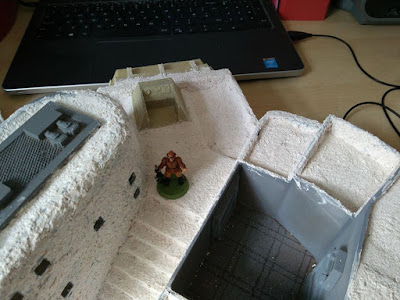 Once the whole thing was covered in render, I couldn't resist setting up a little townscape, just to see how it was going to look! 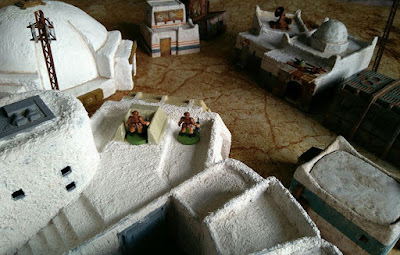 I haven't ever built anything of this size before, and certainly nothing other than detailing of basic boxes. I'm pretty pleased with the results so far, and am looking forward to having a finished, painted building shortly.

Next steps: sanding down some of the rougher texture and addition of a few more detail elements, before adding some paint!
Posted by axiom at 15:55