I'm continually on the lookout for more terrain suited to Helsreach on Logan's World. The backwater fringe adobe structures mixed with ramshackle tech really appeals to me.

I was really pleased to hear that Fogou Models had another, slightly larger building in the works. 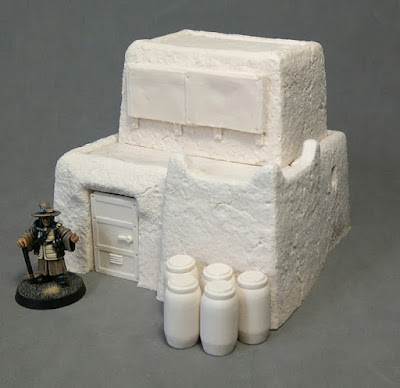 The new building is a two-storey affair, again with separate doors and lift-off roofs. Mine was supplied with the 5 jars shown, which are waiting some details before being finished. 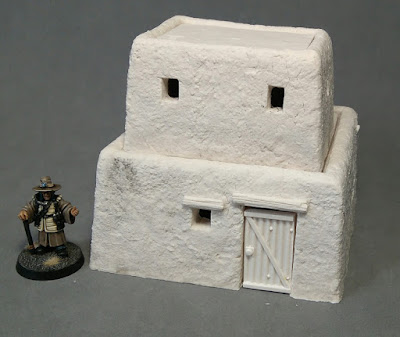 I decided to paint my version up as a low-rent bar. I used the same techniques to paint the white adobe, adding some colourful stripes by masking off the areas to get a straight(ish) line.


The sign and doors got some weathering (sponges and washes again). I attempted to mimic the lettering from some of the Helsreach illustrations on the sign. 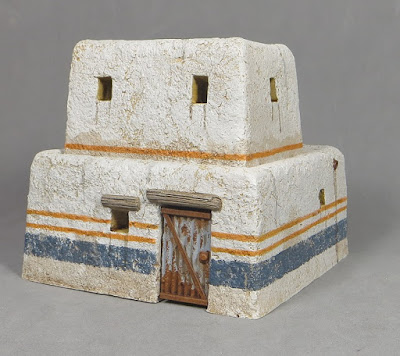 The Fogou buildings really are a dream to work with. Solid, easy to assemble and produced in an excellent resin that takes paint well. The texturing on the adobe buildings is great, as is the detailing. I really hope there are more buildings to come! 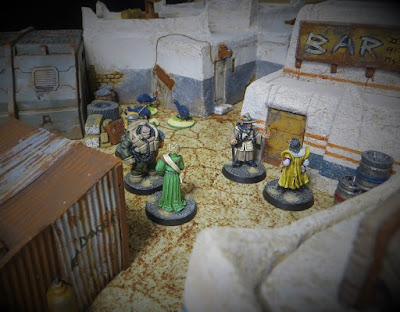