You may have read my previous post about the inception of a new, shorter statured Kill Team.

I'll be using the troopers in support of an Inquisitor and the closest members of his retinue. And here they are!


As soon as I decided I wanted an Inquisitorial Kill Team, I knew the ratling Inquisitor had to be an imposing figure, in spite of his small stature. He needed to be clearly an agent of power, rather than a figure of fun. To my mind, nothing says 'imposing figure of power' more than some really decent robes and a custom suit of armour. Similarly, I wanted a hard-as-nails right-hand man for the Inquisitor to represent the Crusader (a heavily armed hand-to-hand fighter in carapace armour).
﻿
My starting point for the Inquisitor and his crusader was this pair of figures - a chaos familiar and a Halfling blood bowl player. 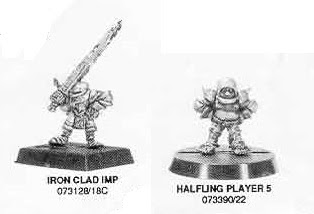 I wanted my Inquisitor to evoke the Ordo Malleus Inquisitors, so I sculpted a robe and changed the shape of the helmet. The backpack is from Denizen's 25mm range I think, while the chest piece is a cut down gasmask from Victoria Miniatures. The Inquisitional symbol came from my bits box (not sure of the source), while the little creature is hamadrya who usually accompanies Huron Blackheart. 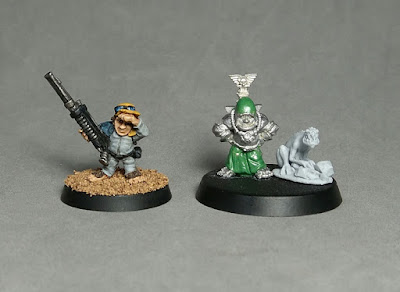 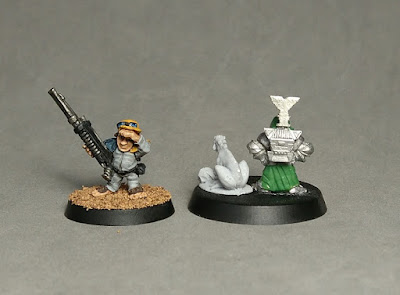 The crusader also had some extensive conversion work. The familiar was really too small and slight to be used unmodified, so I removed the head and replaced it with a plastic Admech Skitarii head. I bulked out the breastplate and gave him bigger boots. I also, sculpted cloth over the chainmail loincloth (not pictured below), swapped the sword for a power maul and added a storm shield to his back.
﻿ 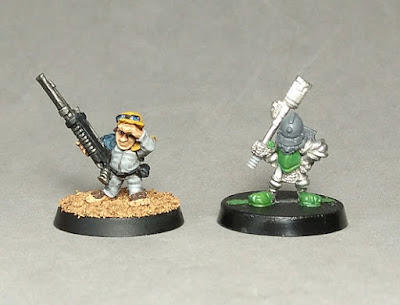 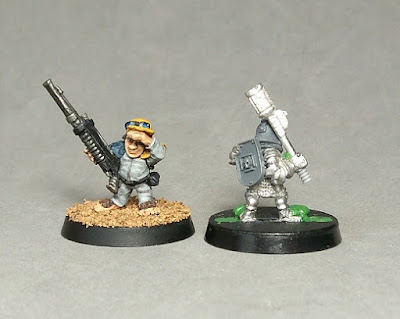 I think the resulting pair look pretty rock hard. For ratlings that is. I suspect you'd think twice before messing with them!
﻿
﻿
﻿ 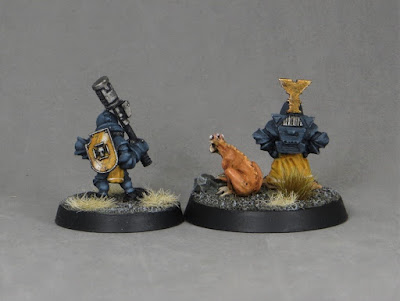 The next pair I painted up were a personal robot and psyker. Both are unmodified figures - Panadol, the psyker was the original starting point for the group, and is by Four A Miniatures. I simply painted her in the same blue/yellow/grey as the rest of the team. The 'bot is a much more venerable figure - it's part of Citadel's 15mm Traveller range c1983. He's rather nicely sized for a ratling scale robot I think. 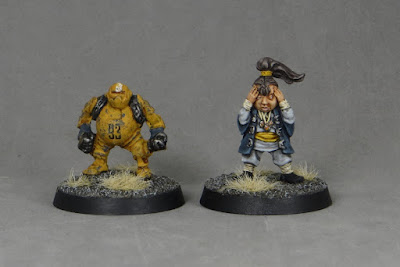 The final member of the team is the ratling from the Rogue Trader mercenaries range, know as Shorty. It may not be immediately apparent, but my Shorty isn't as short as all the other Shorties out there. I never really liked the fact that Shorty was shorter than the other ratlings, and that his feet emerged almost directly from his belly.

To rectify this, I cut off the figure's feet below the knee pads, and pinned them back to increase the height. 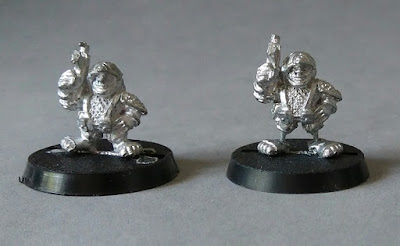 After a bit of greenstuffing, Shorty was a tad taller and roughly comparable to all the other tall ratlings. 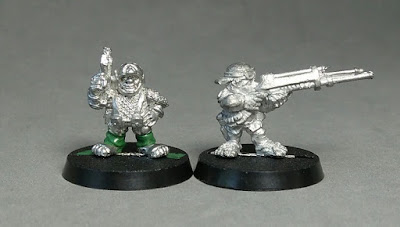 Looking at the comparison photos now, I'm wondering if it was a lot of hassle for fairly minimal gain! 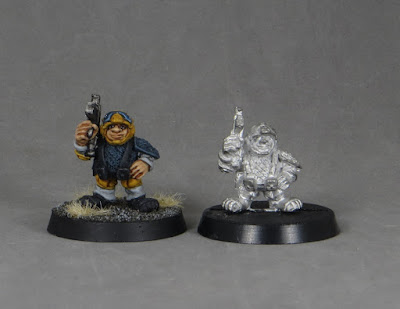 I hope you like the resulting Kill Team. They'll be in action this weekend - I can't wait to see how they get on!﻿
Posted by axiom at 13:21