Nearly two years ago, I attended the excellent Bring Out Your Lead event, hosted at Foundry. One of the many attractions was to have Kev Adams sculpt a new face on a model in exchange for a charitable donation. I was wholly underprepared, but managed to find an Imperial Guard ratling. I tasked Kev with sculpting my face on the wee little chap. I am 6' 4" (193cm), so a diminutive ratling seemed rather ludicrous and therefore highly appropriate! 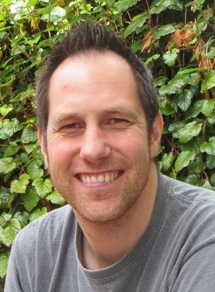 And here's Kev's version of my face:
﻿ 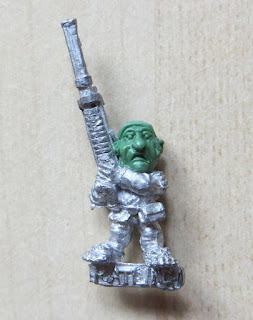 Ratling me has sat for the last two years, waiting patiently for a suitable project. Happily, with the release of Shadow War: Armageddon, and my Imperial Guard Kill Team, it was the perfect excuse to use him. He'll represent a Guardsman armed with a sniper rifle. Note I've given him a few boxes to stand on so he's roughly the same height as a standard human Guardsman and therefore gains no bonuses from being annoyingly small.

Noj 'hot-shot' Underfoot is a supreme sniper specialist. He was drafted into the crack Kill Team, Finnegan's Rifles as a scout and infiltrator. Like all ratlings, Underfoot is small in stature and stealthy - ideal attributes for a scout trooper. He lacks the sunny and irreverent disposition that most ratlings are known for - instead displaying a serious and highly structured approach to his sniper discipline. 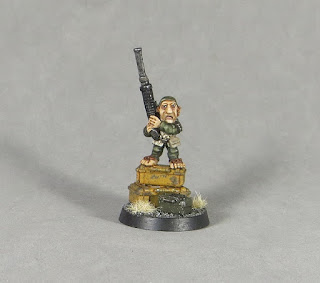 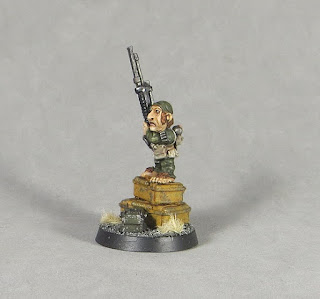 The rest of the Kill Team have clothing and equipment in a range of earthy and camouflage colours. I stuck to the same palette for Underfoot so he'll tie in with the rest. 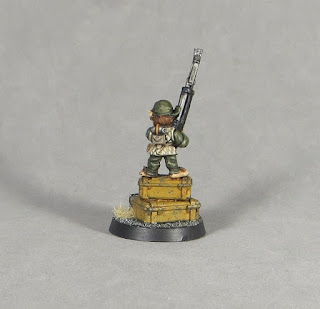 Aside from the new head sculpted by Kev, I made one other minor addition in the form of a little backpack. This is actually a grenade and pouch from the plastic Space Marine scouts, but it works nicely as a pack for a ratling! 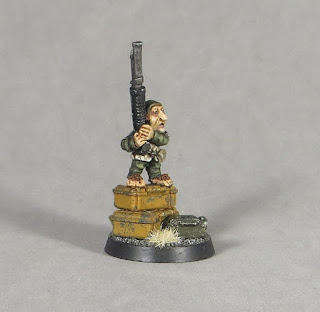 I'm hoping to have another four more members of the Kill Team painted over the next week or so. They certainly all need to be ready for the new campaign starting at the end of the month!﻿
﻿
Posted by axiom at 12:57