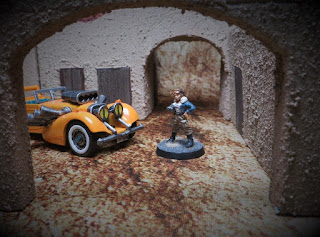 I had arranged to meet Wyld later that morning at a kulfee house just off the bazaar, but I rose early with devotional prayers ringing in my ears from the public broadcasts across the Urkar dawn. I resolved to orientate myself in the city, and discover the bazaar first-hand. After first tucking my small Boringen pistol into my waistband as security, I gathered up my old flight jacket from my stalled career as a pilot, and headed into the early morning haze. 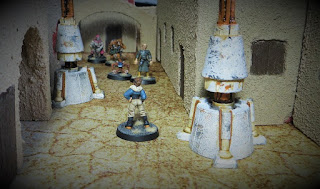 In spite of the early hour, the alleys and thoroughfares of Urkar were busy - I assumed to allow the city's denizens to avoid the forthcoming heat of the midday sun. The citizens of Urkar were of many backgrounds and creeds - robed desert dwellers, long-legged off-worlders, masked devotees and many more besides. 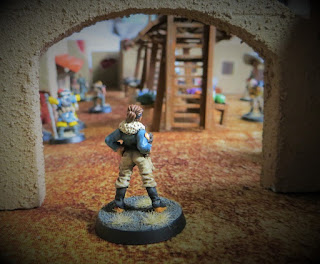 The bazaar, when I reached it, was a riot of colour, sounds and scents. Had I desired it, I could easily have purchased narc-sticks, vuln oil, a pet timerind or bolts of beautifully embroidered cloth. 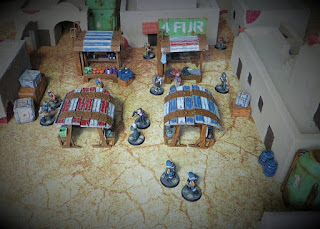 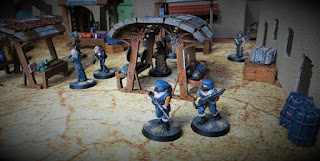 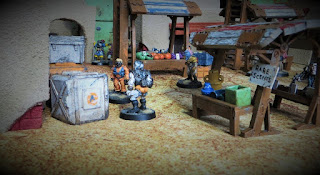 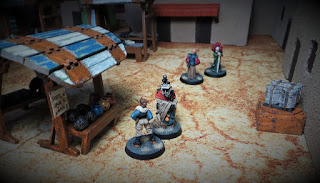 A shard of blue pottery displayed a white eye. I saw a foot broken from some ancient statue. But one item in particular made me shudder to look upon it. A piece of dark black stone; slick as if covered in the residue of some unknown sea creature. The stone was oval, and sat snuggly in the palm of my hand. It was deeply incised with an image hurt my eyes, even as I looked at it: an image of a shapeless form and tentacles too many to count.
________________________________________

You might well have read the blogpost so far, and wondered just what the hell is going on! Over the next 6 months or so, myself, Asslessman (of Leadplague) and Gretchin (of Greenstuff Gretchin) are engaging in creating a collaborative project which draws heavily on the 40k universe and the Cthulhu mythos. Hopefully this approach will allow us to create a setting for our games, as well as some interesting and unique characters to use in them.
Each character we produce is planned to be based on Cthulhu character archetypes - academics, private investigators, gangsters and so on. They will inhabit the world of Providence - a world of regressive technology and rumoured dark cults. You can read the full fact file on Providence over at our project thread on the Ammobunker forums.

My first character, and the narrator of my story arc, is Kitty Hawke, following the long tradition of plucky young women getting mixed up in situations rather more dangerous and sinister than they suppose. 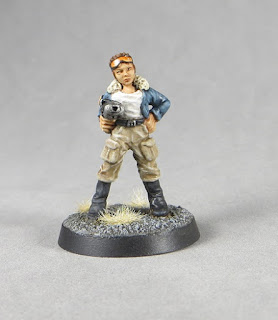 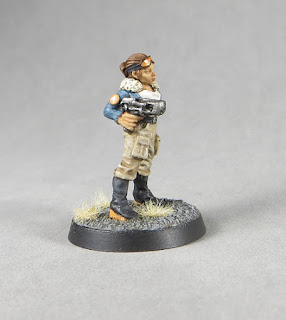 I had originally planned for Kitty to be a Private Investigator, but after completing her, she looks more like an adventuring type, so Kitty is now more of a free-radical Adventurer. 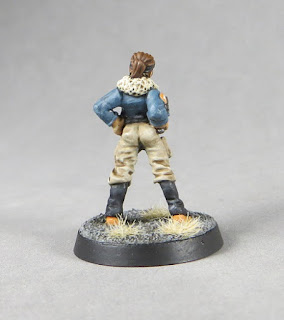 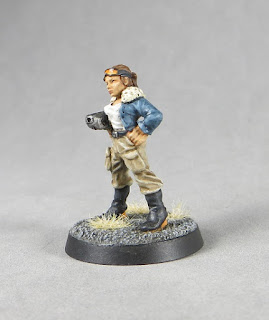 The blue flight jacket and orange accents on the boots and goggles were my attempt to ensure Kitty was recognisably a sci-fi rather than pulp figure - hopefully the colours have done enough in that regard. 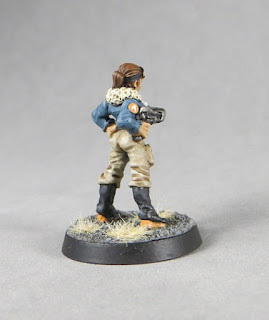 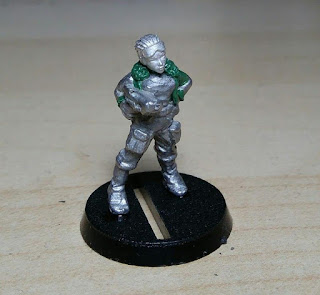 I added a pulp scale head from Statuesque miniatures, and then sculpted a flying jacket over Venus' original torso (simply cuffs at the sleeve, a left-side section, then the fur collar). 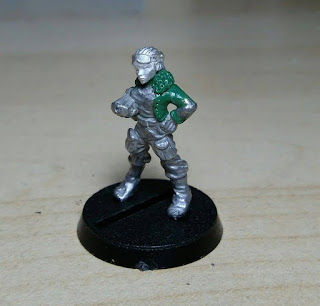 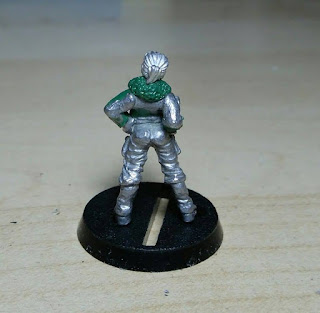 Phew, hopefully that's all clear! Keep an eye on the various blogs for new instalments in the 40kthulhu project.
Posted by axiom at 15:01